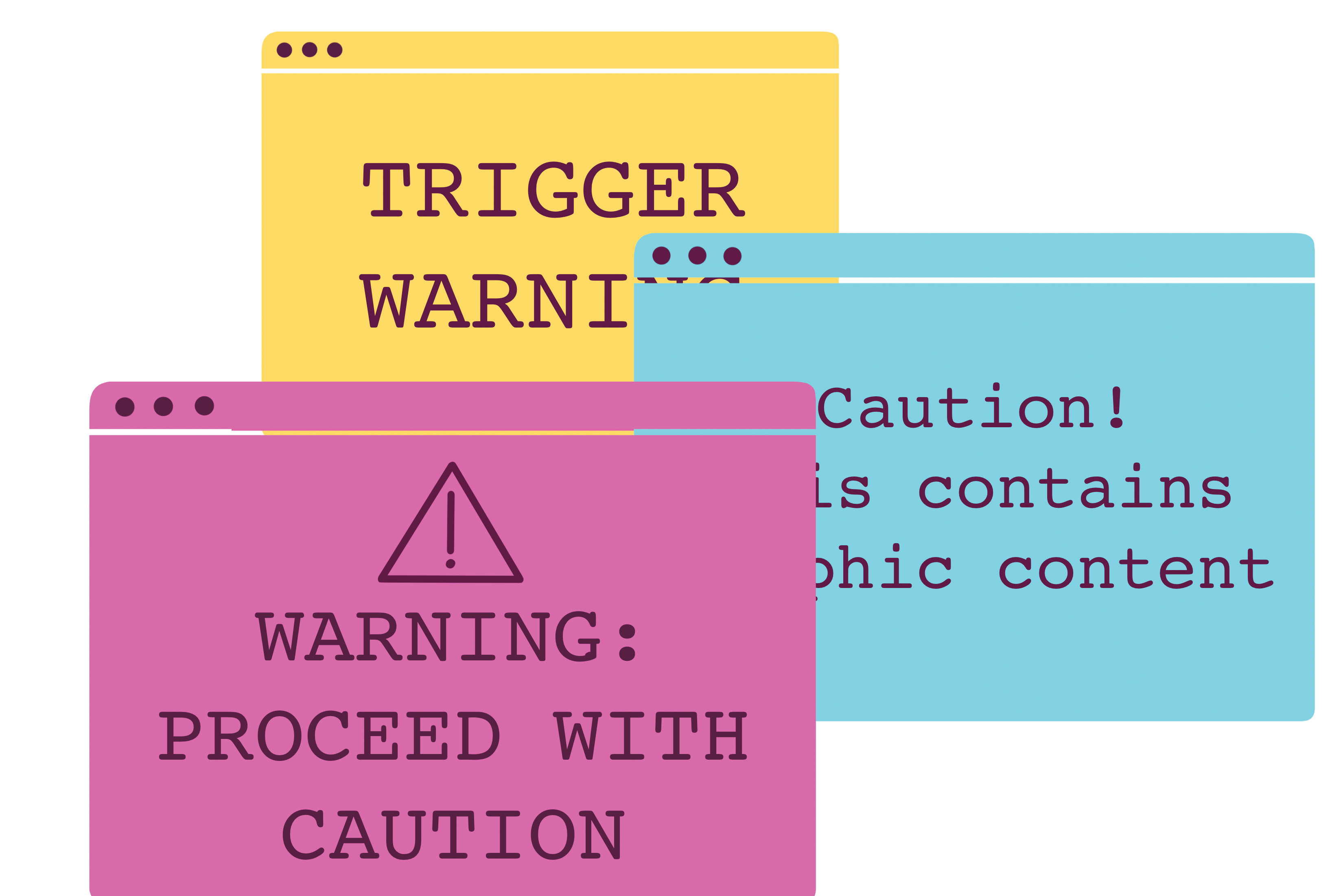 Scrolling through TikTok, I watch a woman running in comical slow-motion across her room, a lighthearted song playing in the background. Her text captions, however, tell a much darker story — one where she endures domestic abuse and struggles to escape from it.

As much as her story deserves to be told, I remember feeling rattled from watching her video without a chance to prepare myself mentally. Like many commenters on the post, I wished a trigger warning could have been added to the story.

Although present in different forms for some time, “trigger warnings” — a tag that mentions topics discussed in a post that could trigger a traumatic response — have thankfully become more prevalent on social media in the past year. On platforms including Twitter, Instagram and TikTok, users who speak about sensitive topics often start their text with “TW: blood/gore,” “TW: sexual assault,” “TW: eating disorders” and more.

Trigger warnings give users a choice of what they want to see, rather than have content thrust at them online. People can confront their anxiety or trauma if they wish to do so, and having users add trigger warnings gives other viewers the control of when and where this happens online.

Without the use of trigger warnings, this content would either not be as widespread  or would be mellowed down to inaccurately describe atrocities.

Additionally, the warnings allow social media users to discuss darker issues, from personal struggles to world news, without sugarcoating anything. In adding “TW” in front of jarring body text and images, users have been able to present a much more detailed account of anti-Asian American crimes across the country, sexual assault cases and more grim events.

The intensity of these reports bring awareness to the reality we really live in, and the increase in the number of users they can reach move more people to take action against these issues. Without the use of trigger warnings, this content would either not be as widespread — due to people’s discomfort in sharing it — or would be mellowed down to inaccurately describe atrocities.

Beyond providing spaces to discuss pressing issues, trigger warnings contribute to changing the perception around mental health as a whole. Because trigger warnings address anyone who sees them, they serve as a form of acknowledgement that people have different experiences, and a respect for their boundaries.

“I think that it is important to recognize that as much as the word ‘trigger’ is used in a way that’s different from the original intent, triggers are still valid for people.”

Although there are many strengths of trigger warnings, one concern I have is the increasing usage of people using trigger warnings ironically on the Internet, applying them as a form of humor. The word “trigger” has already been stripped down to become a colloquial term, which can cause some to downplay their mental health struggles, and others feel the word is no longer as fitting to use in a medical setting.

“I think that it is important to recognize that as much as the word ‘trigger’ is used in a way that’s different from the original intent, triggers are still valid for people,” Paly Wellness Outreach Worker Whitney Aquino said. Likewise, I hope that adding trigger warnings improperly will continue to be discouraged to maintain their constructive impact.

I’m grateful to see trigger warnings become commonplace, yet listening to my friends talk about the curriculum of some of their classes, I feel that trigger warnings should be standardized and implemented in school as well. I remember a friend taking AP Psychology telling me that survivors of sexual assault or child abuse would likely be triggered by the material in their textbooks.

In my own experiences in classes, particularly in social science subjects, I have sometimes skipped over homework readings or purposely zoned out of class to avoid listening to a topic I felt uncomfortable with at the time. While there are many teachers who do inform their class when a difficult topic will be discussed, I wish there were more standard practices — such as adding trigger warnings at the beginning of lectures and handouts, and welcoming conversations about mental health concerns — that would enable all students to avoid feeling vulnerable while learning.

“Hopefully people know that they can reach out for support if they find something that’s negatively impacting their quality of life, because they can work through their triggers, and they can heal,” Aquino said. “I want people to both take this seriously and know that there’s hope.”