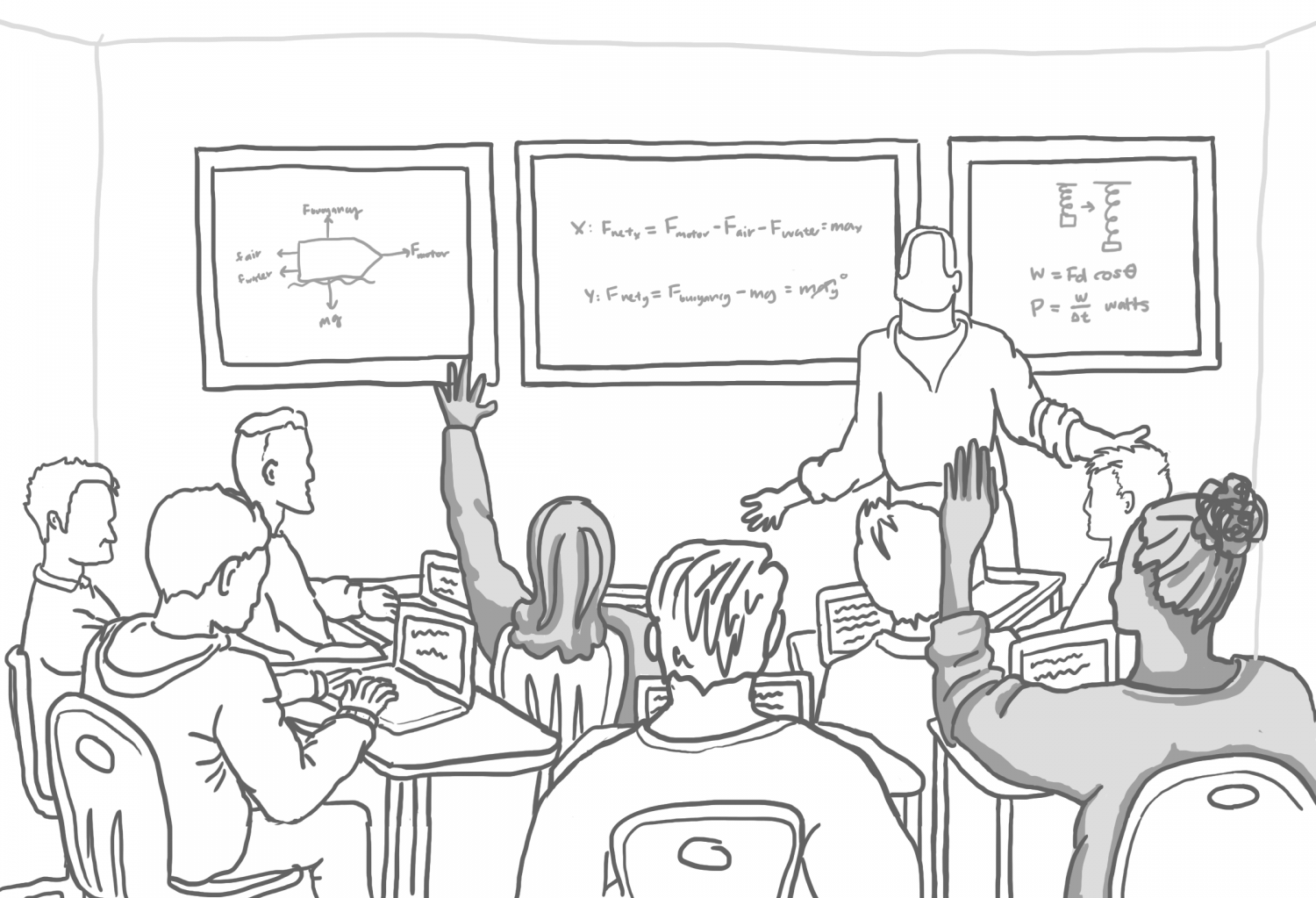 “Why are there only four girls in this class?” I remember a substitute teacher asking me in my Advanced Placement Physics class of 30 students. It certainly wasn’t the first time I had noticed a gender imbalance in this class — to tell the truth, the drastic difference was made clear to me every time I felt awkward sitting at my table as the only female student.

In contrast, my AP Biology class has few male students proportionate to the number of female students: there are only eight boys out of 27 students.

While advocates of feminism are focused on ensuring equal gender representation in the general Science, Technology, Engineering and Mathematics fields, there exists insufficient concern for how each gender divides themselves into particular subjects, and the gender imbalances in Palo Alto High School’s advanced science classes are the consequence.

The explanation I most often hear is that most male students naturally tend to prefer studying physical sciences and most female students tend to prefer studying life sciences. Despite appearing more progressive toward girls in STEM, this misconception only reinforces sexist ideas about the interests of boys and girls. I know plenty of male and female students who defy these beliefs, and who righteously take action to encourage others to follow their true passions and not the ones society has laid out for them.

More unique to Paly, the incidences of these gender imbalances can be attributed to college admissions pressure, which has led many Paly students to try to over-strategize their academic schedules. According to junior Edward Zhang, who is taking AP Biology and Physics Honors this year, the higher proportion of male students studying physical sciences has increased pressure to take said classes in order to remain competitive as a STEM applicant.

“When I meet college counselors, they’re always like ‘You’re competing against a lot of boys,’” Zhang says.

The misperception that girls are less competitive compared to boys contributes to the stigma that girls are less likely to take a seemingly more difficult class, such as AP Physics. This assumption needs to change to ease the enrollment burden on all students. Girls need to be more confident in their intellectual abilities and not shy away from rigorous classes, and boys need to be encouraged to fixate less on pressure among peers — especially when it comes to topics that spark genuine interest.

“I feel like if you have a sound recording of the class, you wouldn’t even know there were girls in the classroom.”

Although gender imbalances in science classes are accepted by most, they still have impacts in a classroom environment.

“It definitely would be nice if there were a lot more girls [in AP Physics] because whenever we have lab groups I’m always with three other guys,” Rainy Yan, a senior taking AP Physics says. “And when there’s participation opportunities, girls never participate. I feel like if you have a sound recording of the class, you wouldn’t even know there were girls in the classroom.”

The issue of unequal gender representation can be mitigated by making the perceived difficulty of AP classes equal, discouraging students from prioritizing one class over another due to intimidation.

One way to do this is by helping students fulfill prerequisite needs for science classes, which will make them more accessible to all students. Teachers can offer opportunities to meet prerequisites through summer homework, which some AP classes already implement. If summer homework is extended to more AP classes or increased for classes that already require it, material learned later in the year will be easier understood.

Don’t let gender imbalances in particular classes or what your friends are taking sway your own decisions.

Additionally, teaching strategies to lessen the sense of peer pressure, along with deliberately encouraging students to be open-minded when choosing their class enrollment, can help smooth the gender imbalance in science classes.

My advice to Paly students choosing their schedules: Don’t let gender imbalances in particular classes or what your friends are taking sway your own decisions. Your time is better spent pursuing the education that you are truly passionate about — in doing so, you become part of the change that dissolves gender stereotypes in education.

The Damore dilemma: Is Google prejudiced against white men?