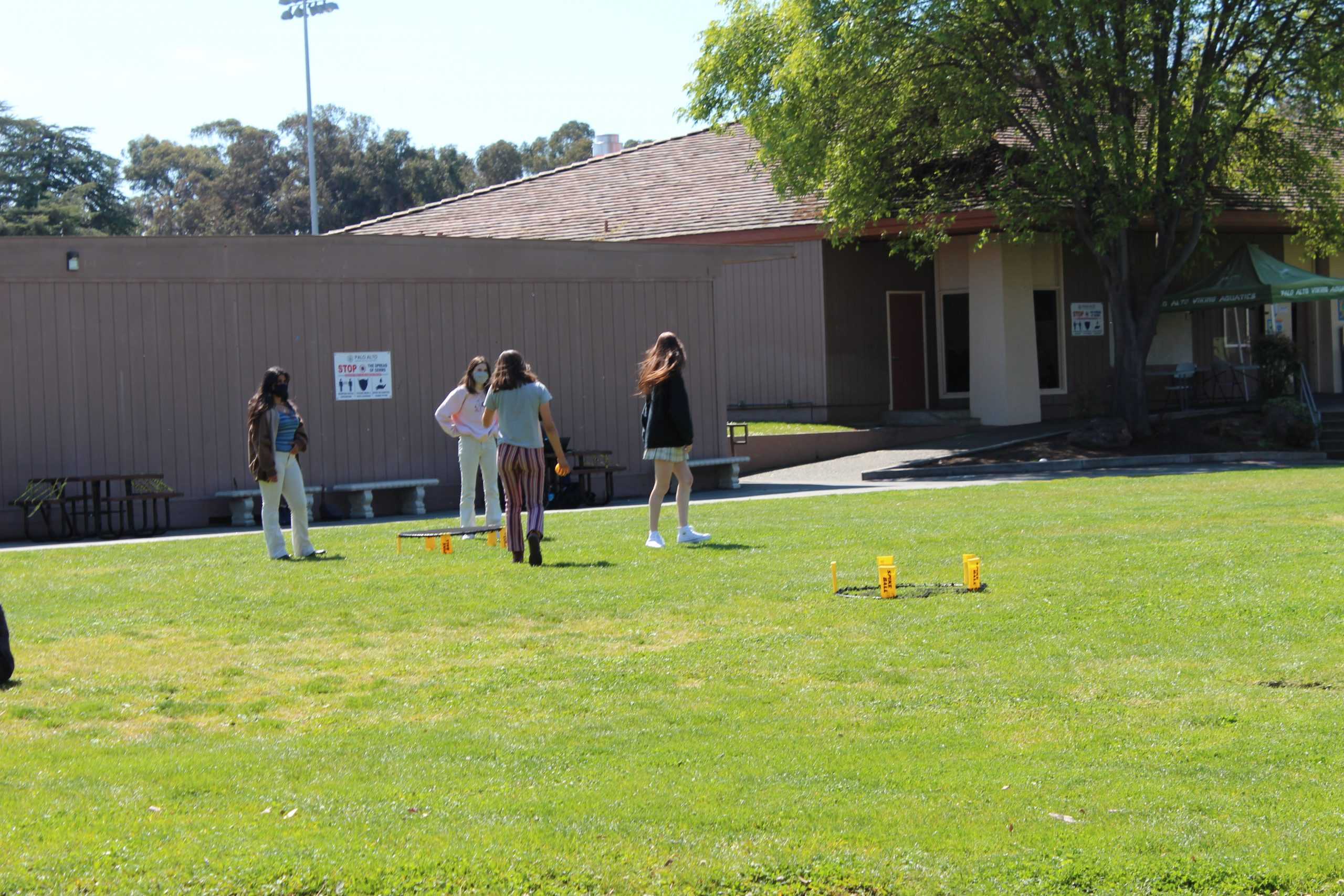 MIDDAY MATCH — A group of Palo Alto High School students play Spikeball on an empty quad last month. Sophomore Owen Kuwayti hopes the new four day schedule changes, announced on a community update, will enable more social interactions like these. “The good thing about being able to switch days in general is that now I can coordinate with friends on which days to show up,” sophomore Owen Kuwayti said. Photo: Paisley Annes

Students permitted to return to campus four days a week

Palo Alto Unified School District secondary students who requested to come to campus Tuesday through Friday will be allowed to do so starting April 27, according to a community update.

A ParentSquare survey allowed PAUSD secondary school parents to submit a request to either switch which two days their child attends in-person school, or have their child go to in-person school four days a week. The district plans to approve these schedule-change requests on April 19 for students who filled out the form, according to Assistant Principal Michelle Steingart in an email sent to Palo Alto parents on April 2.

Students who are struggling academically were invited back on campus from Tuesday through Friday this week, according to the Superintendent’s Update issued on April 16.

Junior Nathan Brown plans to come to campus from Tuesday-Friday in the future.

“I chose to do four days because … I don’t like being at home and inside all day,” Brown said. “I always need to get out.”

Brown also says going to school four days a week will also allow him to see his friends in the other two day per week cohort during school, something he is unable to do currently.

Sophomore Owen Kuwayti also hopes to be able to return to campus on all four days. Kuwayti is excited to go to campus from Tuesday through Friday to work in the auto shop in-person.

“Getting to go to my auto class [in-person] is very different because we actually get to do work on the cars,” Kuwayti said. “When we’re online, they just show us a video and then we get to go.”