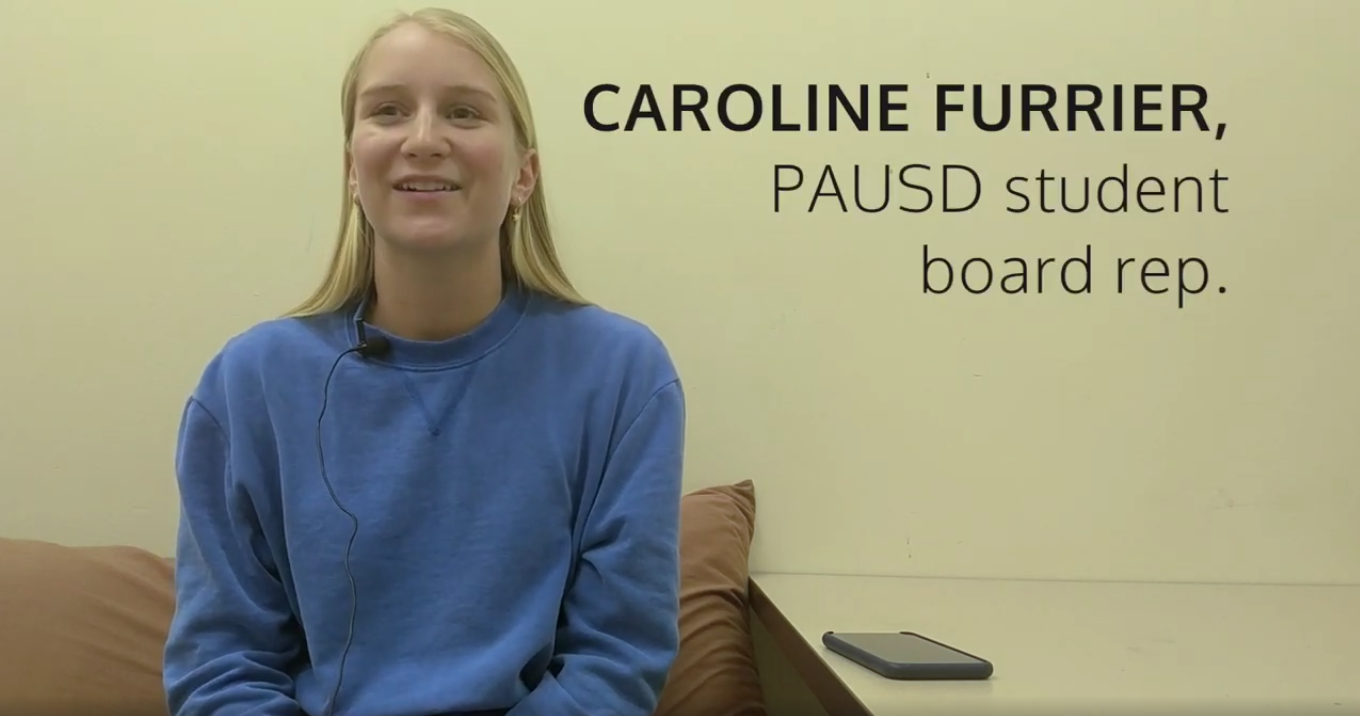 The student representative to the Palo Alto Unified school board said the Associated Student Body plans reform the selection process for the position to reduce bias.

“I understand where Verde comes from having it as an elected position to get the most student representation,” Furrier said. “I have a few concerns with how that would play out. I do think that popular vote on this campus is exactly in its name—a popular vote—which may not always bring the qualifications which are needed for the board position.”

Furrier, however, said that this year ASB is seeking to bring an increase in transparency in the election process for the position and changes to parts of the process which could introduce bias.

“I do agree, though, that our process could be a bit more transparent,” she said. “ASB has recently tried to reform it make it as least biased as we can.”

According to Furrier, next year the interviewers—which consist of previous representatives, the incoming ASB Vice President and President, and the former ASB VP and President—plan to read the essays blindly to reduce personal bias potentially introduced during the interview process.

“A few things that we’re looking to change—which I’m pretty excited about—include things that limit bias the most, like seeing the candidates essays before hand… without any names on them, so everyone is reading them blindly, limiting bias to see going in [to the interview] whose ideas do I like the best,” she said.

After the interview, Furrier says that each screener ranks each candidate, and, unless there is a marginal difference, the decision is final.

“After the interview, they rank them in order and the lowest ranking score would get the position, and there’s no further discussion to try to sway numbers—that’s final,” she said. “If there’s a one point difference then that’s worth discussing.”

The interview will also include a few more broader questions.

“One final thing—on top of all of that—is that we’re having some more broad questions that are on the spot,” Furrier said. “I don’t want to give it away too much.”

She said that this process—with the new reforms included—are the best for selecting candidates with the most interest, best abilities, and most suitable talents.

“I think it screens out who genuinely cares and who brings the best ideas about change—what they want to do and their qualifications—which I hope will be implemented next year and will be more effective in choosing,” she said.