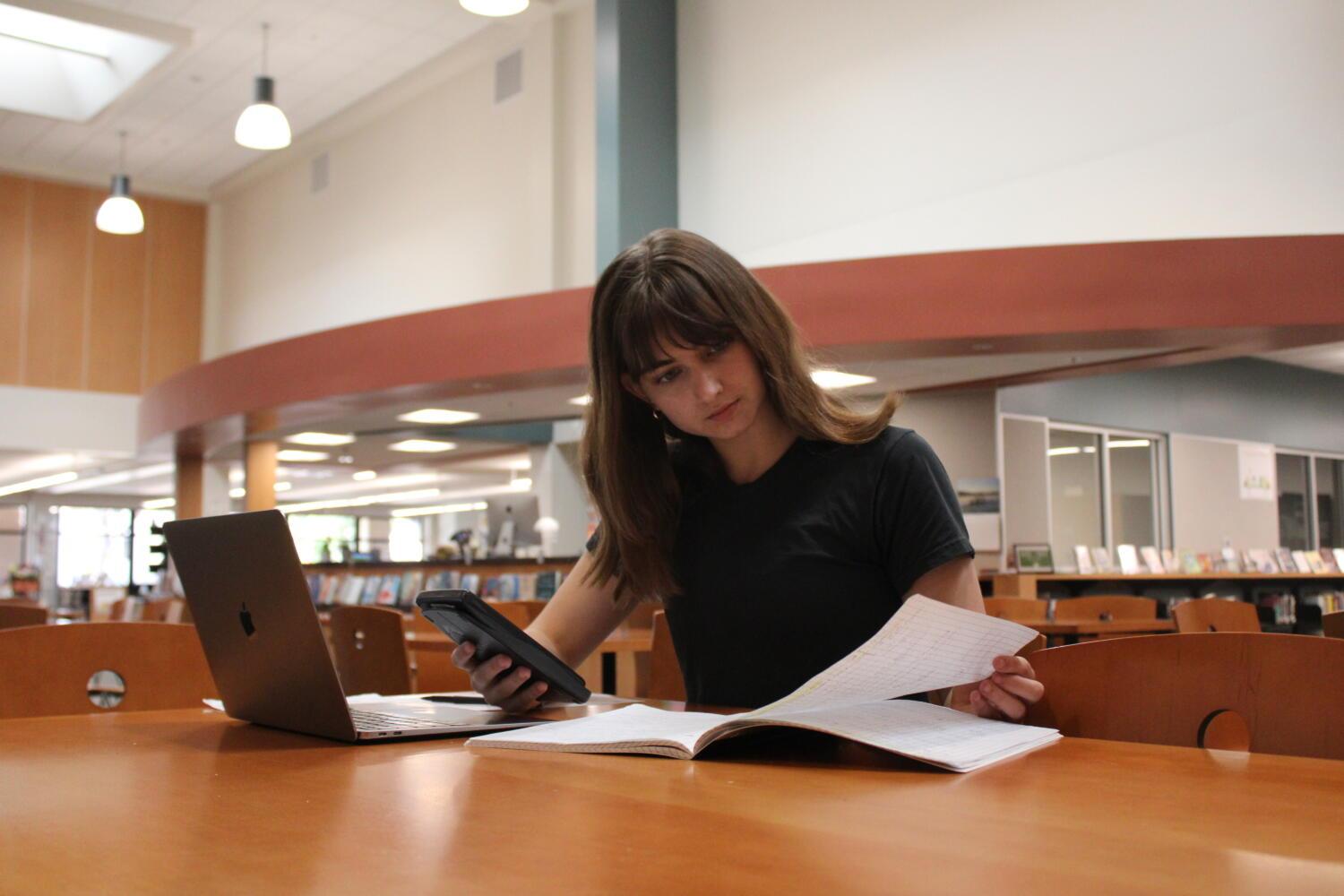 FLIPPING THROUGH THE PAGES — Palo Alto High School senior Evie Barclay sits down at the library during lunch, pulling out her notebook to study and brush up on her notes before her next class. “College admissions have become so competitive,” Barclay said. “So I don't think it's a bad idea to take the senior-exclusive SAT in hopes of improving your composite score or superscore for Regular Decision.” Photo: Austin Eng

Palo Alto High School will host the SAT on Oct. 27 for seniors, and scores will be released on Nov. 15, after submission deadlines for Early Decision and Early Action Application this year.

According to Assistant Principal LaDonna Butler, the administration only considered hosting an SAT at Paly after requests from parents.

“The test isn’t offered, or was not initially offered to meet the Early Decision testing,” Butler said. “The PTA approached me and asked if we could host [the SAT] last year because there were several students who were in need of taking the exam for scholarships or to improve their score for admissions.”

“After this year, I’m looking for what the need is, but if there are several facilities to offer the SAT [nearby], I don’t know that we need to open [the SAT] and have it available.”

Senior Evie Barclay, who initially considered signing up for the Paly SAT, said she decided that the late score release date did not make the process worth it. However, Barclay said she understands why many seniors may want a chance to take it or improve their scores.

“It’s frustrating for those who were hoping to submit Early Decision or Early Action,” Barclay said. “That said, I’d much rather, in theory, have the opportunity to take the test once more to improve my score before sending in Regular Decision than not having the opportunity at all.”

Although Paly has added one test date this year in response to accessibility concerns, Butler explained that Paly may not do so in the future.

“After this year, I’m looking for what the need is, but if there are several facilities to offer the SAT [nearby], I don’t know that we need to open [the SAT] and have it available,” Butler said. “I’m just excited to be able to do it for those that need it.”