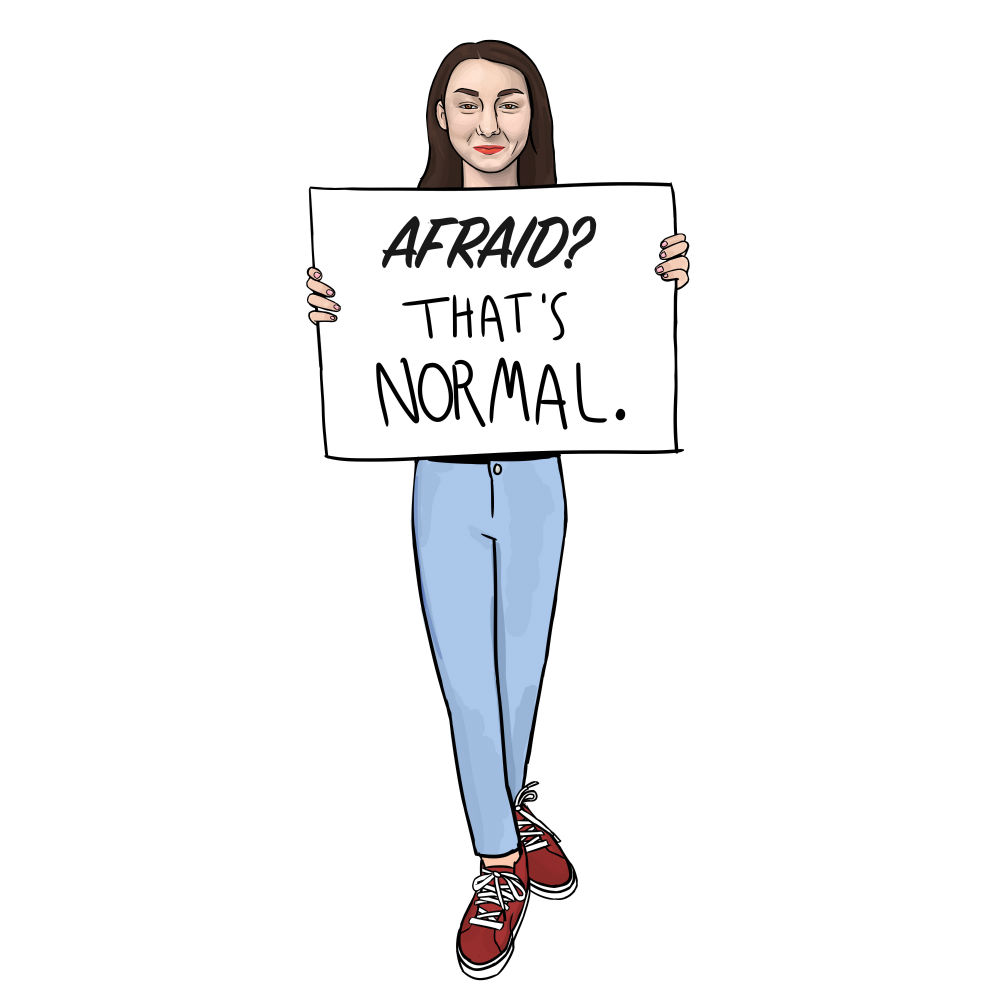 Post-High School Crisis: I’m Scared of the Future. Is That Okay?

It’s April, and to most seniors, myself included, that means one thing: College decisions are in, and life beyond high school feels close enough to touch.

Like most of my classmates, I’m excited. Regardless of where we’re headed, all of us are likely going to end up doing something far more interesting (with all due respect to high school) and closer to our passions than we have so far. We’re adults now, more or less, with all the freedom of choice and change of pace that comes with that. It’s liberating and exhilarating to imagine.

But beneath all that celebration and excitement, there’s something else — something I rarely bring up with my friends, something I rarely hear mentioned in any conversation about college. It’s something that would make me feel like a freak of nature if I didn’t think there had to be other people out there who felt the same thing.

In 18 years of living, I haven’t been entirely on my own for more than a few days at a time. I haven’t had to fend for myself, to figure things out on my own, whether they be the little details of everyday life as an adult or catastrophic emergencies.

Going to college feels a lot like starting over. It means leaving the city I’ve lived in all my life for a new one on the other side of the country. It means splitting off from my friends, a group of people I’ve known and depended upon for years, and going back to that helpless first-day-of-middle-school feeling.

Though we talk about college a lot at Palo Alto High School (arguably too much), the fear and hesitation that come after the last application has been sent in are rarely part of the conversation. Maybe it’s because everyone, in every generation, has had to deal with the anxiety of leaving home — it’s something we take for granted, something we’re all expected to struggle with and then resolve. I doubt I’m alone in feeling so conflicted.

“Though we talk about college a lot at Palo Alto High School (arguably too much), the fear and hesitation that come after the last application has been sent in are rarely part of the conversation.”

I can’t help but feel that we’re missing something crucial by ignoring the emotional side of the college process. We obsess over the technical aspects, fit and target schools and résumés and essays. We are so laser-focused on simply getting into college that we forget entirely about what comes after.

The result — at least for me — has been a fairly lonely adjustment process, as I try to hide my apprehension from my more eager-to-graduate friends.

In the overachieving, fast-paced environment of Palo Alto, this sort of uneasiness becomes particularly invisible and frowned-upon in conversation. Many of us have been told and prepared, rightly, to aim for great things. But now that I’ve emerged from my four years here, as so many of us have, poised to take on the world, I feel myself faltering.

It’s not that I don’t want to be the person my parents, my adviser or my sophomore-year history teacher expect me to be. It’s not even that my expectations for myself have changed.

It’s that at this moment, the expectations that have been hypothetical for four years are suddenly becoming very real — and so is the possibility (no, likelihood) of failures along the way.

I don’t have any satisfying moral to take away from the past few months of increasing worry, no great advice to give to others who might be coping with the same thing. All I can say is this: I’m convinced that it’s okay to be a little scared. In fact, if we were all striding confidently into an uncertain, unpredictable future, with no second thoughts or pangs, it’d be a little concerning.

As for that fear, maybe the best way to cope with it is to see it realized. We’re all guaranteed to stumble as we begin making our own lives, to be indecisive about what we want, and to fail several times over, in more than one area of our lives. We won’t be the first to do so (indeed, you’ll have to forgive me for writing a column that could have been written by any of our parents when they were our age).

Those failures will be survivable. That doesn’t do much for my anxiety now, but it’s something to hold onto as we all make our way into an uncertain, sometimes-perilous, but ultimately promising world.