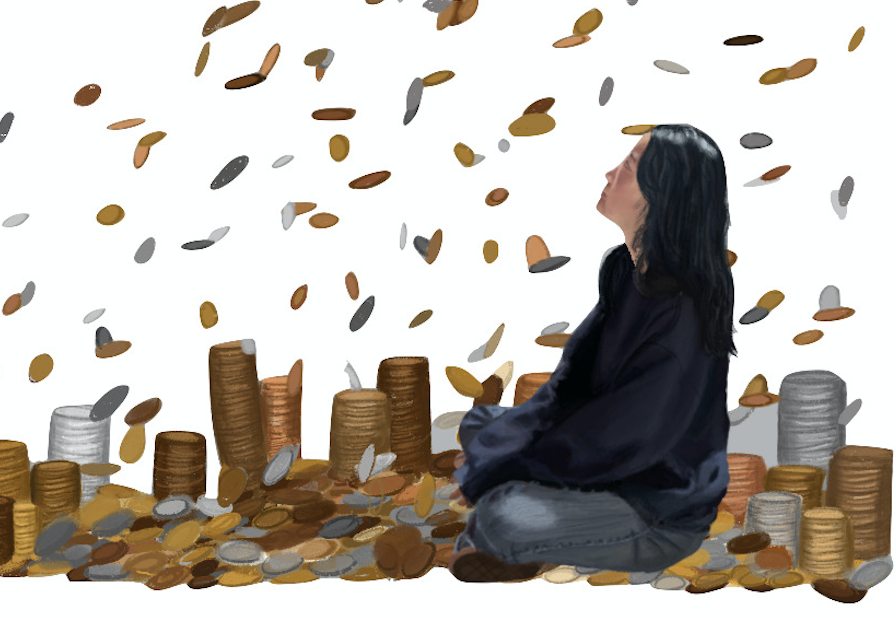 Opinion: Spare Change: A guide to using your coins

There’s a red metal box in my house’s designated “everything” drawer that’s filled with loose change. Inside are the expected rusting pennies, nickels, dimes and quarters, along with a crumpled dollar bill or two that got lost on its way to someone’s wallet. 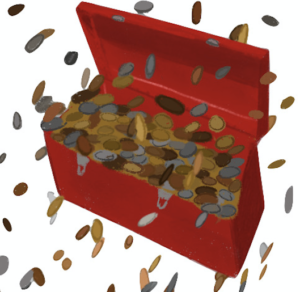 This box weighs heavily on both the drawer and my conscience. There’s a real chance its contents could add up to $15, enough to buy someone a nice burrito for dinner. Yet, no one in my household uses this loose change — and I have a feeling that millions and millions of other households have their own version of this box lying around.

I think accumulating this unused money is a shame. It’s like the entirety of society woke up one day and rendered coins nearly useless. Why did coins fall into storm drains and in between our couch cushions?

Probably because we now have credit cards to swipe and Apple Pay to tap, and because coins are downright unhygienic — especially during a pandemic. So who in the world would want to put themselves on the spot, scrounging around for exact change in the form of little coins from their pockets, pouches or purses?

Well, me (or at least, with hand sanitizer on hand).

For those who might feel the same way, here is the ultimate guide to using your spare change — emptying your own red metal box — in as socially acceptable a way as possible.

As someone who has always defaulted to Walgreens, not CVS, for her occasional convenience store candy runs, I was surprised upon walking into CVS a month or so back and seeing shiny new self-checkout machines by the exit. One of the two machines specifically takes cash payment — including coins — and it goes without saying that I’ve permanently switched to CVS as a result of this.

These self-checkout machines make it so that every time I want a box of Jolly Rancher gummies or Airheads, I can count out the dollar or two beforehand in a combination of dimes and nickels. The machine tells me exactly how many more cents to put in, and I have a blast entering the coins, usually free of the judgement-filled eyes of people waiting behind me.

I’m weirdly passionate about the Caltrain and seize every opportunity I have to take it. I recently realized that purchasing a ticket using its machines at each platform, instead of the mobile app connected to my digital wallet, could be a nice way to slowly use up coins from the red box.

Vending machines work similarly. Located in our libraries, gyms and cafeterias, why not use up a few quarters while grabbing that bag of chips? It’ll feel like you didn’t spend any money at all, and like the chips, which contain a maximum of five chips anyway, materialized out of thin air.

I’m not sure where they have wishing wells these days — outside of Disneyland, which is a bit of a drive. Maybe you can Yelp it? Assuming that you already have a nice wishing well on hand, it should be a fun way to spend a couple of bucks — and you’d even get your biggest wishes granted out of the experience.

It’s like the entirety of society woke up one day and rendered coins nearly useless. Why did coins fall into storm drains and in between our couch cushions?

Tip jars are another great way to spend coins for a good cause. Often when we use cash at service businesses, there’s no designated opportunity to add tips to your total. So, if the barista at your favorite cafe hands you a couple of quarters for change, why not just drop it into the tip jar waiting on the counter, especially if you don’t see yourself using the coins in other ways any time soon?

If you’ve exhausted all of these ideas and still have a box of idle coins, you might as well just go the whole nine yards.

Bring the box to the grocery store and really take your sweet time counting out each one down to the penny, reveling in the satisfaction of leaving without burdening your pockets with even more coins.

If you’re feeling particularly bold, try handing over fistfuls of coins when purchasing brand new clothes at the mall or lawn chairs from the home goods store.

There’s no telling how the cashier, or the line accumulating behind you will react, but at least I won’t judge you. It really shouldn’t be socially awkward to spend coins. What if in some distant future down the road, digital payment really did take over? If so, let’s use the round, metal money while it’s still here.