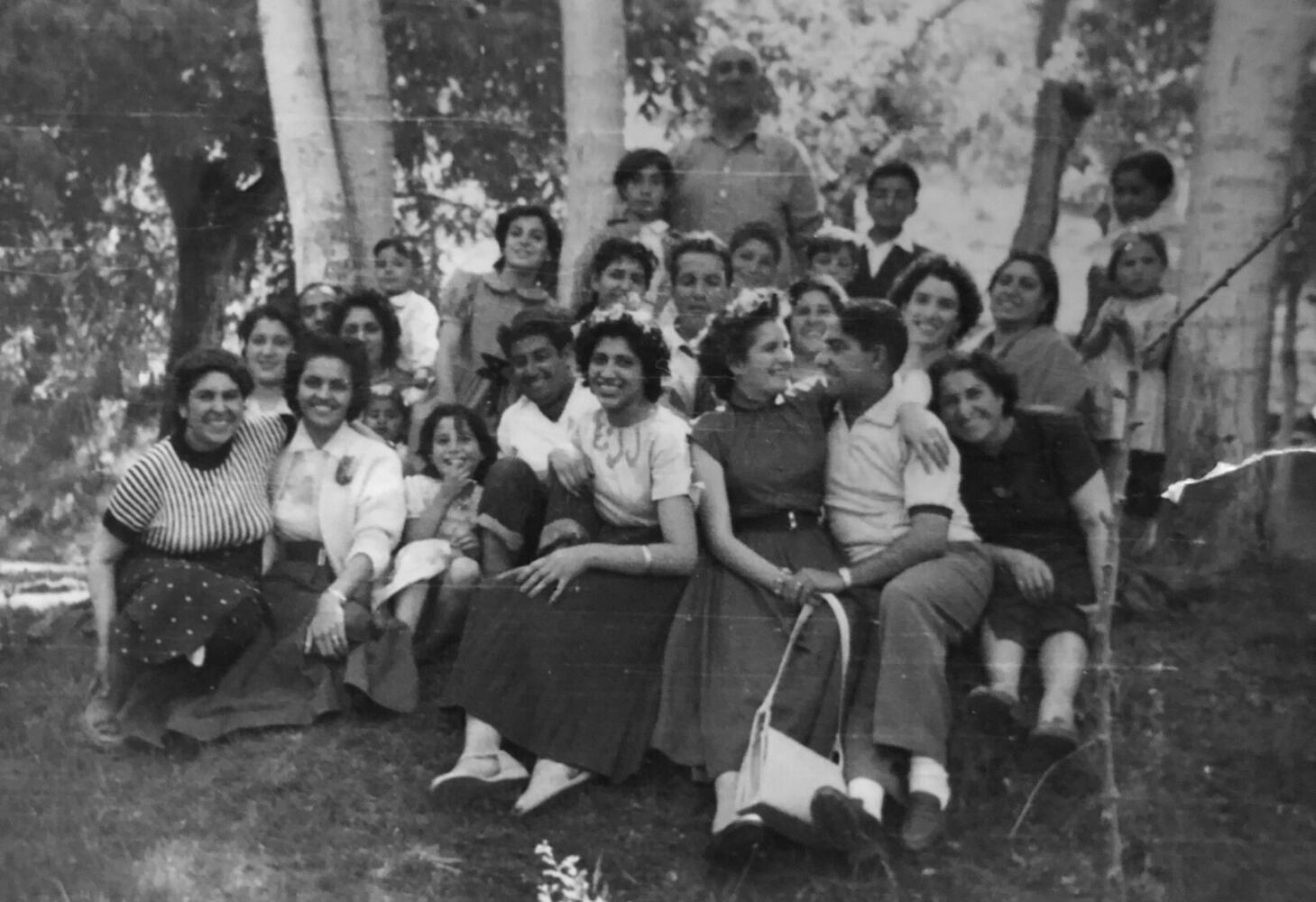 PICNIC IN PAMIR— My grandmother’s extended family on an all-day picnic in the Pamir region of Afghanistan in the 1950s. Picnics were a way to enjoy life for the Afghan people. Photo courtesy of Ines Legrand

Opinion: A message to Mom: Reflections of a first-generation Afghan American

Aug. 14, was a happy day this year, maybe even a joyous one. I know I didn’t spend as much time as I wanted with you, but even the small moments made my sweet sixteen special.

That was the day you told me about the Taliban capturing Kabul and gaining control of Afghanistan. The fall of the capital marked the end of an almost three-decade-long war, with thousands of deaths on every side, a war closely tied to our family’s history.

I was aware of our family’s immigration story from a very young age. When you told me about Grandma’s great uncle, the last king of Afghanistan, and our relation to the Afghan royal family; in my young mind, you made me some kind of distant princess.

I never realized how indulgent of a lifestyle you lived in Afghanistan. I’m in awe of your family’s modern 10-bedroom house made of glass, complete with an array of personal nannies; one for each of your siblings.

Khaled Hosseini, the writer of the “Kite Runner”, was a family friend and lived in the same neighborhood, a district characterized by extravagant wealth in a country of severe economic inequity.

When you told me about Grandma’s great uncle, the last king of Afghanistan, and our relation to the Afghan royal family; in my young mind, you made me some kind of distant princess.

But out on the streets, you saw the haunting image of the little kids scavenging for crumbs in the gravel in front of bakeries. Even decades later, I felt the intensity in which this affected you.

However, much of the material comfort you enjoyed vanished in 1979 when Russia invaded Afghanistan. Grandma’s driver was driving you home from school –– bodies littering the street gutters, blood staining the streets below.

Grandpa, the economic minister of Afghanistan, was arrested, as the threat of his execution loomed over you and your family. That was when you first touched a machine gun and war tanks, as the Russian soldiers continuously patrolled the house to monitor Grandpa. Paralyzed with fear, you and your siblings stayed locked in your glass mansion for the next six months, leaving only when essential.

You built me a life filled to the brim with privilege, with anything that I may desire. But something still feels missing.

In February 1980, Grandpa went looking for a birthday cake for your little sister’s birthday, searching for three days in the snow-filled streets of Kabul before returning with only a single roht — an Afghan sweet bread resembling a sweetened naan. After years of elaborate birthday cakes and parties with hundreds of guests, a mere sweetbread was quite the shock.

Several months after that, you left Afghanistan in the dead of night, escaping to Germany with fake passports, leaving everything you owned behind. I will always look up to your bravery, perhaps bred by necessity, but bravery nonetheless.

You made your way to the U.S. and started life in a very different, foreign environment.

After completing public school, you earned a scholarship to the University of California Los Angeles. Throughout college, you worked several jobs. At one point, three simultaneously.

You progressed to graduate school, eventually landing a high-level job at a biotech firm, creating a comfortable life for me and Cam. You built me a life filled to the brim with privilege, with anything that I may desire. But something still feels missing.

Even after facing such adversity, you often communicate to me your deep feelings of guilt for having opportunities others did not receive, for education, for our new home, for affording food and for hosting big elaborate sweet sixteens.

My impressions of Afghanistan have been shaped by the bias of American news coverage, allowing me to only connect with the country through a fragmented and distorted lens.

I feel this guilt of privilege everyday, and yet my relationship with Afghanistan seems poisoned by a different type of guilt.

Within our Afghan family, Cam and I are the only ones who don’t speak Farsi. I only eat mantu and kofta matar when I visit the rest of our family – which is hardly a few times a year. And unlike a good amount of them and the Afghan population, I’m not Muslim.

When I think of Afghanistan as a whole, the first images that pop up in my mind are of the starving children begging on the side of the road for food and a Taliban man, his machine gun pointed at a woman in a burqa.

My impressions of Afghanistan have been shaped by the bias of American news coverage, allowing me to only connect with the country through a fragmented and distorted lens.

When you told me about the Afghan national girls soccer team being prohibited from playing, a team that I have cheered on from the sidelines meters away, my heart sank. But I can never seem to feel the deep mourning that you do about such events, creating a disconnect with Afghanistan and that part of our identity. I try to fight this within me, but I can never seem to unite the concepts of Ines and Afghanistan.

But I’ll keep trying. Maybe next year, when we’re all gathered around the birthday cake, Khala Ameni and Kaka Fahim and you and I, with the flickering candles lighting up the darkened room, I’ll sing along to the Khandan Salagare, maybe finally being able to share the words with you.