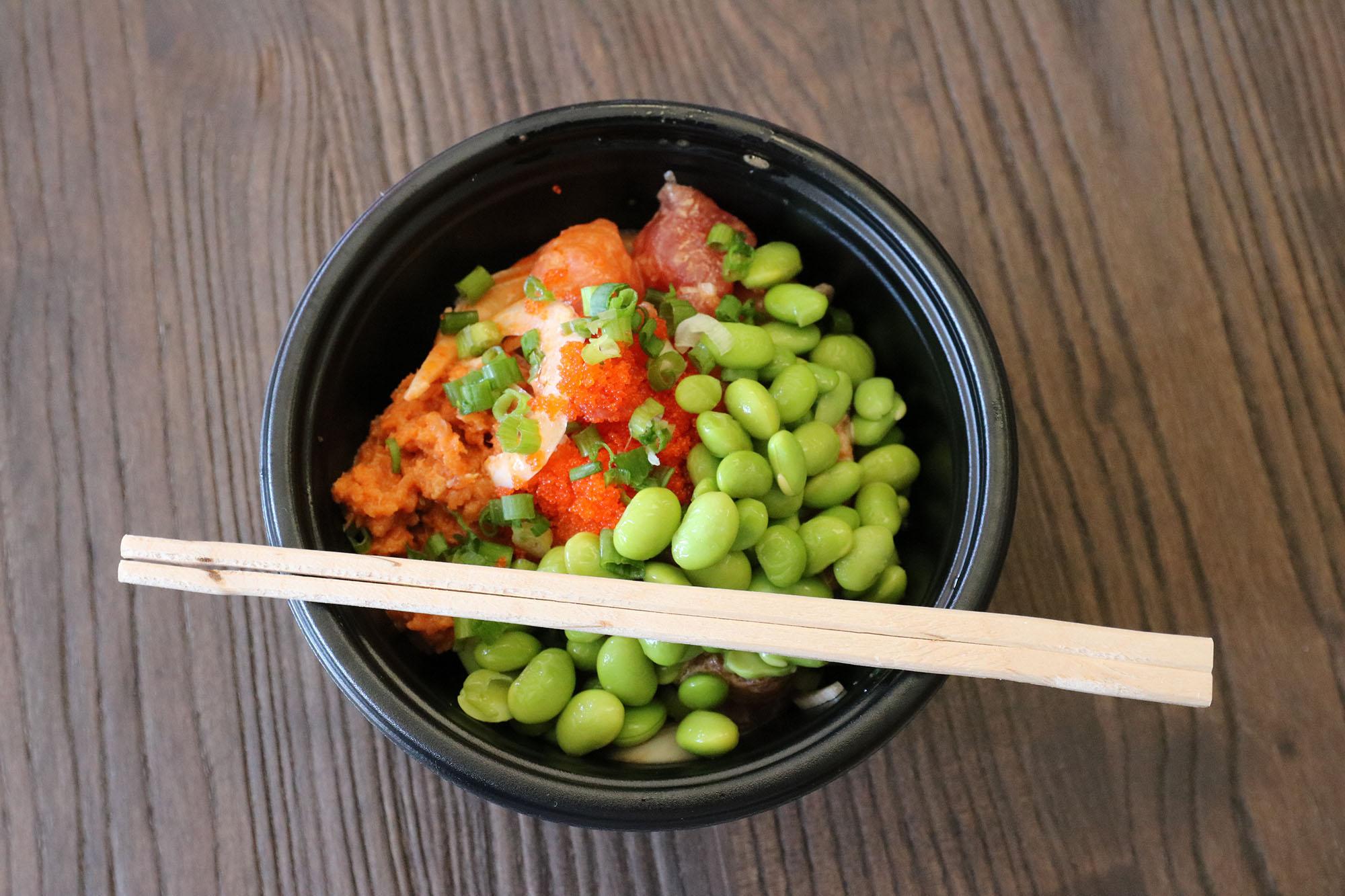 Chopped fish. Green Onion. Rice. Soy sauce. These are all components of poké, one of the newest food trends. A Hawaiian-Japanese dish that is traditionally served as an appetizer, poké is composed of a blend of raw fish, sauces and toppings to create a fish “salad.” Despite its popularity in other places, poké is relatively new in Palo Alto, and few know what it is and where to get the best of it. Verde tried the new poké places in search for potential new lunch spots.

PokéLOVE is right across from the Palo Alto High School  campus and is a convenient location for students. You get plenty of rice and fish for $10 to $13 and students get a 20 percent discount for weekday lunches.

Walking into the store there is a large counter area where the staff assembles your bowl, which can either be one of the various menu options or your original creation. The build-your-bowl option is created in an assembly line where you start by ordering the size and starch and then move on to mix-ins, fish and toppings.

The first time, I created a small, white rice bowl with edamame (soybeans), onion, tuna, spicy tuna and sriracha salmon, mixed in a spicy soy sauce topped with masago (fish eggs). After going back with friends and trying more combinations, I found that but I was generally pleased with the food. The fish was not the freshest and it was generally kind of bland as the sauces did not have enough time to marinate the fish properly. However, the toppings were fresh and helped pull the entire bowl together.

Poki Bowl is a one room restaurant that has recently been renovated to reflect a sharper, modern style. Similar to PokéLOVE, Poki Bowl was set up in the same assembly line ordering method. However unlike PokéLOVE, there are no pre-made poké bowls and the Build-your-own-bowl ($13) is the only option.

The first time I went I chose medium spicy,  a classic bowl of tuna, salmon and edamame. On my first bite, I noticed that the rice was a little dry and hard, so it didn’t feel like traditional Japanese sushi rice it was generally unpleasant. To make sure it wasn’t just an opening week slump, I went back multiple times. The next time I chose mild spice because I couldn’t handle it. I concluded that the fish was fresh, but not amazingly so. One thing I really enjoyed was the seaweed salad. The ingridients used in the salad were fresh and it tasted like the traditional dish. Even with the generally unsatisfactory bowl the first time, the bowls I tried when I went again were pretty good.