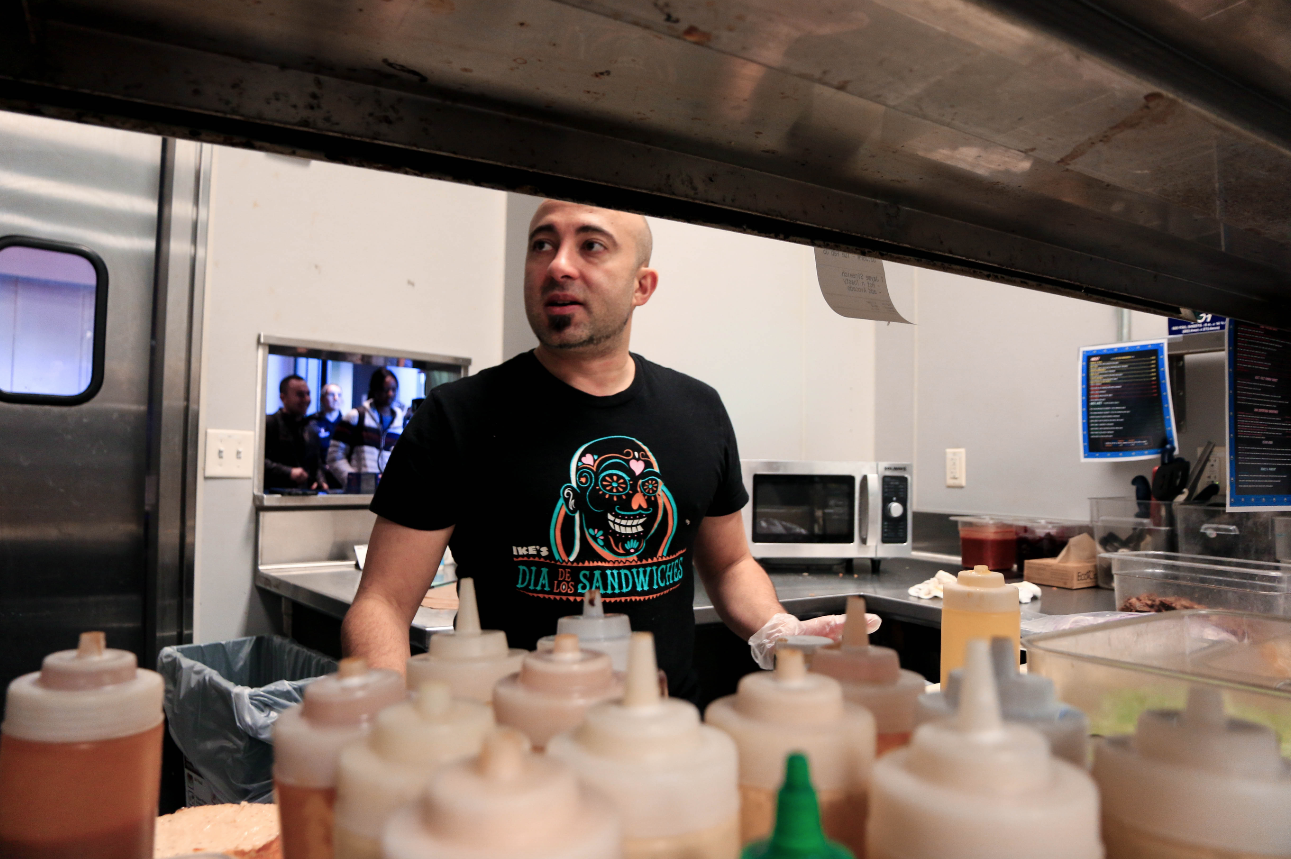 Ike’s Place knows exactly how to craft the quintessential sandwich bite. The shop’s deliciously fresh bread serves as the perfect vessel for its mouthwatering fillings and its signature secret “Dirty Sauce” ensures each mouthful is packed with flavor.

In just over a decade, Ike Shehadeh, the mastermind behind the sandwiches, has perfected hundreds of sandwich options and created a sandwich empire that is soon to span the United States.

His original store started as a humble 400-square foot café in San Francisco’s Castro district that offered breakfast foods, salads, drinks, ice cream and sandwiches. In the 12 years since, Ike has opened an additional 55 locations across California, Hawaii, Nevada and Arizona, and has recently signed a 100-store development deal to franchise out into the east side of the United States. 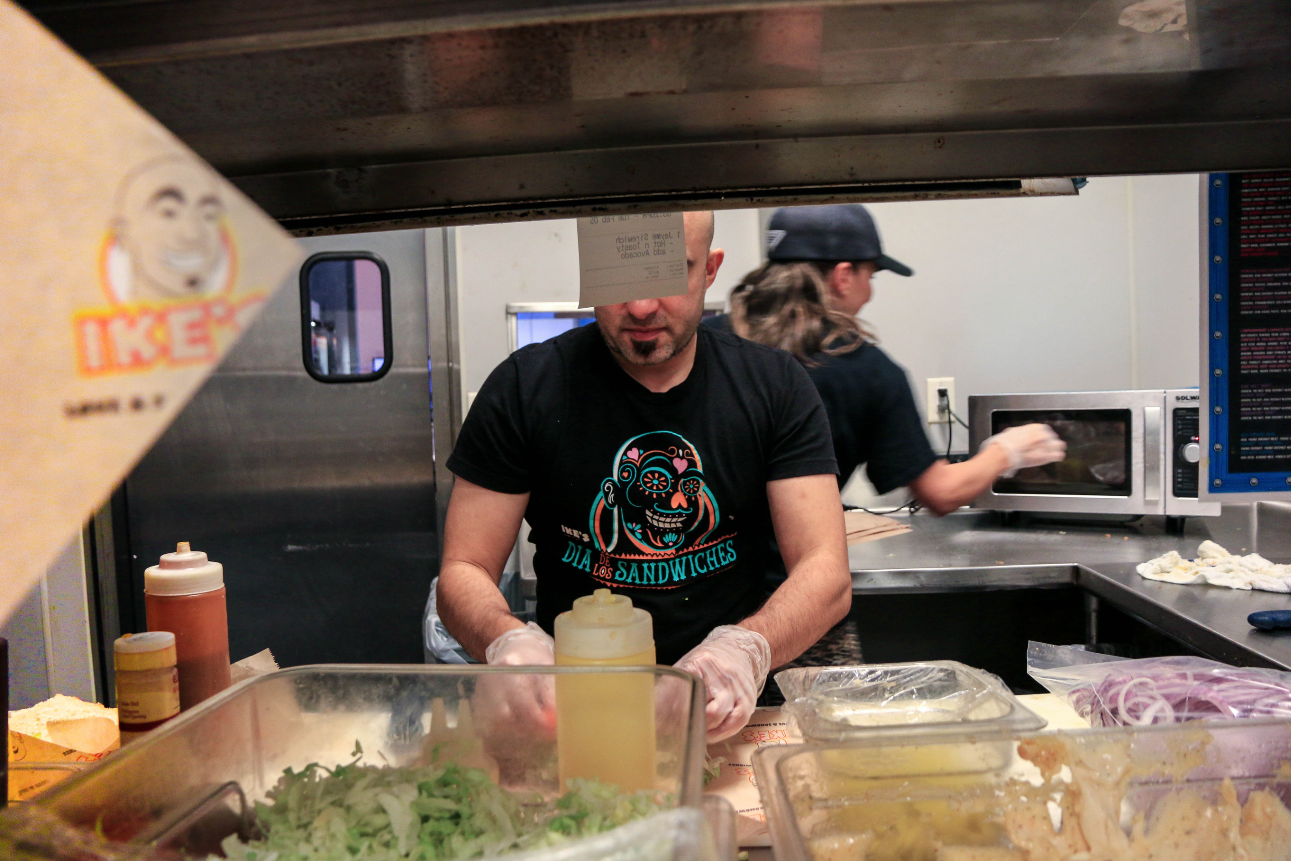 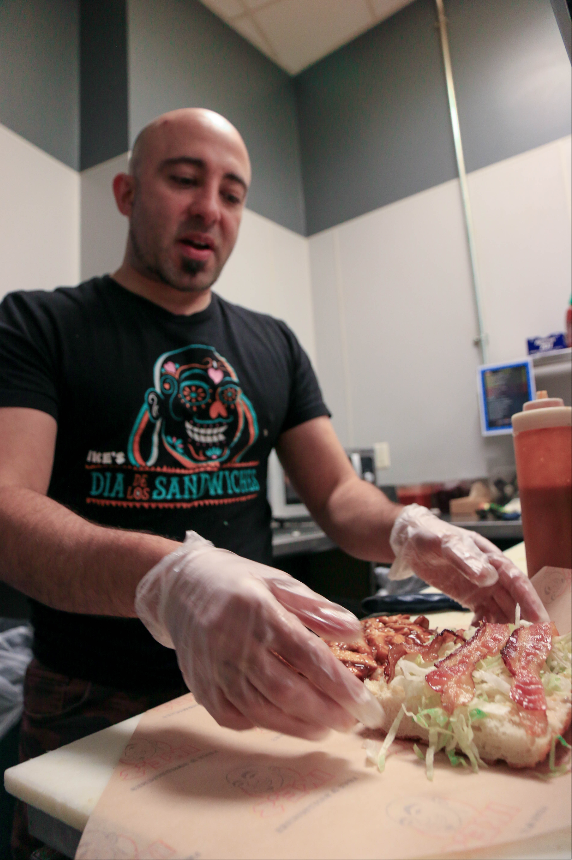 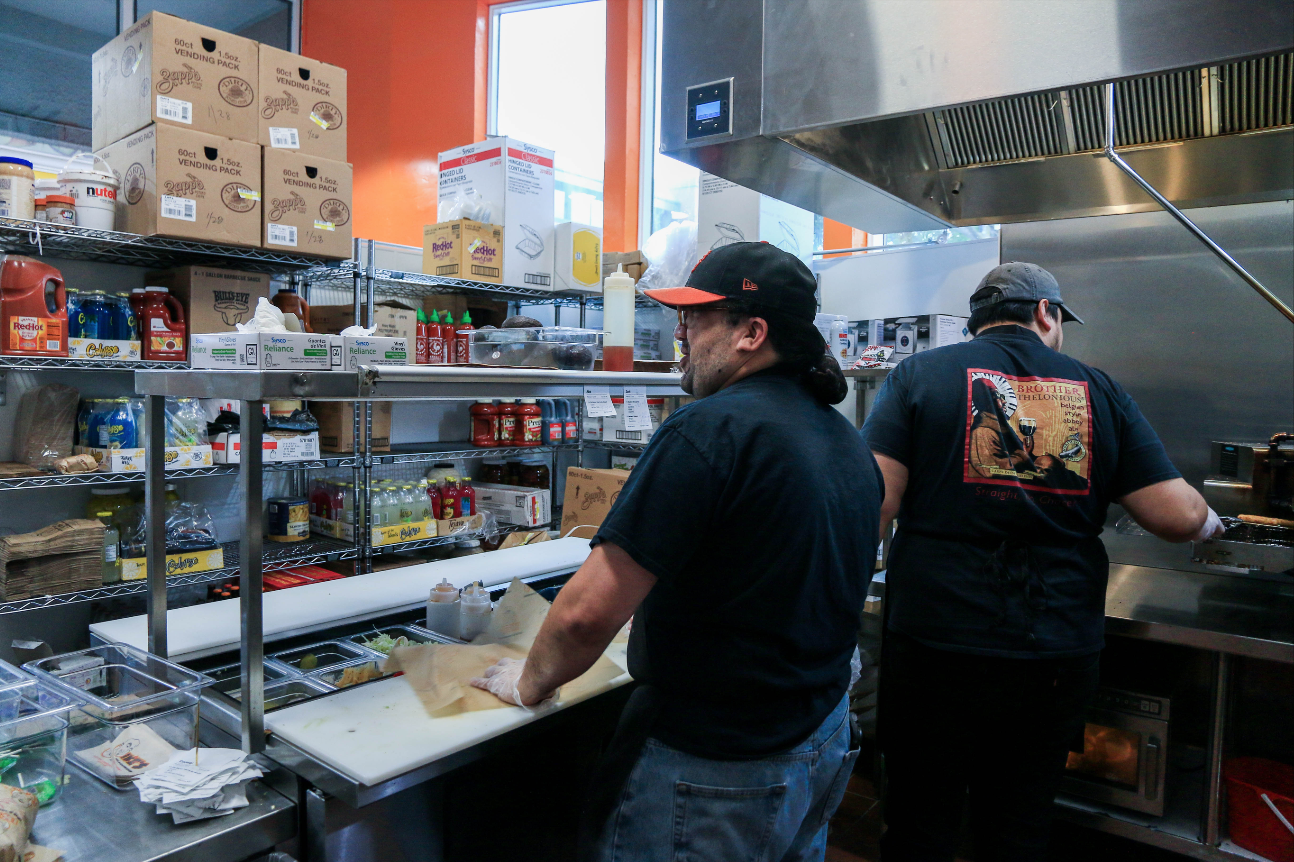 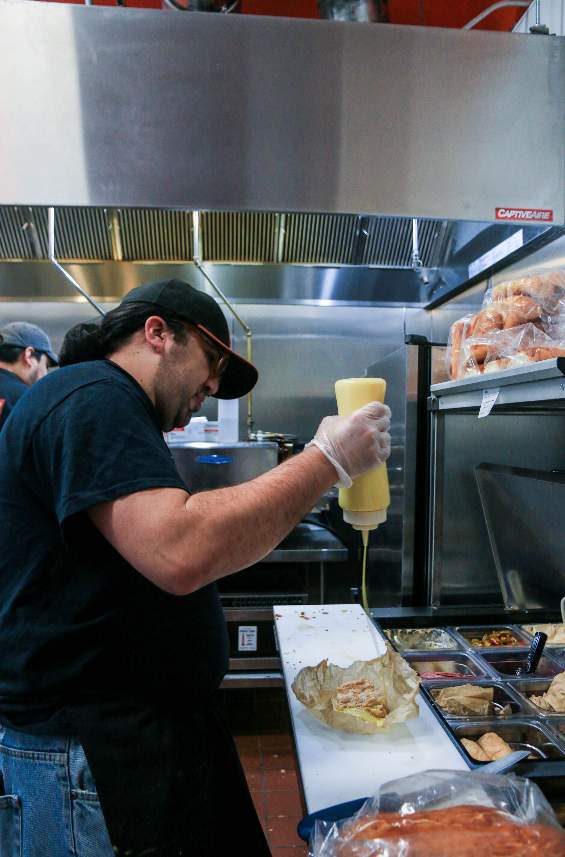 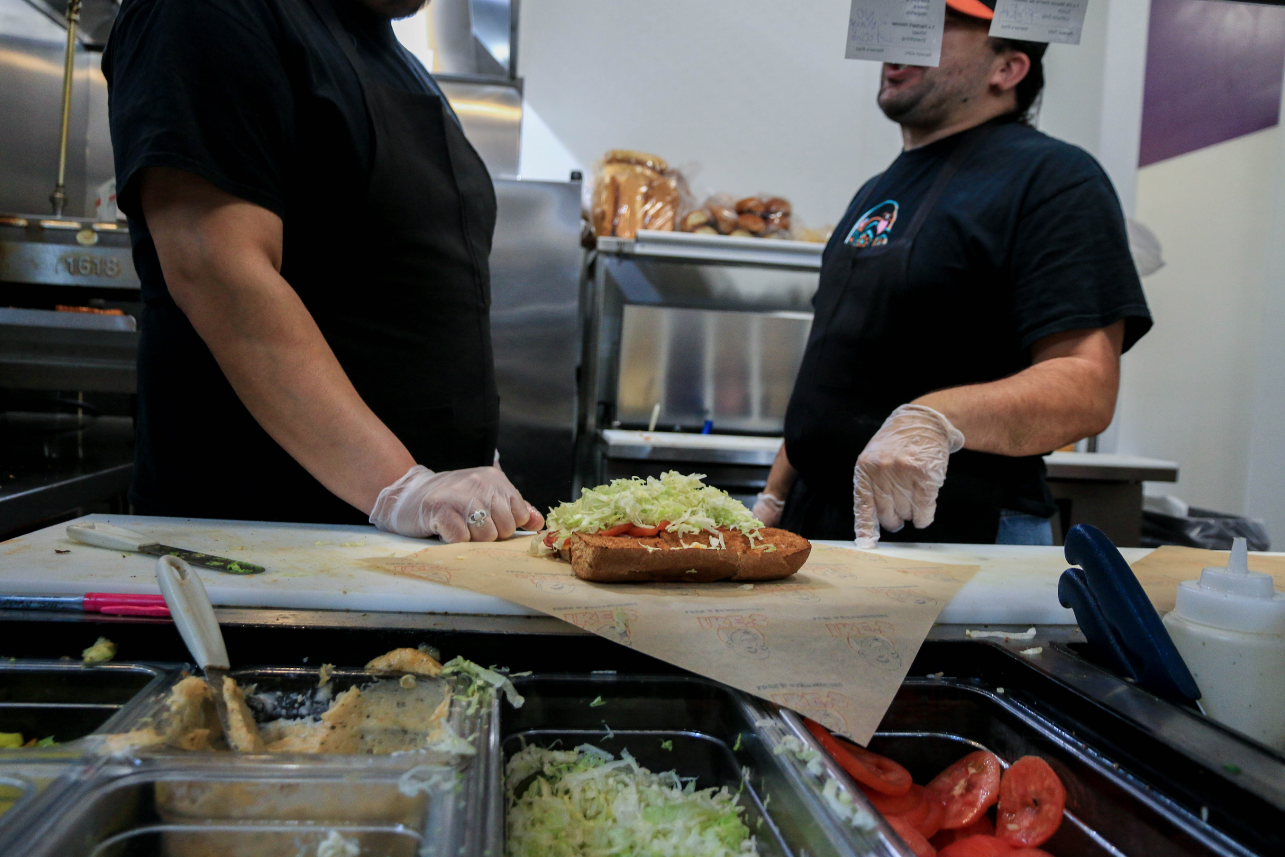 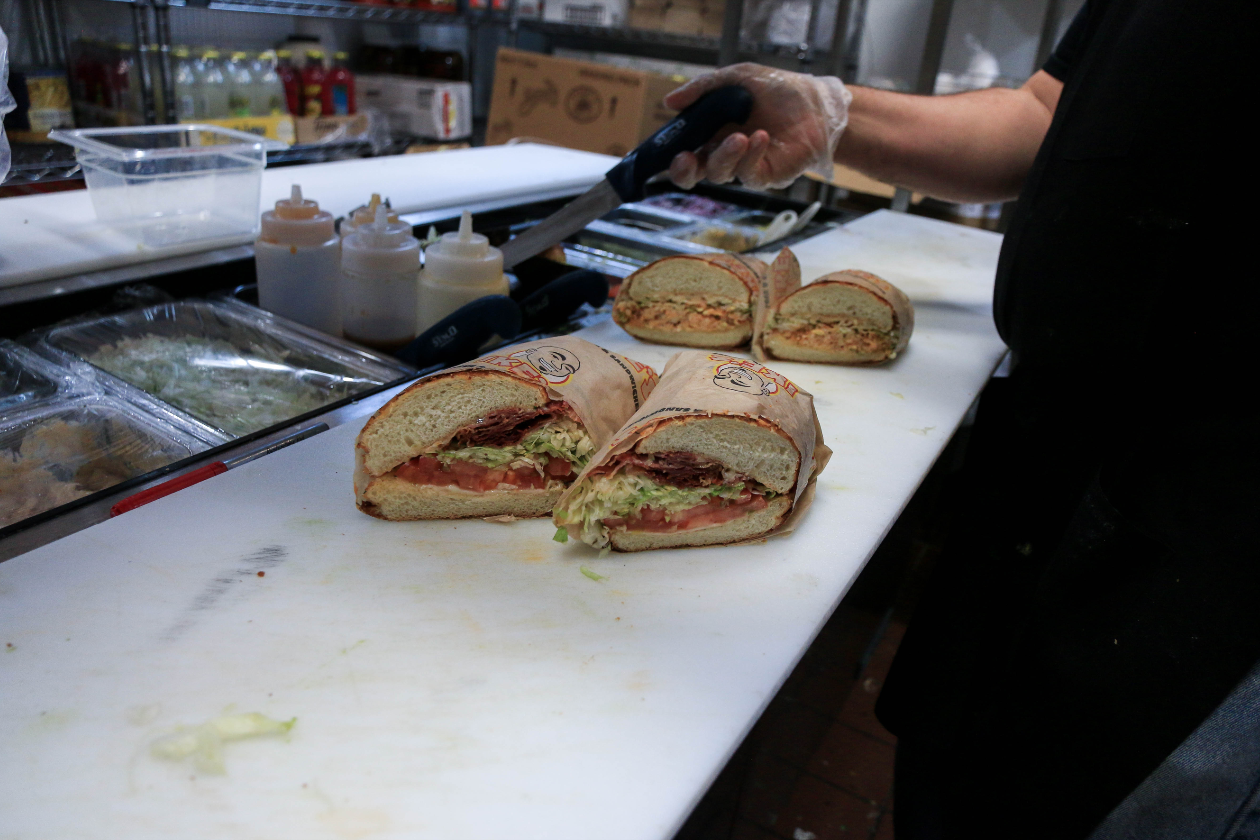 His newest store, which opened last month in downtown Palo Alto, seems small and unassuming but is actually a sandwich oasis in a desert of office buildings, convenience stores and clothing boutiques.

While the massive menu may look intimidating at first, the staff is friendly, patient and always willing to give personal recommendations.

Though new, the Lytton location’s quality ingredients and friendly service embody what brought Ike success in the first place.

Ike says it was his father, an entrepreneur, who inspired him to enter the business industry.

After graduating from college, he purchased a partnership into a supermarket, but when that went out of business, he sold his house and car and moved to Hawaii, where he stayed with a friend.

“Basically, I was homeless if it wasn’t for my friend who was there,” Ike says.

For the next couple of years, Ike worked in various positions, including at a Victoria’s Secret in California. Soon, however, he realized he would rather work for himself and started plans to open his own business.

“I had no clue what to do to open up a restaurant and I just made a list of everything that I thought that I needed,” Ike says. “When I checked it all, I was like ‘I guess I should just open up the restaurant now.’”

After about one year of planning, Ike opened the first Ike’s Place. But when the sandwiches began attracting more attention than the other menu items, he decided to remove everything else from the menu — save for the sandwiches he is now famous for.

“If you’re coming to Ike’s [Place], I didn’t want you to eat salad because if you got a salad you wouldn’t tell everybody that it was amazing, but if you got a sandwich you would,” Ike says.

Soon, Ike’s Place had an hours-long wait for sandwiches, so when the opportunity to open more locations presented itself, he took the offer to expand.

“My goal is to make as many people feel loved, respected and appreciated while feeding them great food,” Ike says. “So if that means I need to sell a million sandwiches per location, then that’s what I need to do.”

This is the motto he says he lives by, both in his sandwich shop and personal life — “to love people through sandwiches.” And it is this aphorism that his shops exemplify.

Another secret to the popularity of Ike’s Place is the vast menu of over 700 sandwiches. With numerous meat, vegetarian and vegan options, Ike’s Place has something for everyone. Below are some of Verde’s favorites.

“Paul Reubens” ($12): One of Ike’s personal favorites, this pastrami and swiss sandwich is a flavor tsunami, as the French dressing combines with Ike’s own Dirty Sauce. The pastrami is tender and flavorful, but have napkins at the ready, for this sandwich can get messy.

“Oh Marco You’re So Sweet” ($12): True to its name, this sandwich bursts with sweet flavor. The sauce complements the juicy chicken, keeping the sandwich moist. The strips of bacon are a welcome savory surprise.

“Packard Hewlett” ($10): With soft ham, crisp bacon, gooey American cheese, extra Dirty Sauce and Dutch crunch bread, this sandwich manages to take your mouth on a journey of textures with every bite.