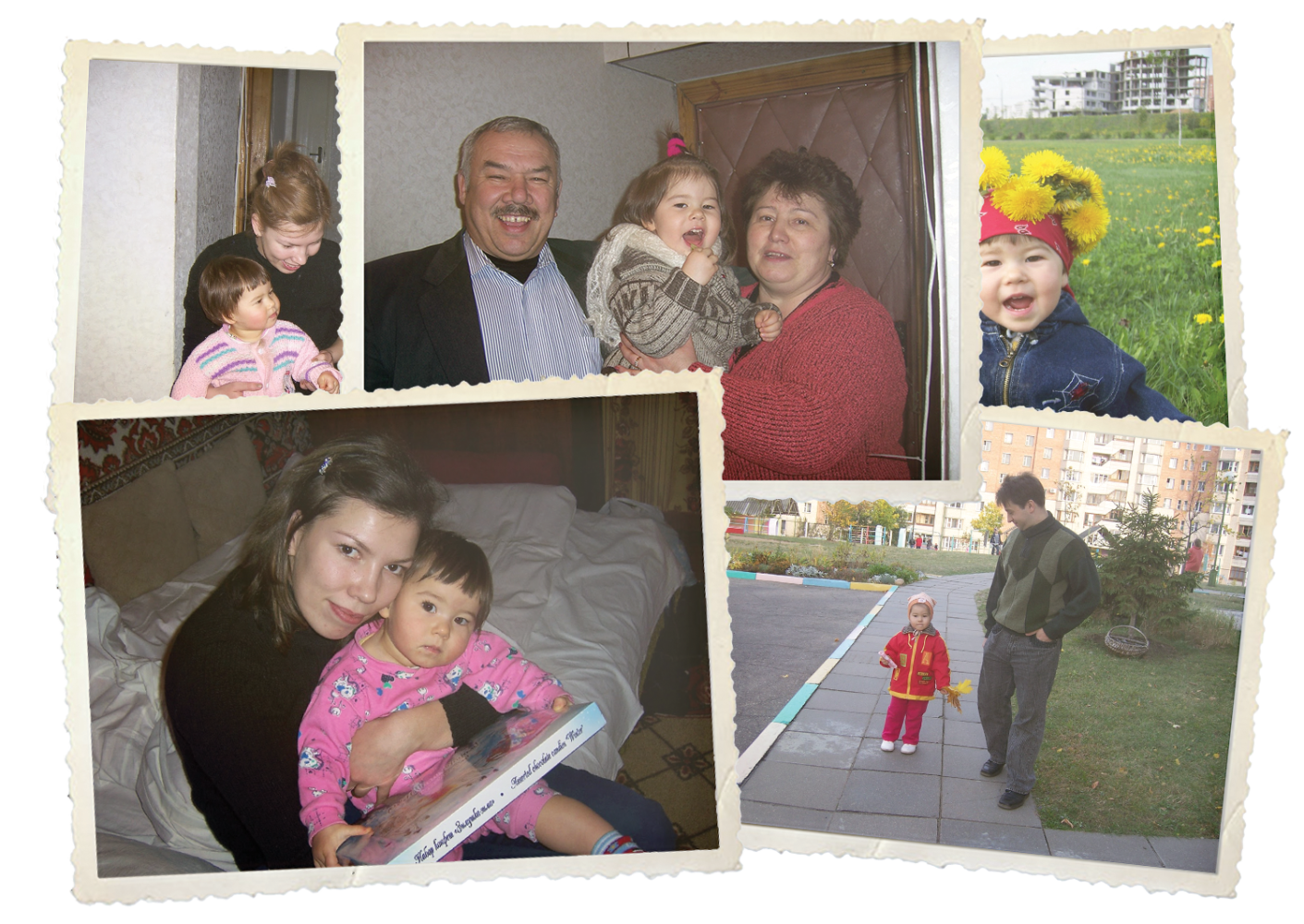 Opinion: Losing home: The complicated relationship between my home country and my identity

I’ve never lived in one place for long. For as long as I can remember, I’ve been moving from country to country and house to house. I have only the faintest memory of the first time I left my home. I was around three years old when my family moved to Moscow from Minsk, the capital of Belarus. We returned to Belarus just two years later, then to Switzerland, back to Belarus, until my family finally moved to America when I was in third grade.

When I was younger, I was always envious of other kids who got to spend summers with their friends, instead of spending three months away because summer break was the only time they could see their extended family. But as I grew older, I developed a different type of envy. I was jealous of people who were able to visit their grandparents or to casually see their cousins over the weekend.

Secretly, I was resentful of people who grew up in one house their whole lives because I could never experience that. Every time I’d ground myself, that ground would be swept from underneath my feet. Even after we settled in America, I was still on the move between different houses. Fifth grade was the first time in my life where I stayed in the same school for longer than a year. For so long, I felt like I couldn’t attach myself to anything because every home felt only temporary.

How could I feel this way? I was privileged enough to be able to live in so many different places and experience their cultures. From far away, I could’ve been mistaken for a beautiful shooting star, but in all reality, I was but a lonely satellite floating without orbit in the vacuum of space. Sometimes my path would intersect with others, but every friendship outside of my family was only a fleeting moment of connection. I allowed myself to be carried through life by the flow because it was pointless to hold on to anything. In a sense, I have lived everywhere, and yet belonged nowhere.

In a sense, I have lived everywhere, and yet belonged nowhere.

I never resented my parents for inflicting all these changes within my life because I always knew they were doing it for me. The sacrifices they made were much greater than having to switch schools, they had to abandon their entire past lives in hopes that their kids wouldn’t have to do the same —  I’ll always be grateful for that.

Belarus was the only place that felt permanent throughout my life. Even if everything went wrong abroad, I felt that I could always go back. It was not a home that I lived in, but it was one that existed for me. It was a place that kept me grounded—its recognizable atmosphere and familiar faces always remained the same.

But no longer. Due to a combination of growing public discontent, a possibly rigged election and pandemic-related issues, the Belarusian population erupted in protest against the government and continues to do so now. It’s hard to speculate about what could happen to Belarus in the future, but whatever it may be, those changes will be felt throughout, and the country will likely never be the same.

When I visited Belarus in the summer of 2021, with international borders closed, entering the country was a much greater struggle than before. Sticky-eyed and exhausted from spending hours in airports, claiming luggage only to check it in again and get on a different flight, I felt like the journey would never end. But I knew I had to do it, because that summer would be the last time I’d ever see my grandfather.

When I arrived, everything felt different. Belarus was no longer the home I had come to love. Layers of paint coated the walls where anti-government signs were drawn the night before, and the streets lay uncomfortably empty. People were pitted against one another — the person who was once a friendly neighbor could now possibly be working with the government to expose dissenters. The homes of my family members were hauntingly empty. Many had fled to different countries, some passed away.

Everyone has a different definition of “home.” Some feel it’s a physical place, others believe it is tied to family or a community, but what if neither are there anymore?

The Belarus that I’ve attached myself to may only exist within my memory. I spent the summer living in a shallow imitation of the home I can now only remember through a rosy filter of nostalgia.

The envy I had felt before has evolved once again. I am not just jealous of people who lived in one place their whole lives, surrounded by their families. I am jealous of people who have that home to call their own. Even if it is all the way across the world, it’s there somewhere for them.

Sometimes as I lie awake late into the night, I close my eyes and imagine that I’m lying in my old room. I trace the lines where the walls touched the ceiling, trying to remember the texture of the floral wallpaper and its slightly damp smell. And for the briefest moment, I can believe that I’m still there.

It’s hard for me to say that Belarus is my home. Of course logically it is, that’s where I was born. I can squint really hard and see it all through a blurred lens of ignorance and say it still looks the same. But I can sense my connection to my home country slip through my fingers. With nothing to tether me, my body feels like a lonely hunk of metal aimlessly floating in space, a capsule losing contact.

Not every story ends with the promise of hope or happiness. I’ve learned the only way to live is to make peace with whatever my current situation may be. Perhaps we’re all lonely satellites floating aimlessly. We all have things to tether us in place and give us identity, part of mine was the place I was born, and that connection was severed. But I have other aspects of myself that create the person that I am.

And so, who am I? I’m a student, a daughter, a sister, a friend. I’m observant, reserved and sometimes painfully logical. I’m an artist, a reader. I love music and clothes and doing my hair. I’m someone who loves too little and is loved too much. I’m a satellite drifting in space. I may not have a home, but I know who I am, and that’s all I need for the time being. 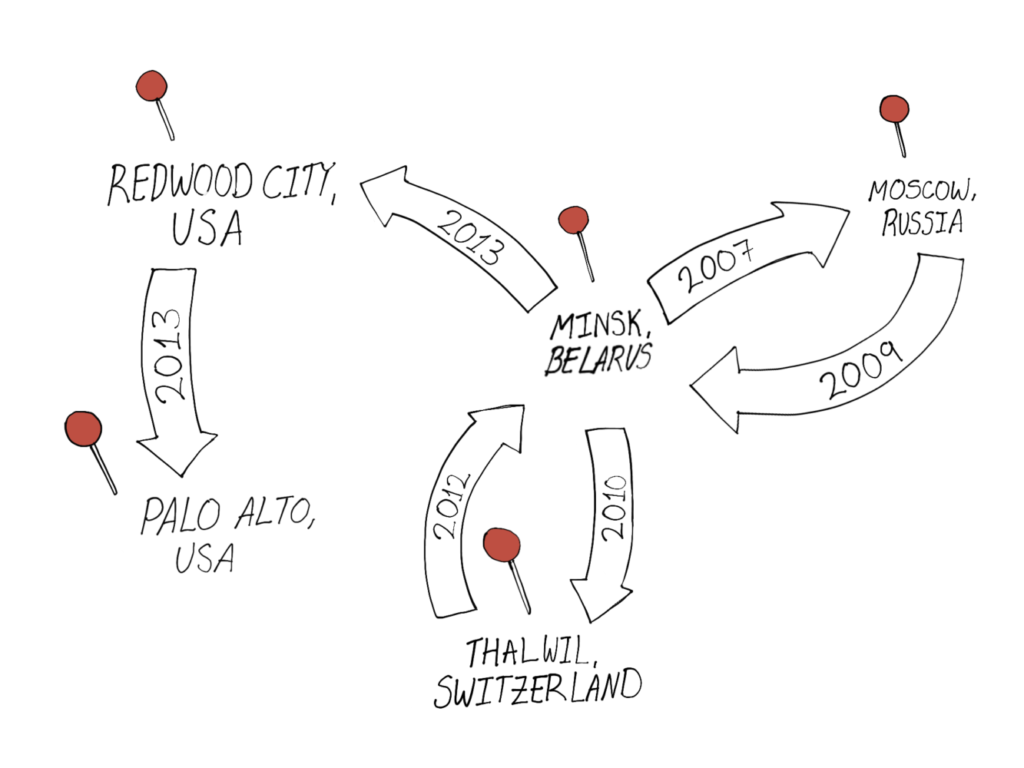