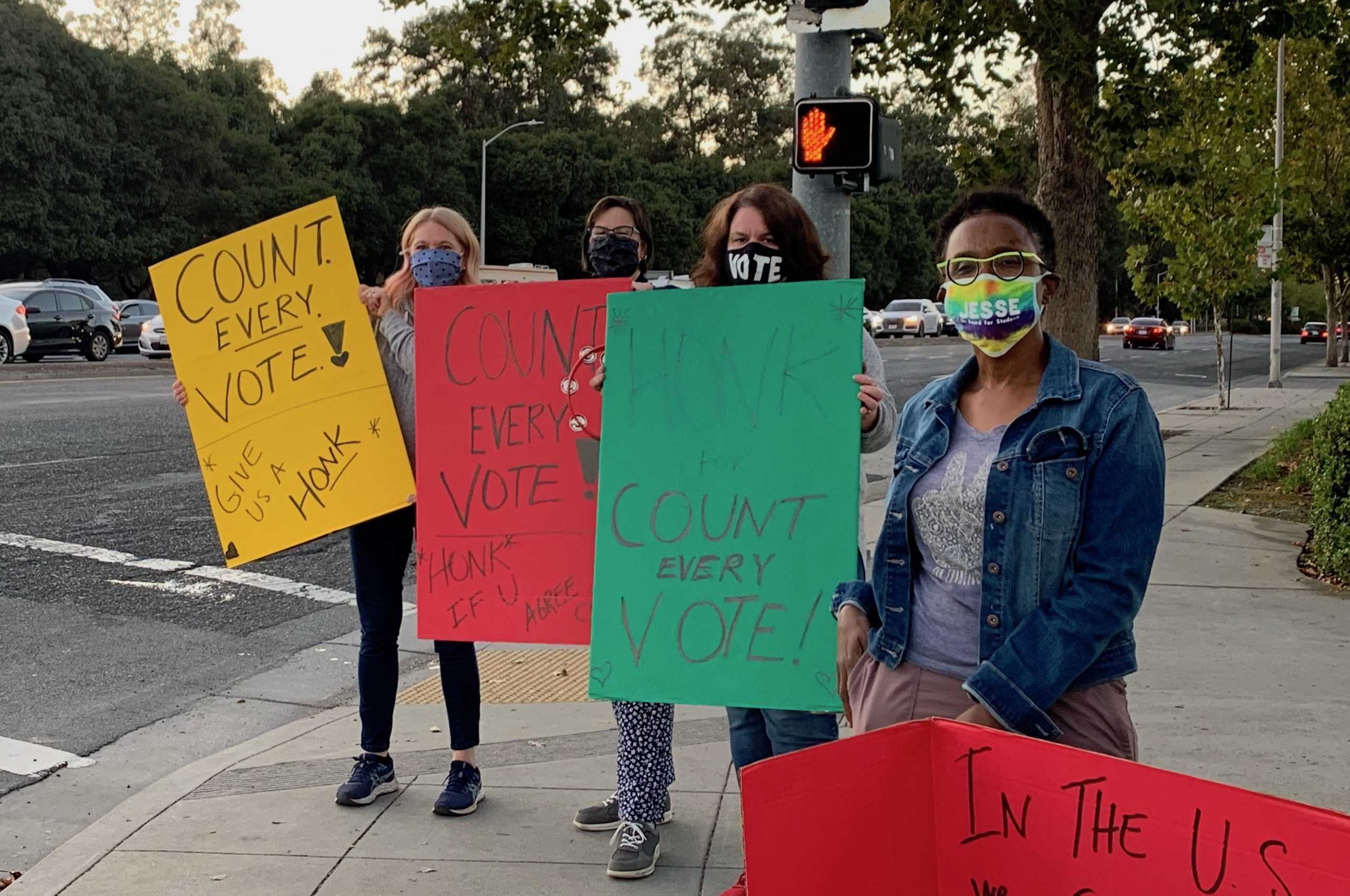 COUNTING CONCERNS — Demonstrators hold up signs that read “Count every vote” at the corner of El Camino Real and Embarcadero Road, as passing cars honk in support of protecting ballots in the U.S. presidential election. Over the past couple of days, President Donald Trump has requested for votes to stop being counted, despite many unrecorded ballots. “I feel better coming here and watching and seeing other people who also support some of the same ideals, whether it's Black Lives Matter or counting the vote,” Palo Alto High School parent Sara Woodham said. Photo: Sofia Antebi

Local demonstrators protest for officials to ‘count every vote’

A handful of community members rallied in front of Town & Country Village earlier today to demand that every vote be counted before the presidential election is called.

Attendees voiced concern over President Donald Trump’s recent comments regarding the ongoing election. In a speech at the White House this morning, Trump falsely claimed that he had already won the election, and that he won states where votes were still being counted. He pushed for votes to stop being counted, which would dismiss millions of vote-by-mail ballots, and questioned the validity of the election results.

“My greatest fear is that in another four years [if Trump wins], we would be past this point of being able to sort of reverse and bring back the standards and principles and norms that are meaningful to me.”

Sara Woodham, a Palo Alto High School parent who attended the demonstration, is troubled by Trump’s false claims, which she and many others worry prompt doubt in the electoral process.

“He [Trump] has been laying the groundwork for undermining the election,” she said. “These baseless theories, it causes chaos, and it undermines confidence in the process.”

“My greatest fear is that in another four years [if Trump wins], we would be past this point of being able to sort of reverse and bring back the standards and principles and norms that are meaningful to me,” Woodham said.

Similar “Count Every Vote” protests took place up and down El Camino Real, gathering dozens of attendees. With many battleground states too close to call, officials estimate that final election results will not be finalized until later this week.

As Palo Altans protest for an honest vote count in front of Town & Country Village, cars honk in solidarity. Video by Sofia Antebi 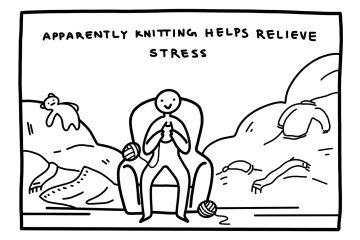