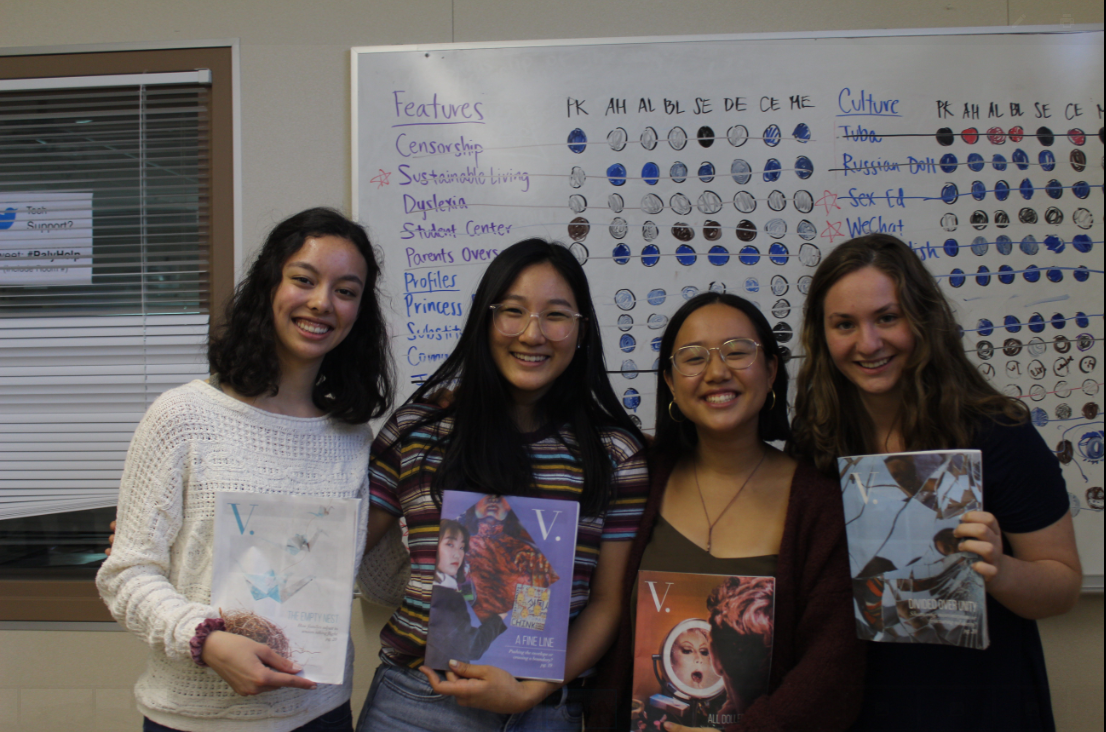 From the editors: State of the arts

“Art is either revolution or plagiarism.” — Paul Gauguin

For senior Rebecca Cheng’s “The Puppet Master,” it was its removal — not its message on racial injustice — which sparked the discourse. The striking self-portrait, which confronts the overlooking of Asian-American discrimination, was removed from the PAUSD district office for its inclusion of racial slurs. In our cover story “Drawing a Fine Line,” staff writers Kaitlyn Ho, Sasha Poor and Kobi Johnsson investigate the discordance between student artistic expression and administrative restraint, tracing the creative dead-ends of several Paly
artists. 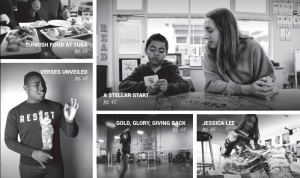 Prominent stories from the print magazine’s table of contents. Find the print version of the magazine as a PDF  file under the ‘archives’ tab.

On our cover, Photo Director Lucia Amieva-Wang captures Cheng and her controversial piece, which includes the slur “ch-nk.” Its inclusion on the cover was not a decision Verde made lightly — our consideration process included in-class discussion, hours of editorial deliberation, consultation of AP Style guidelines and conversations with professional journalists, including associates of the Asian American Journalists Association and the Northwestern-Medill School of Journalism. Ultimately, through an anonymous staff vote, an over-
whelming majority of Verdites voted in favor of leaving Cheng’s art as is.

Among the nuances we wrestled with was the preservation of Cheng’s creative intent. While we recognize the slur’s racist usage and degrading history, as well as its offensive and potentially triggering nature, we believe that its inclusion is essential to the crux of “Drawing a Fine Line” and its exploration of censorship. As student journalists, we acknowledge this decision may cause discomfort and criticism; however, it is also our role to provoke inquiry and spark discussion. With this issue of Verde, we hope our peers are encouraged to think in more critical and insightful ways.

As student journalists, we acknowledge this decision may cause discomfort and criticism; however, it is also our role to provoke inquiry and spark discussion.

And while as outgoing editors-in-chief we may not be able to paint the shades of racial conflict, our time on Verde — the deliriously fruitful late-nights, the InDesign wrangling and wordsmithing, the magic of seeing hours of work in print, the gradual digital media expansions — is our way of confronting what we cannot accept.

Because this is who we are, these 72 pages of previously unspoken truths: some peculiar, some uneasy, and all written with a faith inveracity and a hunger for progress. We are incredibly grateful for the voice Verde has granted us and excited to see future generations of Verdites continue this legacy.