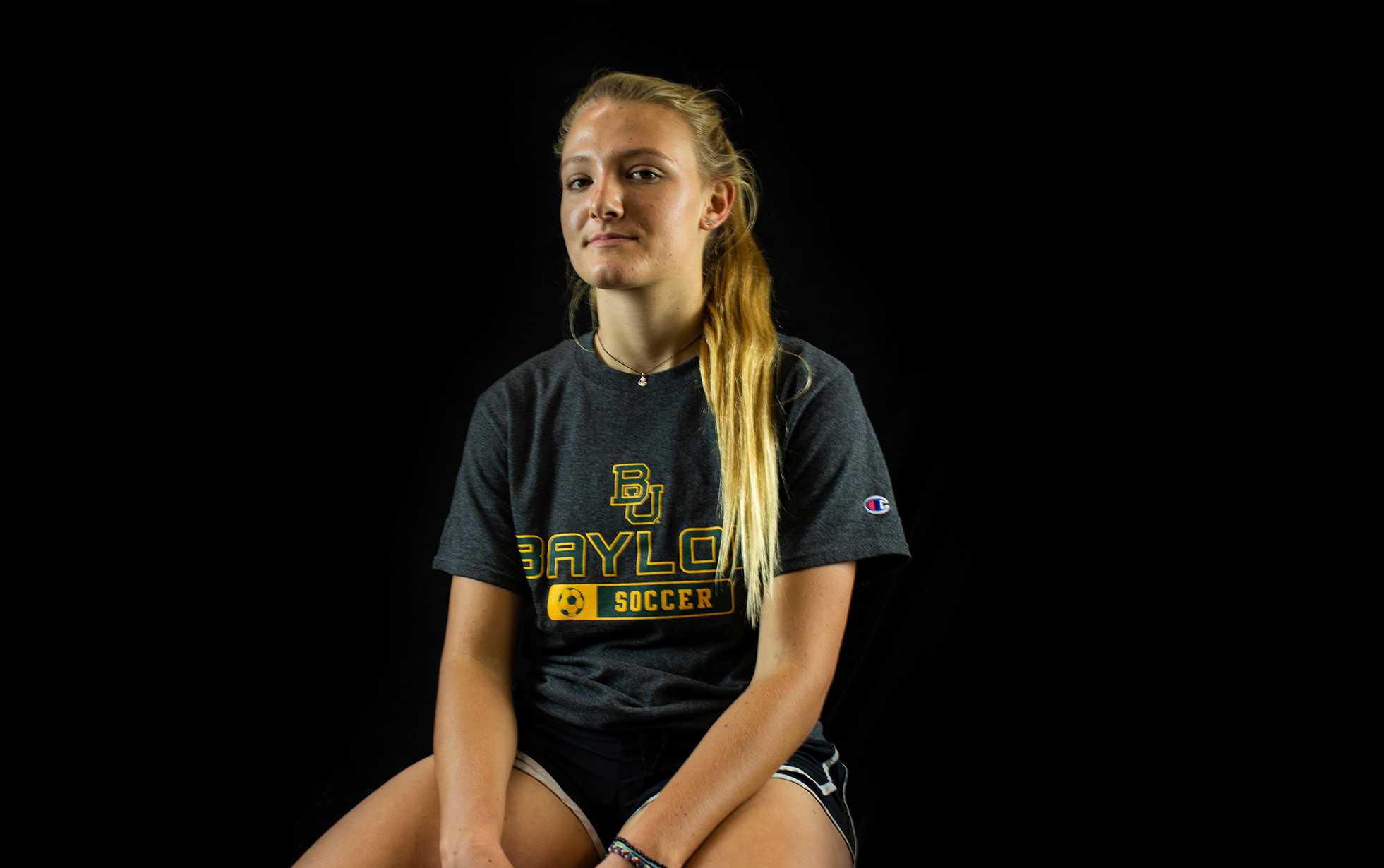 Japić on the Pitch: Committed soccer star has big goals

The wind whips around her hair, flapping through her red jersey. Palo Alto High School junior Chloe Japić sprints down the field at De Anza Community College, glancing occasionally over her shoulder at the opponents behind her as she approaches their goal. Face to face with a player from La Roca Futbol Club, Japić slides toward the ball, throwing her legs across the turf as the two players collide and send the ball flying off to the left.

A typical weekend for Japić is not unlike this one — since joining the California Thorns Football Club last summer, Japić has played one to two games per weekend against other travel teams, often in states all across the West Coast.

“When things get hard, you have to kind of push through and keep working … I think that’s one of the hardest things in sports, and I think that directly reflects on to how life is sometimes.”

Japić is one of few remarkable soccer players who made it onto the Paly varsity girl’s soccer team during her freshman year. Her prowess on the field has taken her all the way to Bosnia, where she reconnected with her family’s roots and played on the Bosnian national soccer team.

Back at Paly, she juggles academics with athletics and recently committed to Baylor University in February, despite only being a junior.

“The environment they [Baylor] have there is really cool. All the facilities are super nice… They just got this $3 million soccer complex that only the soccer players can use,” she says. “They only have a women’s team — there’s no men’s team.”

From there, she hopes to one day play on the U.S. national team.

“Playing professionally would be like a dream come true,”  Japić says. “I have dreamt about playing pro since I was a kid. However, when you get older, you realize it’s not that simple. There are a lot of things that play into it.” 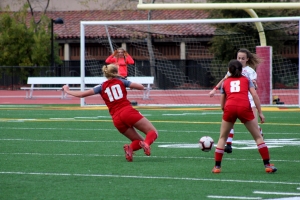 Putting in the work

From dribbling at the courts and gliding across the pool to setting volleyballs and swinging golf clubs, Japić has been a sports buff since kindergarten — but it was soccer she was most enamored by.

“I played a lot of sports growing up and just for some reason, soccer has always appealed to me more,” Japić says. “Just kind of [because of] the teamwork involved … the creativity and the finnessers of the game.”

After all, Japić is no stranger to hard work. Since fully committing to soccer in seventh grade, she devoted herself to improving in every way she can, setting ever-higher goals for herself.

“Every time I go to trainings, [I try to] just be a better player,” she says.

Japić plays with the Thorns almost year-round, with a break in July and a pause in the winter when she plays for the Paly team. However, even during those four weeks of summer, Japić says she constantly keeps in shape, always ready for the coming season.

Aspiring to play soccer professionally has also affected Japić’s life off the field. Although she loves to train hard and compete, she struggles to find a balance of her two lives that doesn’t feel overwhelming.

“I’ve had to sacrifice some of my social life for soccer,” she says. “But that’s how it is if you want to get to the next level.”

Her social life frequently conflicts with the times when she is on the pitch, but there are also other aspects that make hanging out with friends difficult. Specifically, getting an adequate amount of sleep often prevents her from going out with friends.

“If my friends invited me to do stuff the night before a game or if I had some social event, I would typically miss it to make sure I would be well-rested for the game the next day,”  Japić says.

“I’ve had to sacrifice some of my social life for soccer, but that’s how it is if you want to get to the next level.”

Although she works hard, Japić credits much of her soccer success to her parents, who she says have supported her endlessly throughout her journey.

“My dad played soccer growing up… He knows what sports are like,” she says. “He really pushes me and he’s given me the mentality I have today.”

Always striving to do better and aiming higher, Japić says she does not interpret her parents’ high standards as unreachable, but rather as challenges to take on. She says she is incredibly thankful for her parents’ support and the way that they have given her the opportunity to pursue her dreams.

“I think if I’d give anyone credit, I’d give my parents the most,” she says.

Having a robust support system has also helped her realize the valuable lessons she has adapted from soccer.

But most of all, she credits her ability to persevere to the game.

“The biggest thing I think [I learned was] when things get hard, you have to kind of push through and keep working,” she says. “I think that’s one of the hardest things in sports, and I think that directly reflects on to how life is sometimes.”