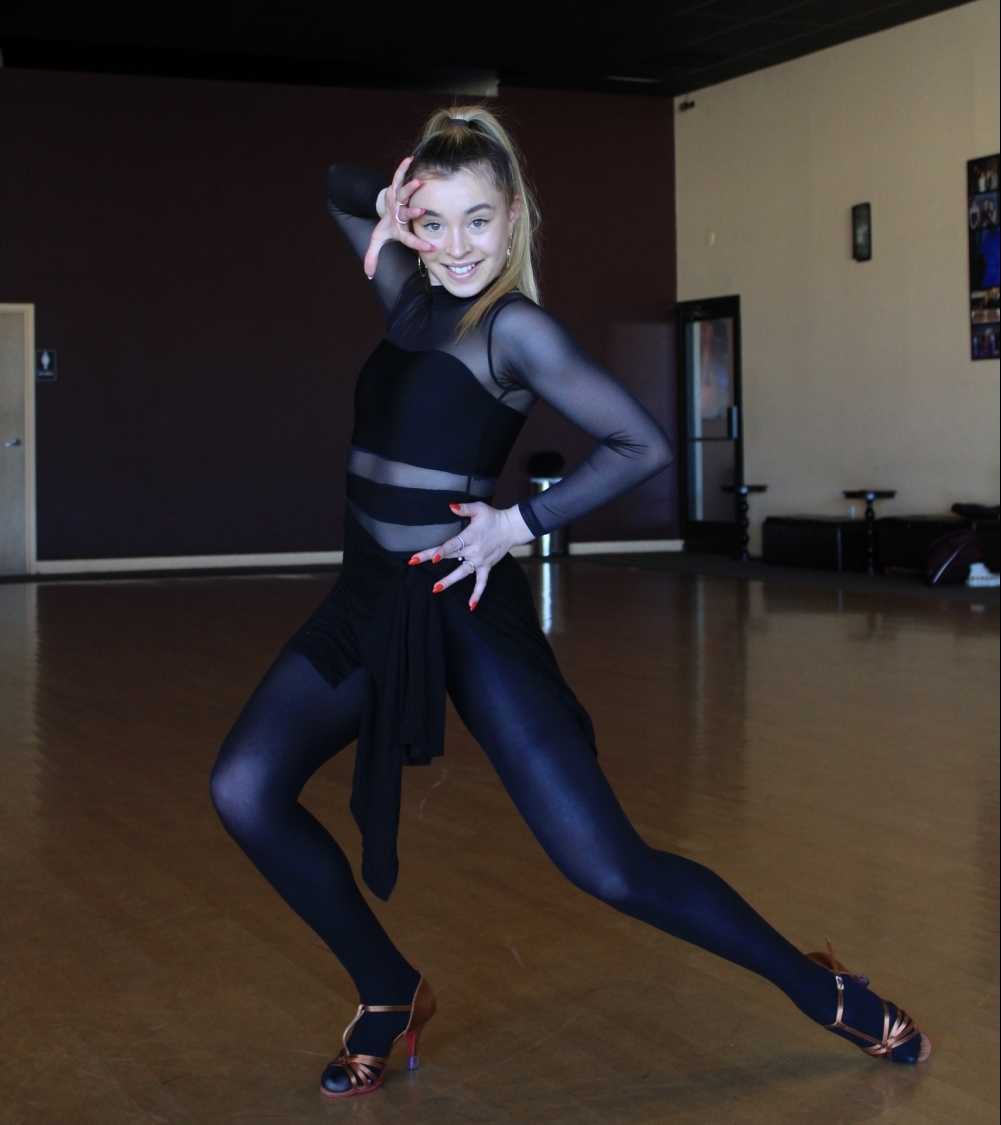 SALSERA For Giselle, Latin dance is a lifelong passion. “It [dance] is very time consuming, but I like to think that if you’re doing something that you love, it’s worth it,” Toth says. Photos by Zoë Wong-VanHaren

Giselle Toth’s performance at the World Latin Dance Cup begins with the blare of trumpets. As soon as the music starts, the video shows her moving, ducking under her partner’s arm and spinning in dizzying circles. With a sequence of tight, high-heeled steps and a flick of her skirt, she extends her arms and drops into a split.

Her routine features high kicks, dips and non-stop twisting. She maintains her smile the entire time, displaying the poise and stage presence of an experienced dancer. As the music crescendos, she slides around her partner, across the floor and into her final pose, cinching an incredible salsa performance.

Since she was six years old, Palo Alto High School sophomore Giselle Toth has practiced the remarkable art of Latin dance. Toth was first prompted to perform onstage by her mom, who wanted to help her overcome her shyness. She decided to try a Latin ballroom class and was immediately hooked.

“The music, the dances and everything — I fell in love with it.”

At eight years old, Toth competed in her first national competition, the United States of America National Dancesport Championships. She and her partner included samba, cha-cha and rumba, three of the five formal types of Latin dance, in their performance. Although the duo did not end up on the podium, competing in this event was a formative experience.

“Latin ballroom has taught me so many lessons,” Toth says. “Patience … hard work and dedication.”

While Toth explored the range of Latin dance throughout her first year, salsa — a type of Latin dance notable for its distinctive rhythms and intricate footwork — remained her favorite. Toth relishes the freedom salsa gives her to improvise and find her own unique style of expression. In 2015, Toth and her coach traveled to Miami to compete in the World Latin Dance Cup. Most of the other competitors were twice her age, but Toth found a way to channel her nervous jitters into her performance.

“I used my nerves as energy, and I won,” Toth says. “And that was my biggest accomplishment at the time, it was crazy.”

Despite only being 15 years old, Toth is planning to compete in the March U.S. National Dancesport competition in New York. With this, she hopes to make it to the international level.

Living in the studio: Exploring the lives of Paly dancers