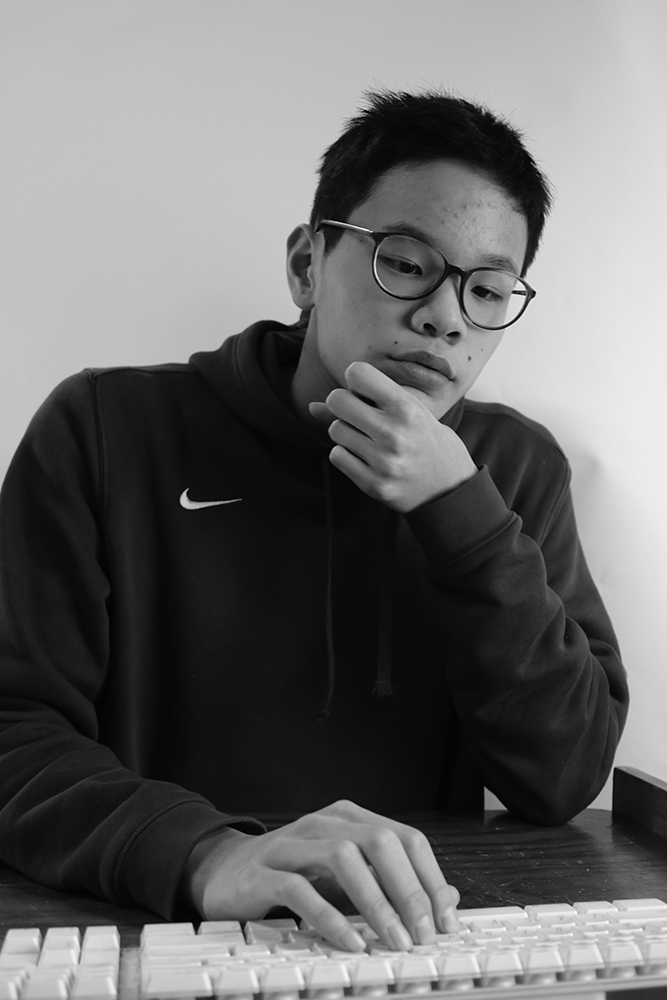 Caleb Tan almost laughed when the money came in; he could hardly believe that he was raking in free cash. Put in simple terms, his program, which Google-searches answers to the popular trivia game HQ Trivia in seconds, had netted him an easy $200.

Tan, a junior at Palo Alto High School, had spent over 20 hours coding the project he initially meant as a joke. He knew he probably could have made the same amount working fewer hours under the $15 Palo Alto minimum wage, but figuring out how to intercept data packages from the HQ Trivia websocket and coding a Google frequency search that actually worked was a challenge worth 10 times more than the money itself.

A member of the Paly robotics team, Tan learned to program mainly through mentors and self-study. Realizing he could manipulate and build the websites and apps he used daily captivated his interest; for his Paly peers, computer science has them enamored from design to data structure.

“Being able to make a product from scratch is honestly the best feeling in the world,” Paly alum and PalyHacks founder Emily Yu says. “You see technology around you everyday but to actually make it is different.” 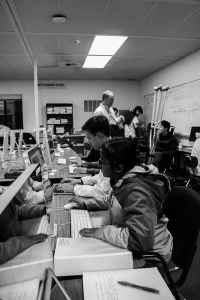 For Tan, enrolling in challenging computer science classes, such as Advanced Placement Computer Science A, to bolster his programming skills was a logical next step. However, like many prospective enrollments, Tan had heard the rumors: it was a class with an arbitrary grading system and unrelated lectures that deviated significantly from official AP curriculum, requiring students to spend a substantial amount of time outside of class learning the content required to succeed on the AP test.

For some students, like Yu, the poor experience in the class almost stalled further computer science pursuits.

“The class was disengaging and the somewhat distant lectures had very little class involvement,” Yu says. “Oftentimes students came in with not enough background knowledge to teach themselves, as [the teacher] often required us to do with the assignments…AP Computer Science nearly deterred me from pursuing computer science.”

Turnovers in the past year have also compounded instability for students looking to take computer science at Paly. Kathleen Krier, hastily hired to fill the position vacated by Christopher Kuszmaul’s unplanned leave-of-absence, resigned only three months into the school year amid complaints from students regarding unprofessional behavior. Will Friebel, the pioneer of Paly’s well-regarded web development class, decided to pursue a career in industry at the end of the last school year after five years as a math and computer science teacher.

Yet the issues faced by Palo Alto Unified School District are hardly isolated; they are part of a national issue. According to a 2018 report by the Code.org Advocacy Coalition, only 35 percent of high schools in the 24 states surveyed offered a single computer science class.

In an age where a computer science education has become more important than ever before, these examples beg a larger question: where are high school computer science teachers in students’ time of greatest need?

The bugs in the system

Computer science teacher Christopher Bell reclines in his chair, arms crossed and smiling slightly has he ponders the question. An 11-year teaching veteran and former industry professional, Bell knows better than anyone when he says that computer science knowledge is valuable in any profession — programming has become a basic tool in a toolbox for contemporary success. It seems rather paradoxical, then, that the growth of the industry butts heads with the very supplier of its workforce: the education system.

“There’s a teacher shortage in every subject,” Bell says. “It’s just that the [tech] industry throws money at CS majors to get them into their companies. I have four teaching jobs and I’m still not making as much as I could be in the industry.”

Bell touches on the very heart of the issue: the tech industry workforce shortage skyrockets demand — and wages — for qualified candidates. According to a recent report published by the Bureau of Labor Statistics, there will be 1.4 million available computer science jobs in 2020, and less than a third of those jobs will have qualified applicants to fill them. For computer science graduates faced with choosing a career path, the median salary for software developers in 2017 is roughly 50 percent higher than that of a high school computer science teacher.

“I have four teaching jobs and I’m still not making as much as I could be in the industry.”

In addition to these factors is the lack of a pathway for state computer science instruction certification which has led most districts (including PAUSD) to rely heavily on dual-position math-computer science teachers to staff their departments — a far less optimal solution. This is often compounded by the lack of physical computer science departments, which hinders teacher communication and leads to potential disconnects between class content and class goals.

“Most CS teachers that I know hold a mathematics credential and were originally hired to teach math,” Friebel states. “Computer science [at PAUSD] is not its own department, but rather a collection of electives in the Career Technical Education department. All of my time that the school allocated for collaboration went towards working with other math teachers. I was also the only teacher who taught my courses at Paly… I created all of my curriculum using a variety of resources, including my own experience, books, articles, and videos.”

According to Castilleja Computer Science Department Head Ann Greyson, there is a growing industry awareness of the issue at the high school level. There is a motivated population of students and a devoted community of educators willing to do it all to prepare their students for the world that awaits. Though the odds are stacked against high school computer science education, they are also in its favor.

While the tech companies may be the cause of this issue, there is no doubt that some are helping to find solutions for the situation. In fact, Microsoft recently founded Technology Education and Learning in School, an organization aimed toward creating effective and sustainable computer science education programs.

The state has taken steps as well. The California State Board of Education officially adopted a series of K-12 computer science standards on Sept. 6 and California Education Code Section [53310-53315] requires districts to submit an implementation plan for the new standards by July 15. There are state resources that school districts can access as well. The California Computer Science Strategic Implementation Plan is a collection of teachers, college professors, and other professionals who identify solutions for challenges facing computer science education.

Friebel says that better state credentialing pathways and greater district support will cause teachers to be naturally more inclined to teach the subject.

“Currently, you cannot enter a teacher education program as a CS teacher and earn a CS teaching credential,” Friebel says. “If that changes I think we will see an increase in CS teachers. We would also see an increase if districts began creating CS departments to give more legitimacy to the subject.”

35% of high schools in the 24 states surveyed offered a single computer science class.

“The establishment of a CS department [as an independent academic area] would really help us create a good flow of CS from Pre-kindergarten to junior or senior year of high school,” Antink says. “The District CS Department would have what’s called a “Steering Committee. It would include the Elementary CS Specialist, the Middle School CS ILs, and the High School CS ILs, as well as a district CS TOSA, and the two Assistant Superintendents. As CS develops and changes, they would form the communication hub to create a flow of CS education for our district.”

At the high school level, students have expressed interest in being able to pursue specializations. “None of the classes ever taught serious algorithm or application development concepts, which I would have definitely been interested in,” junior Brion Ye says.

For existing classes, Tan and Yu both believe that students would be able to benefit immensely from the incorporation of more project-based learning in classes.

“It is a great way to encourage enthusiasm amongst those who may prefer to see how the concepts they are using apply to real life,” Yu says. “As opposed to purely test-based grades, perhaps teachers could implement a more hands-on curriculum, including encouraging attendance at learning on their own outside of class, such as at hackathons or other tech conferences.”

As the world grows increasingly dependent on computers and code, having experience in the field will become critical in every profession. Outside of computer science classes, Greyson believes that computer science education will find itself gradually assimilated into a variety of classrooms and subject areas.

“I think that humanities related disciplines will increasingly integrate discussions around the ethics and impacts of technologies such a artificial intelligence,” Greyson says. “I hope that there will also be more integration into the arts as students discover the potential for creative expression through code.”