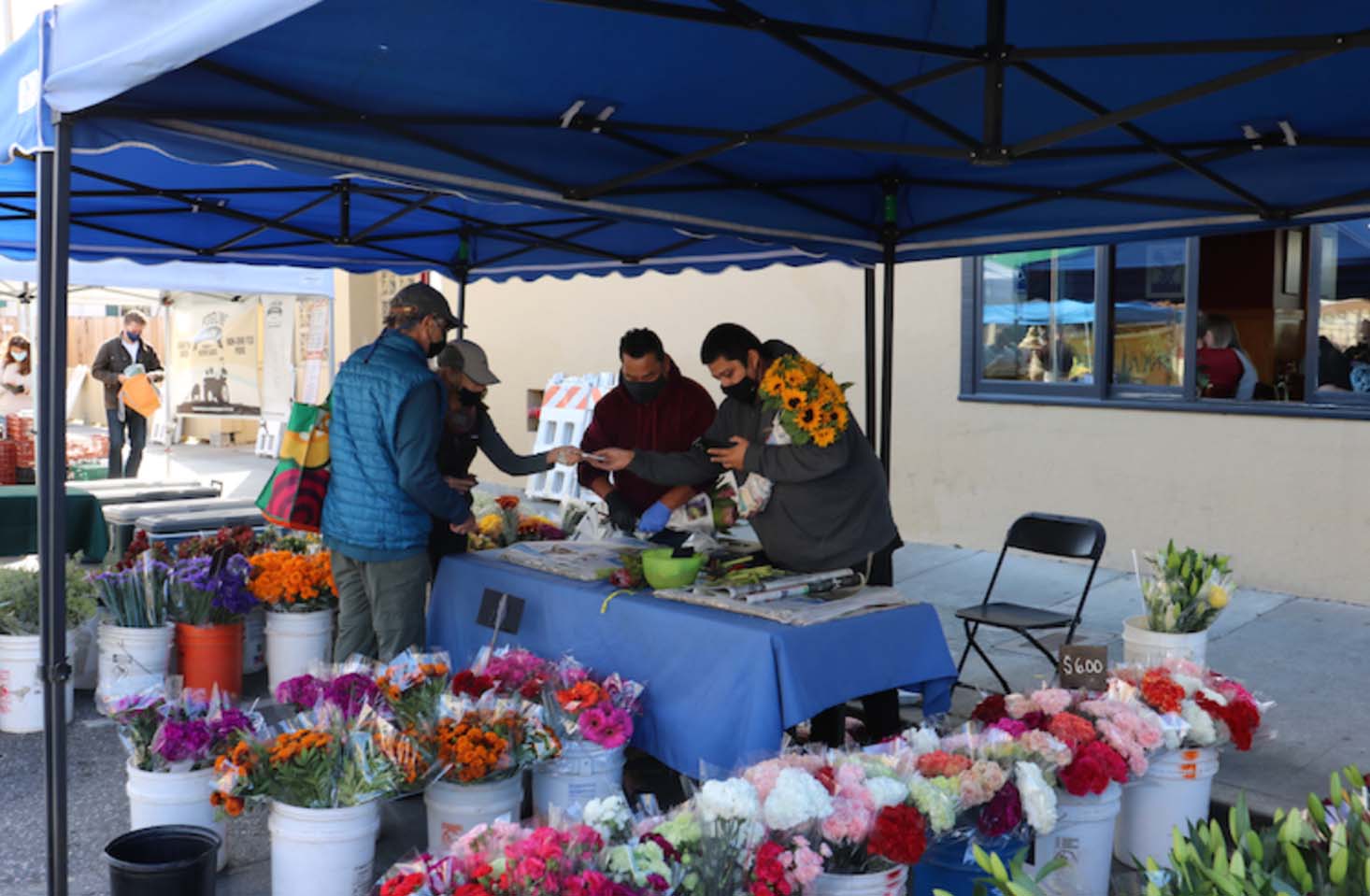 FROYLAN’S FLOWERS — California Avenue Farmers Market vendor Edgar Froylan helps package sunflowers for his customers. Froylan said his farm has had to cut back on the amount of water they use for their flowers due to water limitations caused by California’s drought. “We’ve had to cut back on how much we water our lilies, because they take a lot of water,” Froylan said. Photo: Bella Daly

Local farmers are facing the effects of California’s three-year drought, impacting their cultivation and sales.

According to the California Water Science Center, California’s Central Valley produces 25% of the nation’s food, including 40% of the nation’s nuts, fruit and table foods. The region’s arid climate has significantly decreased crop production, as stated in a recent New York Times article. If this trend continues, it would likely come with nationwide repercussions, as reported by the United States Department of Agriculture.

“A lot of our crops we actually dry farm. We rely on heavy rain in the springtime and then we plant our peas with a fertilizer so that [the fertilizer] holds the water in.”

With California frequently moving in and out of drought conditions in recent years, some farmers have adapted their practices.

“A lot of our crops we actually dry farm,” farmer Jessica Iacopi of Iacopi Farms said. “We rely on heavy rain in the springtime and then we plant our peas with a fertilizer so that [the fertilizer] holds the water in.”

Though this year has been difficult on farmers, experts worry about the effects of a possible fourth consecutive year of drought conditions.

“We think we’ll be able to manage through this year,” David Pettijohn, director of water resources at the Los Angeles Department of Water and Power said to CalMatters. “Next year is the issue. And we don’t know what the water year is going to look like. Nobody can predict the weather.”