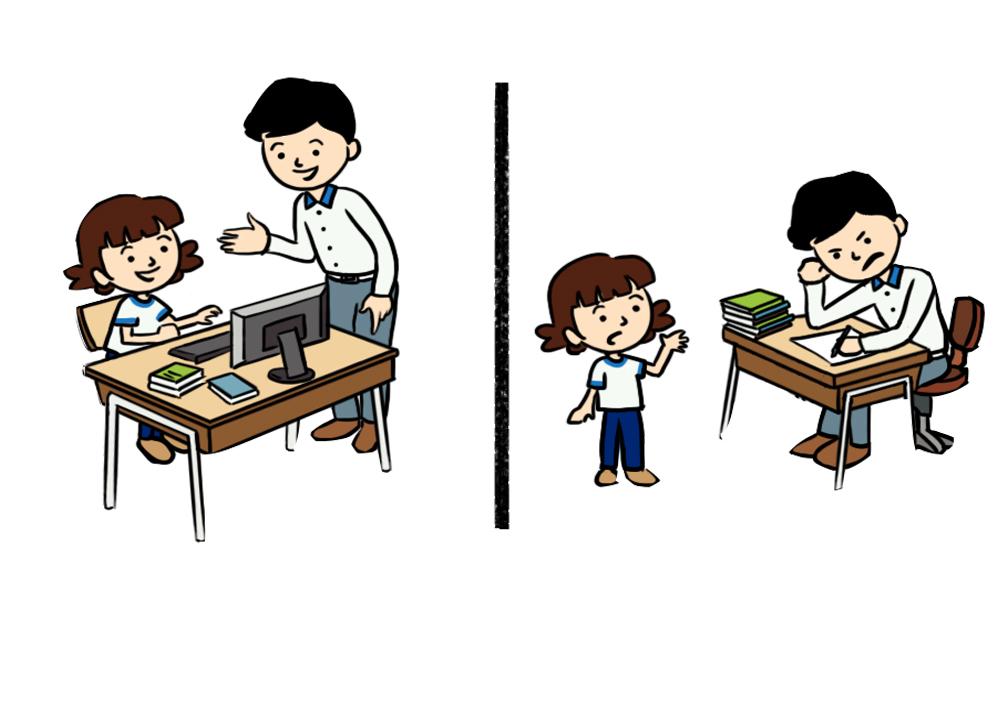 Could you repeat that?: How to improve class communication

We’ve all been in a class where, despite our best efforts, we end up missing the explanation for an important topic or the answer to a specific question. As students, it has become normal to have to lean over to the person sitting next to you and ask him or her to repeat what the teacher just said. Students, however, aren’t professionals; sometimes their explanations don’t clear up everything. As a result, the choice of cutting your losses or asking a classmate is simply picking your poison. More often than not, the lesson has moved on, and because of your attempt to catch up, you’re suddenly out of the loop on multiple topics.

As students, we are supposed to go to school to learn and solve problems that we are presented. This process, however, doesn’t always go smoothly — this is where student-teacher communication becomes key. For many students, the problem is the concept of going up and asking a teacher for help. Many feel uncomfortable approaching a teacher with questions. Perhaps students don’t want to come across as unfocused or not caring enough to pay attention during class. Maybe they struggle to formulate their thoughts under pressure and don’t want to be seen as inarticulate.

Students don’t want to come across as unfocused or not caring enough.

With a form that was open year-round, a student could simply input their period, explain what they need further clarification for and submit the form. This would allow many students who are uncomfortable asking the teacher directly to still be able to ask their questions and have the concept reviewed quickly at the beginning of the next period.

A possible way for teachers to review the information would be to take the first five minutes of class to go over any form responses that they received, and then quickly explain the topics that students requested be reviewed.

This would be beneficial to both students and teachers: students would have a way of asking for help without worrying about how it will affect their standing, and teachers would gain insight into what should be emphasized and explained in more detail.
The forms would also serve as a bridge for learning to approach authority figures. Being able to talk and ask questions to a boss or higher up is an incredibly useful skill, and one that many people, myself included, are born without. For students that are more shy, having the option of asking anonymously would help them grow more accustomed to asking higher-ups for help, and would create an easier transition to the workforce, where frequent communication with superiors becomes expected.

Having a form like this would also help with student’s perception of teachers willingness to help. Every teacher I have had has been kind, understanding and has been willing to help me out, but approaching them to ask for assistance still feels nerve-wracking. Explaining this system during the first week, while first impressions are still being formed, would demonstrate to many students that their teachers are making a sincere effort to help them out, which every teacher is willing to do.

A student’s job is to learn material, and a teacher’s job is to teach that material. In this sense, teachers and students are similar to partners in group projects. Sure, you can just do your part and leave your partner in the dark, but the end product will always be better when both partners give, and in turn receive, a little bit of feedback.