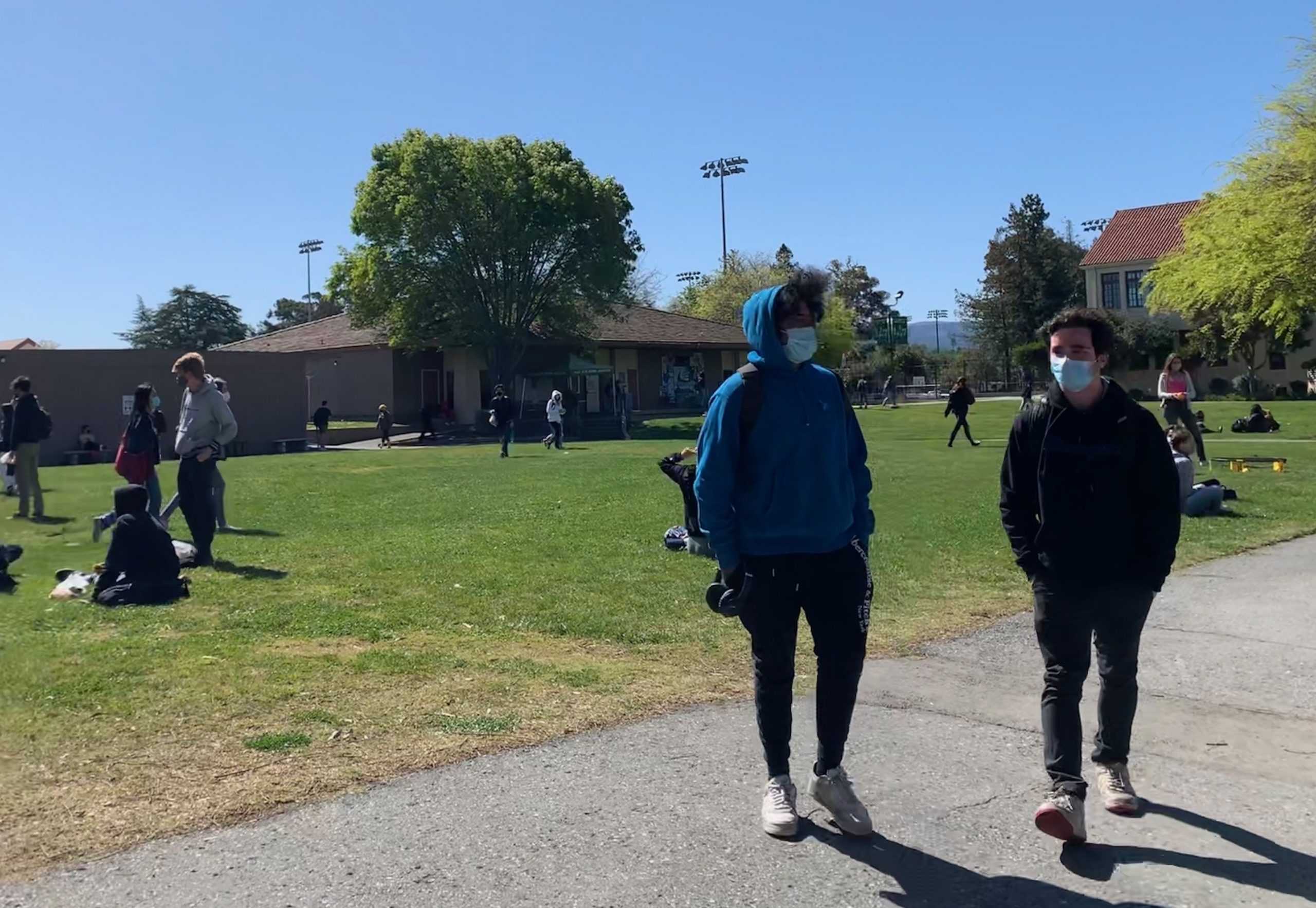 OPENING IN ORANGE — Santa Clara County’s new placement in California’s orange coronavirus tier allows Palo Alto High School students to travel on and off campus throughout the school day. This change will also bring back the ability for students to have lunch at Town & Country, a common aspect of Paly student life. “I’m excited to be able to get lunch and snacks at my favorite restaurants,” freshman Sophie Vargha said. Photo: Paisley Annes

*Editors’ note: This story previously stated that the Palo Alto High School campus would open the week after publication. Following a Schoology message from Paly Principal Brent Kline at 8:12 a.m. on March 24, the story was corrected to state that open campus will be reinstated on March 24. All story corrections can be found under the ‘Corrected stories’ tab.

Rotating groups of students have been attending in-person school since early March, but have not been allowed to leave campus during the school day. With the shift to the orange tier, Palo Alto Unified School District’s guidelines allow for a return to an open campus, meaning students can travel on and off campus during lunch or prep periods, according to Paly Principal Brent Kline.

“I feel like an open campus will give students more flexibility during lunch and preps, which is an aspect of school that I think a lot of students enjoyed,” Mar said. “Next week when the campus is open, I expect a lot more kids to show up.”