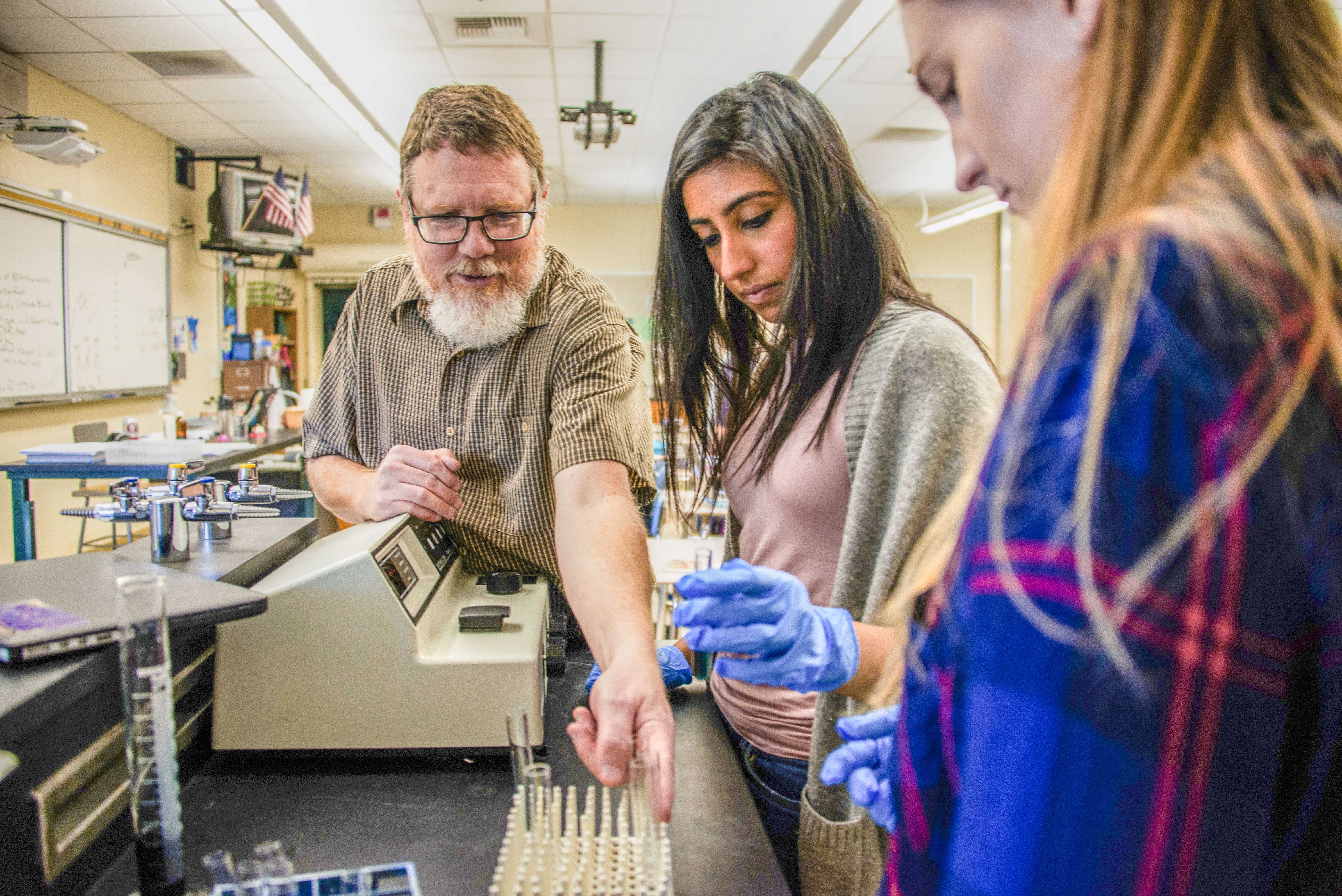 The room is silent, filled with suspense. All eyes are fixed on the tiny piece of magnesium held by Ron Bowditch. His thumb pushes down on the lighter touching the strip. A blinding light shoots out from the magnesium and dissipates, leaving behind traces of smoke and a room full of “oohs” and “ahhs.”

With seven years of engagement in the Palo Alto High School community under his belt, Bowditch continues to ignite the same passion in students in their science endeavors that he once discovered in himself in college.

Bowditch first discovered his passion for the sciences when working with animals as an undergraduate student at the University of California, Davis where he earned a bachelor’s degree in biochemistry and master’s degree in microchemistry.

However, he soon moved over to the college’s biology and chemistry labs once he saw how compelling the subject matter was.

“I loved it [working in labs],” Bowditch says. “I’ve never left since. Every day was something new.”

Throughout his 20 years of teaching college graduate students at the University of Oklahoma, Bowditch had his fair share of experiences.

“Grad students can be very interesting,” he says. “They would work all night through the middle of the night in the lab that I ran. If you go in any time there’s probably someone working in the lab. I would find them lying asleep on the couch and sometimes we would do crazy things.”

Once, Bowditch even walked into what he thought was an empty classroom to find his students draining blood from each other for an experiment.

“I had to stop them because they were essentially going to bleed each other to death at the rate that they were going,” he says.

After he moved back to California and began teaching at the University of California, San Francisco, Bowditch decided to quit his job as a professor because it involved tedious work.

“I just wanted a change of career, something that was a little more motivating,” Bowditch says.

Bowditch has established himself as a beloved figure in the Paly Science Department. For him, instructing high school students in his Chemistry and Biotechnology classes is more enjoyable than instructing college students because their enthusiam shines through.

“Not everyone [all of his students] is a scientist,” Bowditch says. “But everyone seems proactive in their own education here – for the most part.”

According to his students, Bowditch has made a lasting impact on them through his quirky stories and life philosophies.

One such story involves his idea to ship helium across the world. Because the post office charges based on weight and helium is lighter than oxygen – “negative weight,’’ as he puts it – the post office would then have to pay him instead.

“His enthusiasm and extensive knowledge about chemistry, his humor, his dedication to Scioly [Science Olympiad] and his genuine care towards his students make him a great teacher,” senior Kelsey Wang says.

Along with his memorable stories, Bowditch’s perspective on life relays valuable life lessons to students.