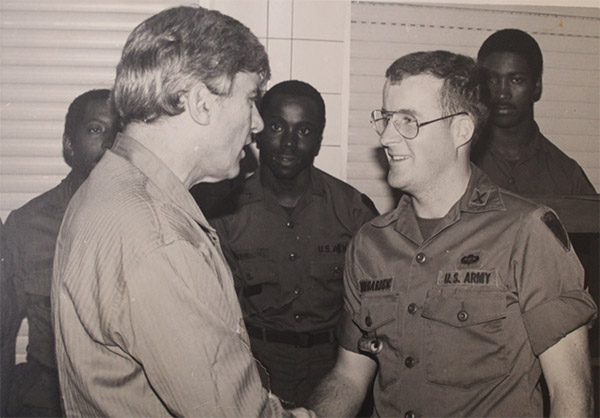 Before They Were Here: Faculty’s Careers Before Teaching

Over 200 faculty members at Palo Alto High School teach, counsel and otherwise work here on a daily basis. While many  were passionate about their chosen field of education from the beginning of their own higher education, others arrived at their destinations as teachers through alternate routes. Verde talked to four faculty members to learn about their careers before going into the field of education.

Cynthia Chen has always been interested in becoming a teacher, but she did not choose to follow that career path at first.

“I’ve always thought about education even when I was in high school myself,” Chen says. “I didn’t have the courage to pursue it mostly because of the financial reason.”

After graduating from UCLA, she began working at Deloitte Consulting, specifically with the software PeopleSoft. As a technology consultant, she conferred with different companies who wanted to install PeopleSoft to manage and configure their databases.

“I mostly met with clients to understand their needs in terms of how they wanted to configure their different databases,” Chen says. “We needed to figure out what their specific needs are because different [companies] have different protocols.”

Throughout this time, she felt as if there was something missing. Though her career in tech was more profitable, Chen realized that money did not matter as much as happiness did to her, so she decided to follow her heart and become a teacher.

“You’re going to have to do whatever it [your job] is for conceivably your entire career,” Chen says. “You have got to make sure it counts and you’re happy.”

“I am very happy with [my new career] and I love being in the classroom and interacting with students,” Chen says. 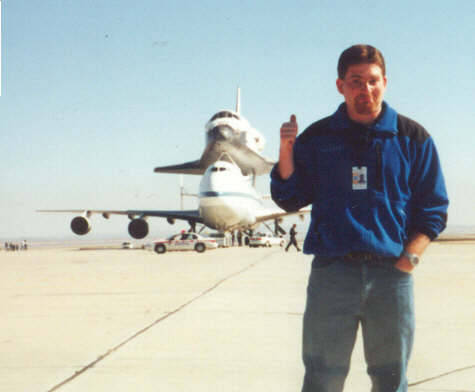 Josh Bloom has wanted to be a scientist since a young age, but teaching never crossed his mind until he was given the opportunity to work as a scientist for NASA. Growing up, Bloom felt a strong affinity for the space program, so he decided to major in physics at the  University of Washington. However, after getting first-hand experience while working with a physics professor, he decided to change his plan.

“It [physics] just did not resonate with me, so I came back to aerospace engineering,” Bloom says.

Bloom graduated from college with a double major in physics and aerospace engineering. He then began interning at NASA’s Dryden Flight research center in Southern California; he considered pursuing a career with NASA.

“I thought maybe I [would] be an astronaut,” Bloom says.

After a year working as an intern, NASA offered Bloom a position to train astronauts in Texas. However, Bloom decided to turn down the position at NASA and become a science teacher at Gunn High School, eventually switching to teach at Paly. He based this decision off of his prior experience as a camp counselor, when he felt passionate about working with kids.

“Sometimes I wonder what would have happened if I had taken the job at NASA,” says Bloom, now in his 14th year of teaching. “But I don’t regret it at all.”

Unbeknownst to many Paly students, the Guidance department has many faculty members with their own unique backgrounds.

One of them is Crystal Laguna, who now works as an outreach specialist in the guidance department. She had no intention of working in education when she began her career in health care  in San Jose, California. Laguna worked in that field for over four years, dealing with insurance and medical records. This also included providing health information to healthcare providers. However, there was a downside.

“I liked [my job], but there wasn’t much room for growth there if you didn’t have any other kind of degree,” Laguna says.

While working as a healthcare technician and eventually becoming a supervisor of the department, Laguna realized that she still felt unfulfilled since she was unable to move up furthur in the ranks of that field. This realization prompted her to go back to school to get a college degree.

“Once I enrolled at college, I realized that my passion had always been education,” Laguna says. “My own experience [growing up] in education is what drove me to get my degree as a counselor.”

Though Laguna went back to school specifically to learn how to be a counselor and work in education, she has found that her experience working in health care carries over into counseling. She is able to communicate easily with students as well as parents because of her experience with patients while working in her previous career. Laguna can understand and sympathize with students like she did with the patients on a daily basis. This can involve focusing herself on their needs to understand what may be causing their frustration or depression, and treating them with the respect that they deserve.

Because of this, working in education has become a fulfilling career for Laguna. It is a field that she is passionate about and one which allows her to keep improving. This differs from the field of healthcare where her lack of a degree kept her from moving up in the ranks as much as she wanted to.

“I think you should have the ability to change careers until you find that passion that you’re looking for,” Laguna says.

She has found that passion as a counselor and specialist at Paly. Laguna says that she hopes to continue to work and grow in the field of education and counseling in the years to come.

For the many students who have taken John Bungarden’s A.P. US History class, it is hard to imagine him doing anything but teaching. Before becoming synonymous with APUSH, Bungarden spread his talents around many areas, working for startups, a hazardous waste company and financial services. However, the most prominent of his previous jobs was working for the United States Army, which Bungarden joined after graduating college. Bungarden especially enjoyed serving as a part of a unit.

“There’s the missions, the soldiers you served with and the things you had to learn [and get] better at,” Bungarden says. “But the fun part diminishes [over time]”.

He then decided to leave the Army after achieving the  rank of Captain. For the next decade and a half, Bungarden served in the National Guard as he worked at various other jobs before deciding to go back to what he had originally wanted to do and became a teacher. He uses his Army experience in his current job, especially when teaching about wartime tactics, like the American Revolution and trench warfare.

“[It is] true for all teachers that you bring the rest of your life to teaching,” Bungarden says. “Everything contributes to it.”