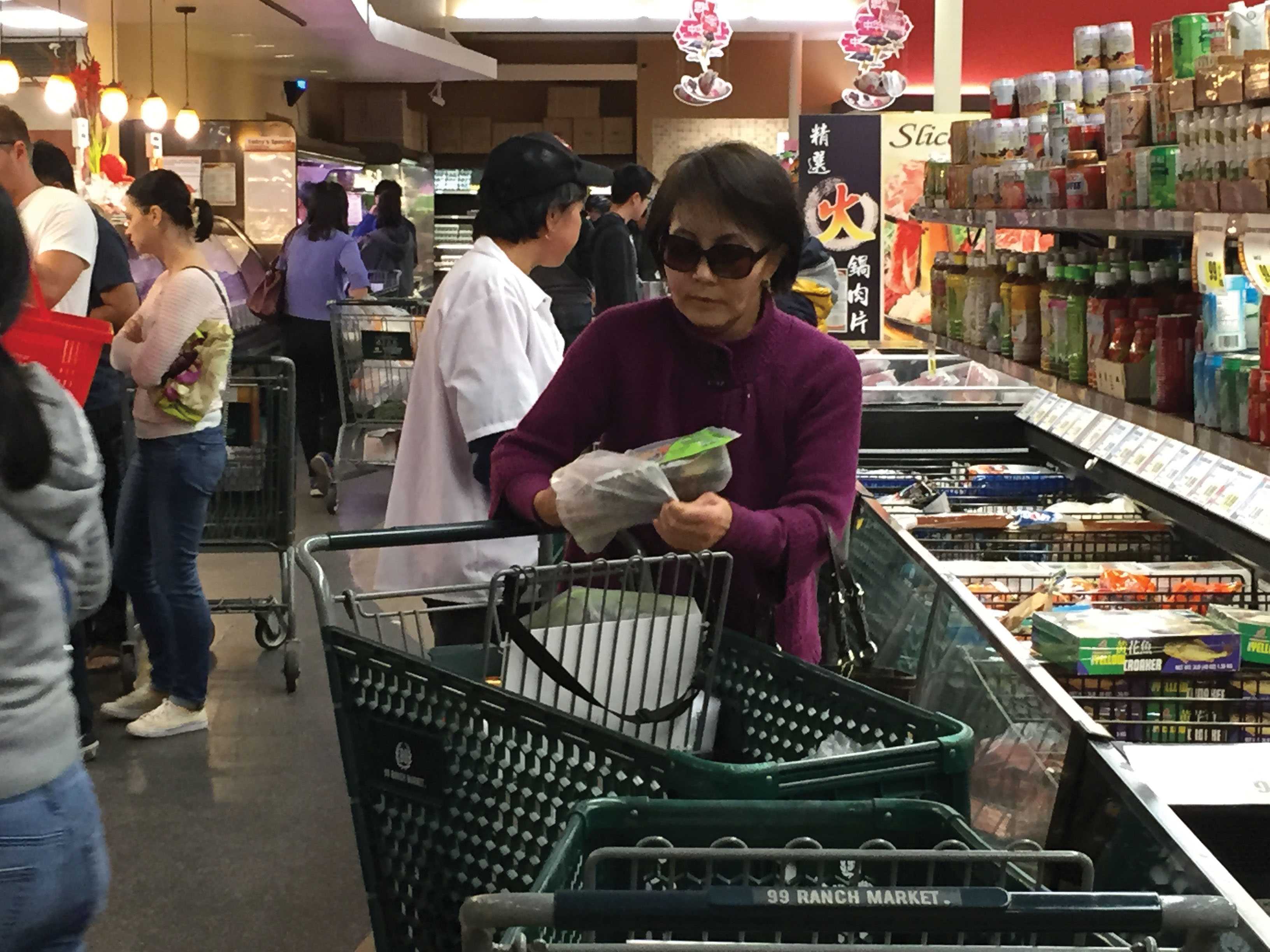 We tear open the shiny package, at which point a waft of salty smell spreads in the air. We’re huddling outside of Indian Cash and Carry on a Sunday afternoon, trying the snacks we just purchased. Placing peanuts in our months, we feel the burn of a sour-spicy flavor, which then melts into a buttery egg taste.  These fried peanuts are produced by India’s most popular snack brand, Haldiram.

The sale of non-restaurant Asian foods went up to $1.5 billion in 2012 and reflects the rising popularity of Asian foods in America. Verde visits two popular Asian stores to try the foods that more and more Americans are consuming.

Strolling into Indian Cash and Carry on a Saturday afternoon, we are overwhelmed by the smell of spices and the sound of classical Bollywood music.

After tearing our eyes from the golden elephant god, Ganesha, on the checkout counter, we focus on the hustle and bustle of customers: mothers chiding their children in a mix of Hindi and English, babies crying and older women in colorful embroidered clothing examining fresh pieces of fruit before placing them in plastic bags.

Products are labeled in English and Hindi; bags of bargenzo beans, powders, spices and pickles line the aisles.

“There are so many spices in India,” says customer Jawahar Goel. “Each community and even each family uses different spices, or the same spices in different amounts. Indian Cash and Carry is good because it caters to all regions of India, a diverse place.”

“Indians use leaves as plates,” Kumar says. “They make the food more hygenic.”

Non-Indians make up 5 to 7 percent of its customers, and the store is most popular during holidays like Diwali, an important Hindu holiday celebrated with lights and fireworks.

The most fascinating part of the day was visiting the snack aisle. Squeezing through the aisle packed with aromatic goods, we marvel at colorful snack packages.

Goel, who spots us staring cluelessly at the formidable wall of food, suggests we purchase a package of deep-fried peanuts and a bag of samosas. When we open the box of Indian cakes, we are surprised by their gritty texture, sweet, milky taste and greasy marks left on our fingers.

We leave Indian Cash and Carry informed and with full stomachs. The sound of the Bollywood music lingers in our ears as we go on to Ranch 99.

It’s difficult to drive by and not notice Ranch 99. A bright red banner hangs from the ceiling. It reads, “Chinese New Year 2016: year of the ram!”

Accompanying the banner are red lanterns and tables draped with red table cloths. Traditional Chinese New Year snacks in red packaging litter the tables. According to an article from NationsOnline.org, red represents liveliness and festivity, golden chocolate coins bring fortune and large packages of candy guarantee a sweet start to a new year. The store is relatively quiet on the Sunday evening.

As we traipse through the aisles, we are struck by the mix of traditional and commercialized goods. Traditional China meets modern, commercialized China in a clash of various foods and packaging. One aisle is filled with peculiar dried fish and octopus snacks, while another is packed to the brim with all kinds of ramen. We pass by a wall with tubs of pork sung, a dried, shredded pork dish traditionally eaten for breakfast. Nearby, Rice Nuts Cereal has comical packaging that features figures made of nuts in various tai-chi poses.

Every now and then, we spot Korean, Japanese or Thai characters marking foods and drinks. A huge section at the back of the store is completely devoted to meat, with stacks of rib-eyes in styrofoam packages and fish tanks filled to the brim with crabs, catfish and lobsters.

Walking up and down the aisles, we notice that, unlike the Indian Cash and Carry, which had many families, most of the customers at Ranch 99 are there alone or with friends. For the most part, many people appear to be on the younger side.

Once again, we are drawn to the snack aisle. We pick up a package filled with paper cylinders covered in graphic Chinese characters that look like coin tubes. They’re filled with haw flakes, which are red and sweet disks made of Chinese hawthorn. Thin and crumbly, they have a slight citrus taste and a melt-in-your-mouth texture.

Asian grocery stores have a myriad of delicious foods and provide insight into new cultures.