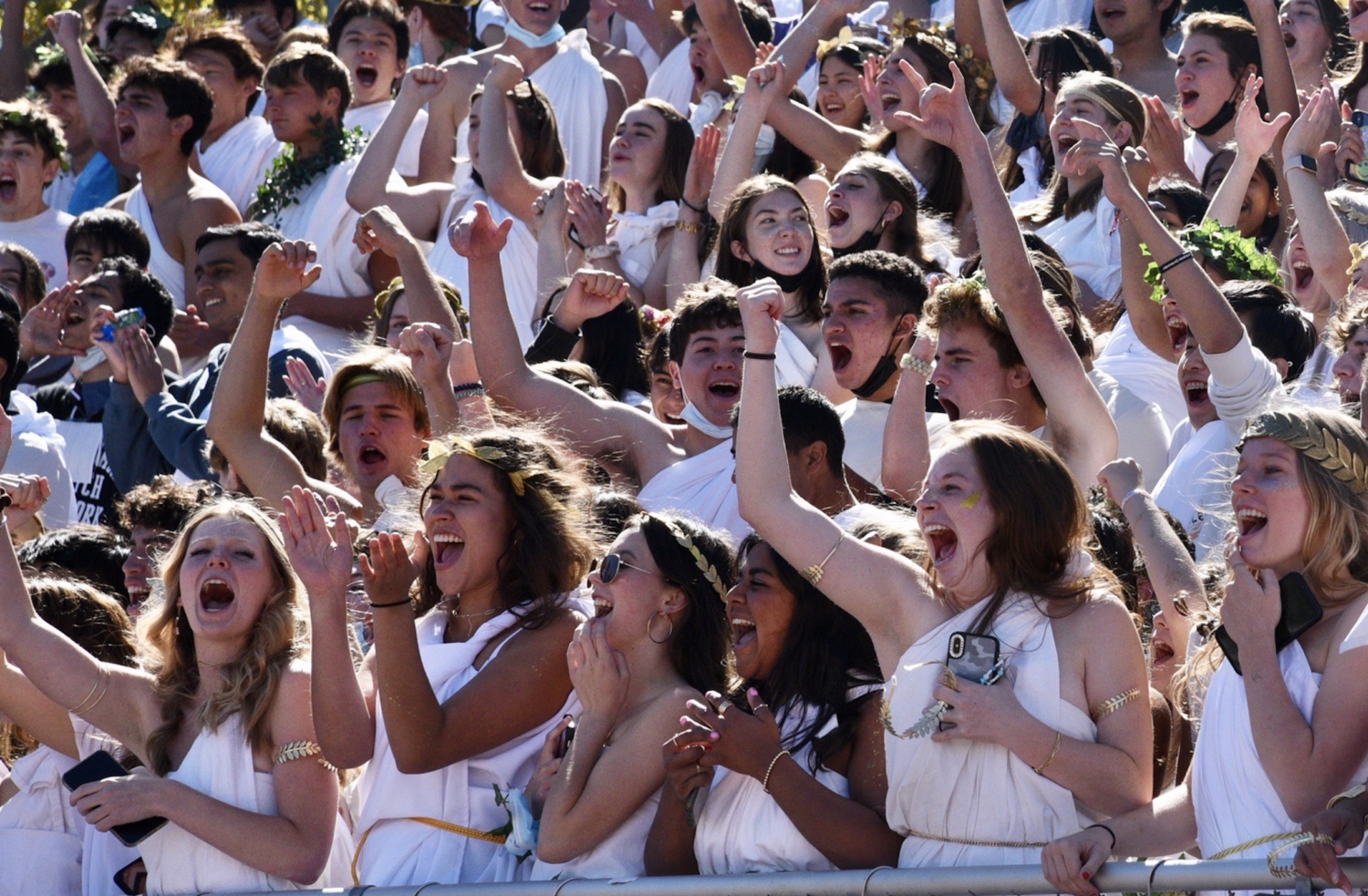 SENIOR SEASON — The senior class cheers during one of the spirit week lunch rallies during this year's Spirit Week. Planning and executing this year’s Spirit week posed as a formidable task according to Associated Student Body President Johannah Seah. “There were so many factors that cascaded, and it started, obviously, with COVID,” Seah said. “We've definitely had a super unique and weird, impromptu experience.” Photo: Emily Yao

ASB Spirit Commissioner and junior Evie Kramer said that this year, ASB had to essentially start from scratch. Since Spirit Week did not happen last year and the records from past years could not be found, the school had to buy new materials and create new spirit rally games.

“We are putting in place committees who are working together to set up formal plans and document sheets for the next spirit commissioners,” Kramer said. “There’s a lot of stuff that we could have done previously to make our actual week a lot easier, but a lot of the stuff that we needed to do just got pushed to the last moment.”

Kramer feels that despite all of ASB’s efforts, there are many aspects of Spirit Week that are beyond ASB’s control.

“While we did put in measures that will hopefully make things easier for next year’s ASB, many of the events that happened during this year’s Spirit Week can not be fixed by ASB alone,” Kramer said.

“We are putting in place committees who are working together to set up formal plans and document sheets for the next spirit commissioners.”

ASB president and junior Johannah Seah said that a major issue ASB dealt with was criticism from the student body.

“A lot of students were blaming ASB or jeering at them or shouting at them, and pinning anything wrong [on ASB], even if it wasn’t in their control,” Seah said. “That took a large toll on everyone’s mental health.”

Seah believes this stress can be fixed in the future, but the solution lies in the hands of the student population.

“ASB members, while we do have a responsibility to serve the school, and we do hold a position in which we are put under a magnifying glass, we are still high school students,” Seah said. “We are just classmates in your classroom, we’re not superhumans, so they [the student body] should just really take things into perspective.”