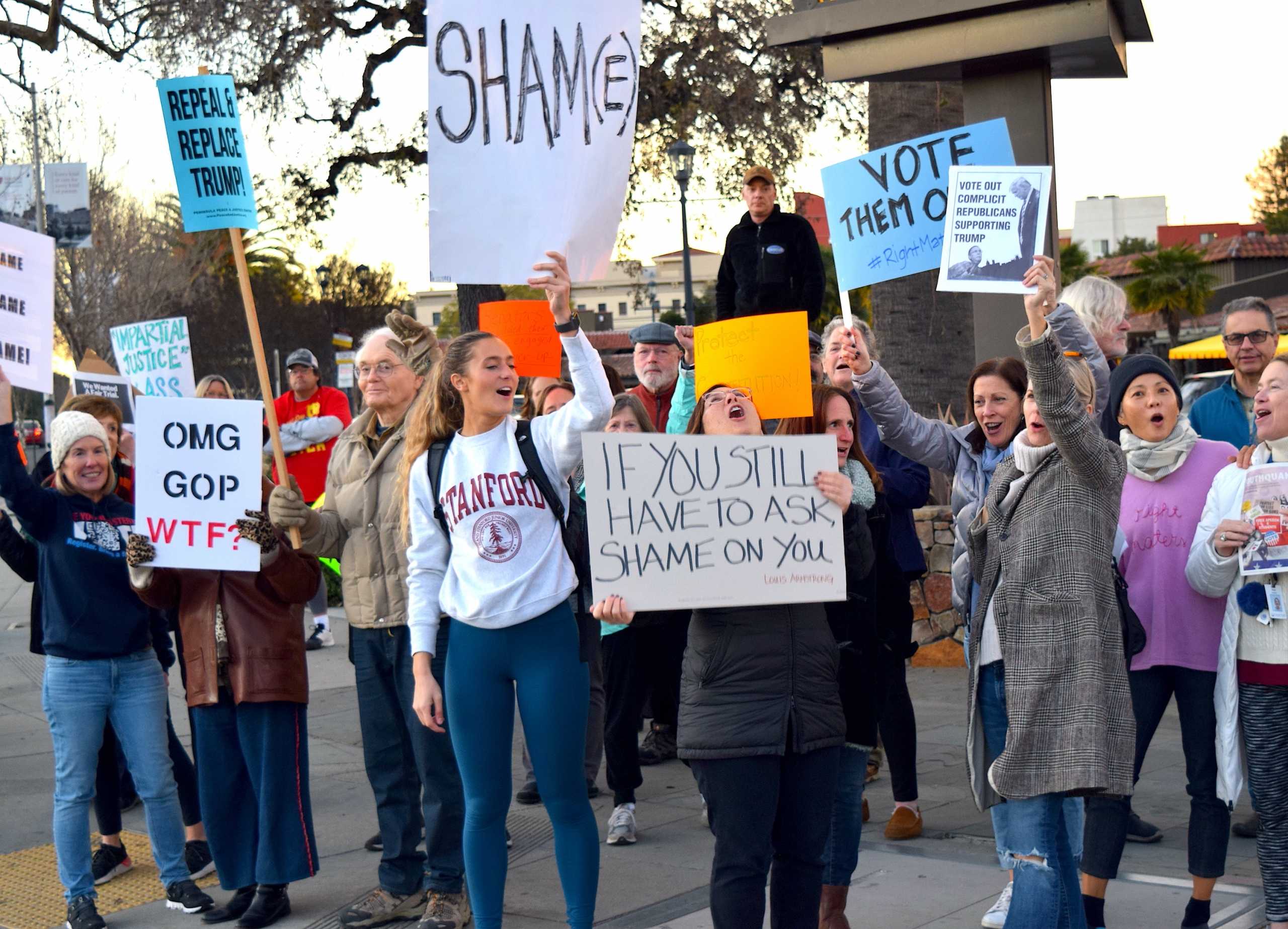 An ongoing rally to protest the Senate impeachment acquittal of United States President Donald Trump is happening now at the corner of El Camino Real and Embarcadero Road.

Earlier this afternoon, the Senate voted against Trump’s removal from office on two articles of impeachment — obstruction of justice and abuse of power — bringing the multi-week trial to an end. The trial had no witnesses and all but one senator voted along party lines.

“We are here to make a very simple statement, which is that we reject the non-trial, which is really nothing more than a cover up,” organizer Susie Hwang said.

Over 40 protesters were in attendance, and Hwang said she had not expected such a large turnout.

“I was here by myself for a little bit so I was a little anxious about that and self-conscious, but this is a great turnout,” she said. “I think people have been paying attention and the Republicans have gone too far.”

Hwang added that she believes the most important thing that people can do to take action is to vote in the upcoming elections. 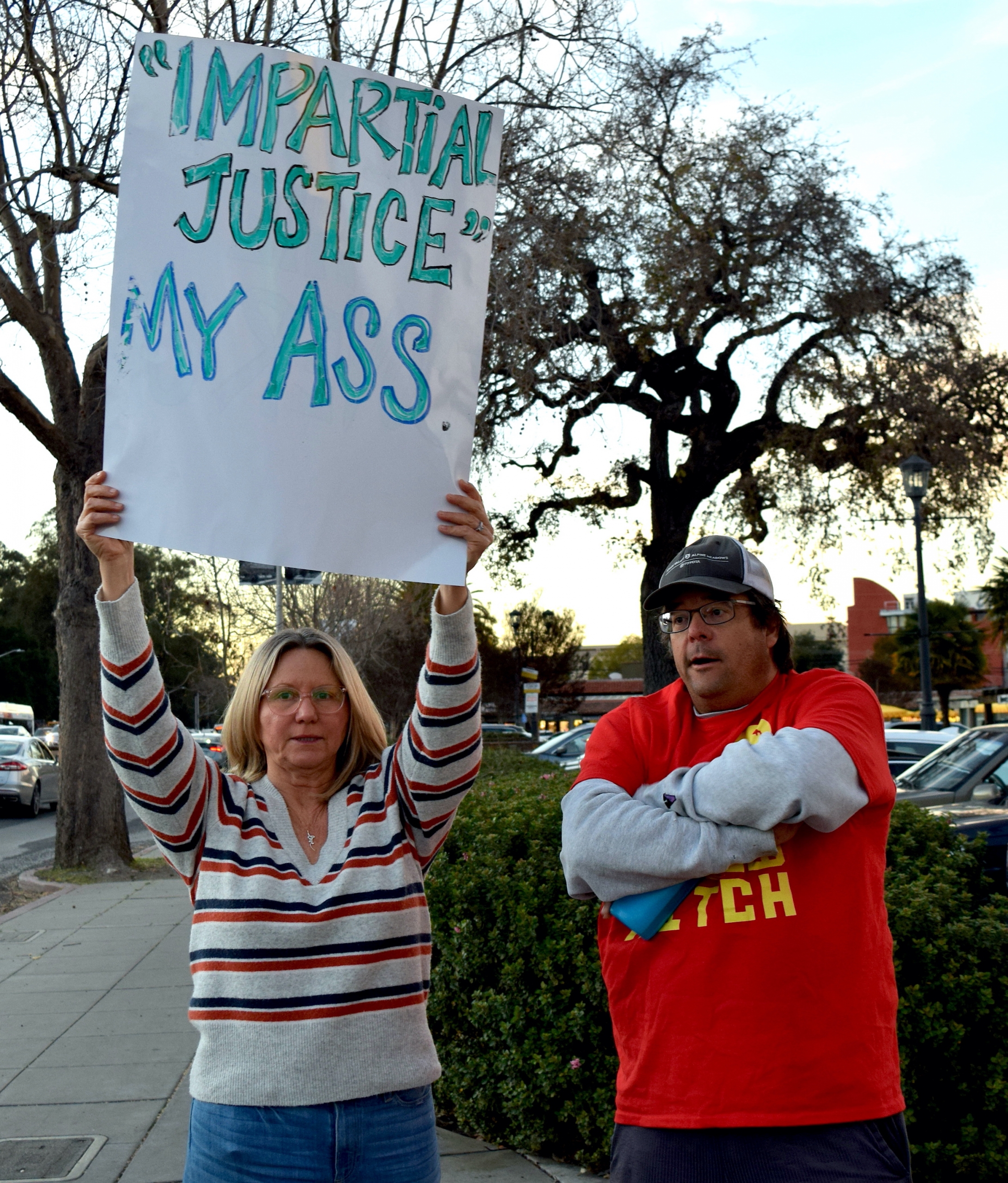 JUSTICE SERVED? Protesters share their anger over the acquittal of President Donald Trump. 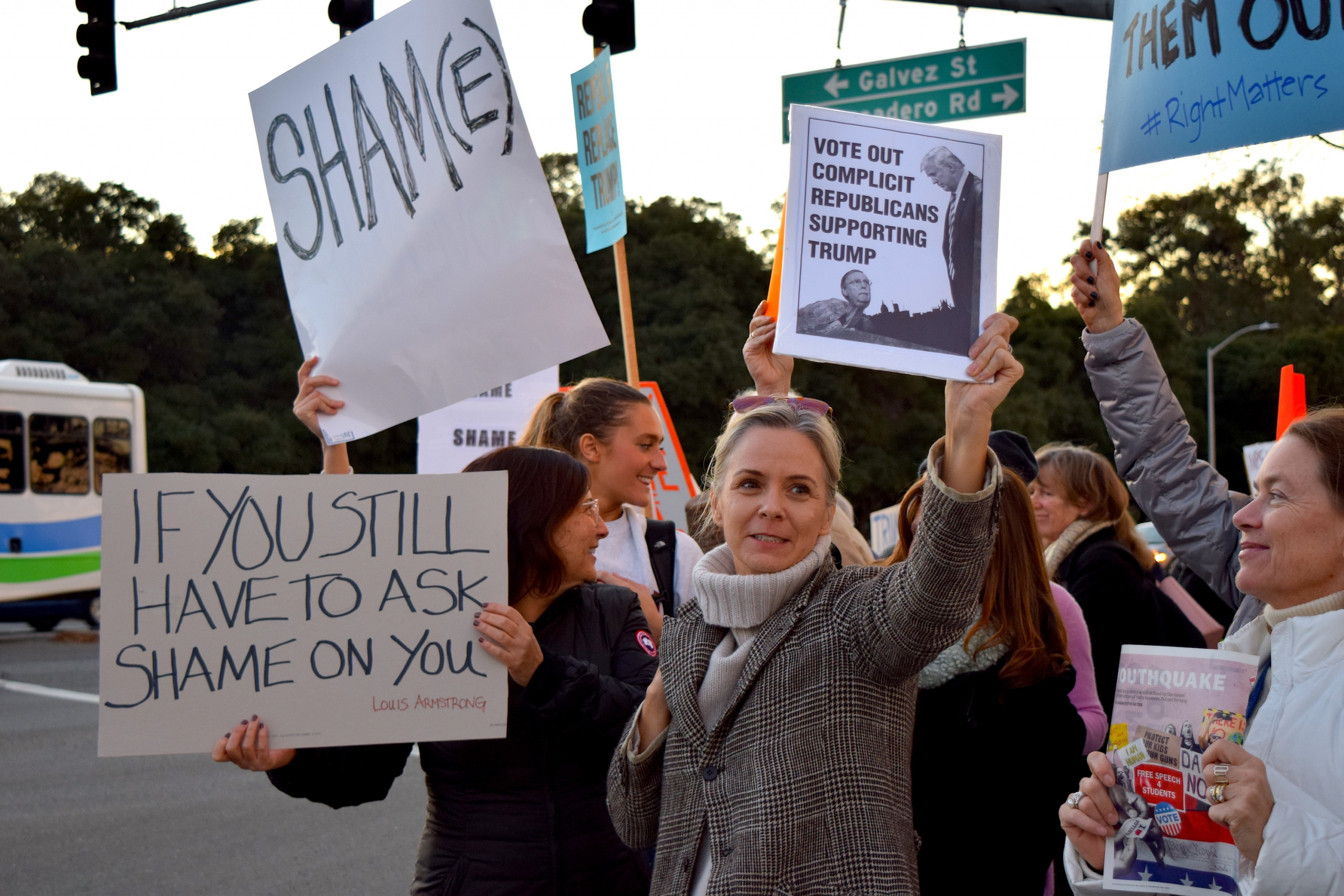 SHAM(E) Rally participants cheer and hold up signs with clever slogans as cars honk passing by the protest. 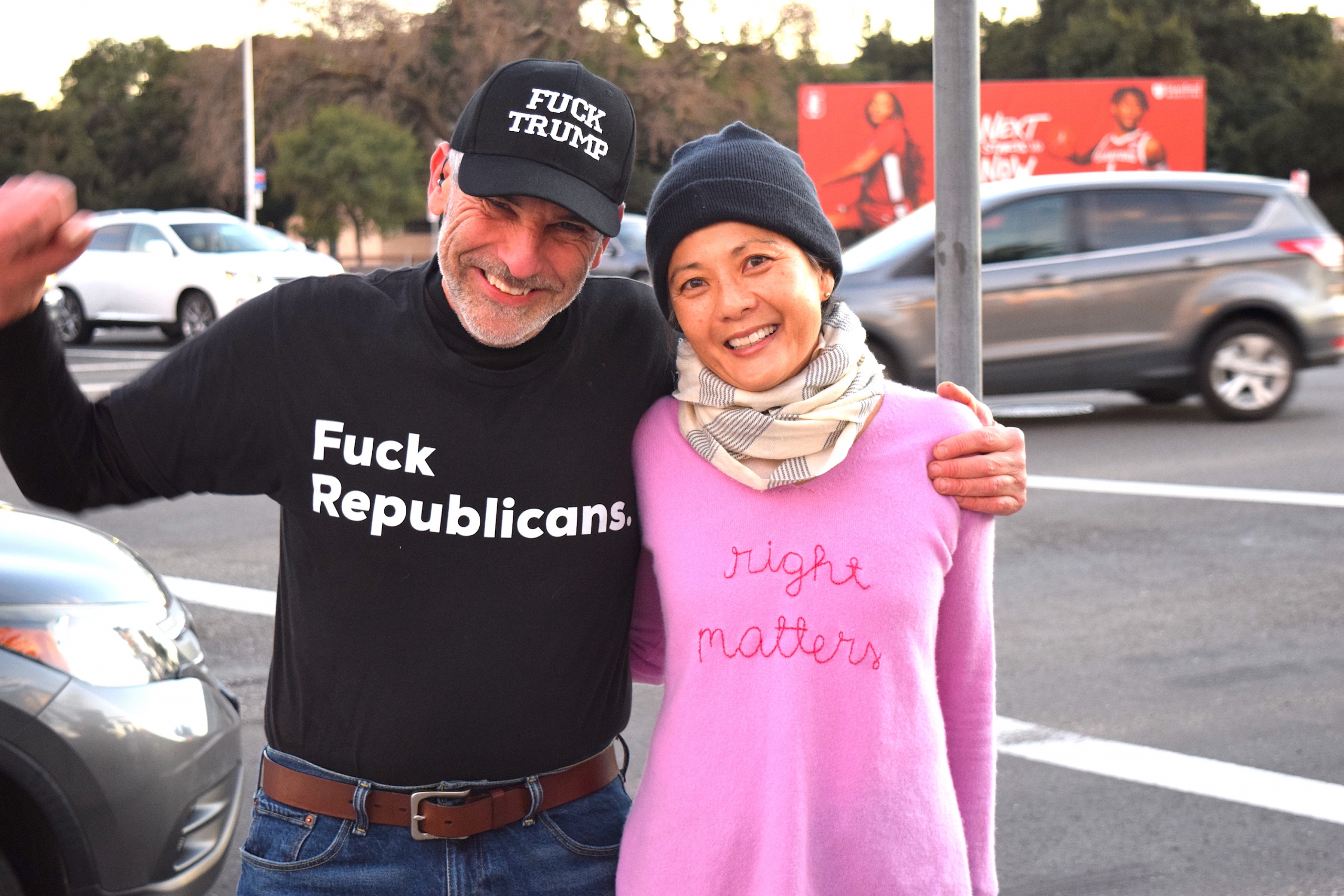 STRONGLY-WORDED SWEATERS Protest organizer Susie Hwang poses for a photo with a fellow protester, both wearing rally-ready apparel that convey their political beliefs. Hwang strongly believes that people need to get out and vote in the upcoming election. “I think that the most important thing we can do is win elections,” Hwang said.

Why I stand up and fight: My journey as a young activist