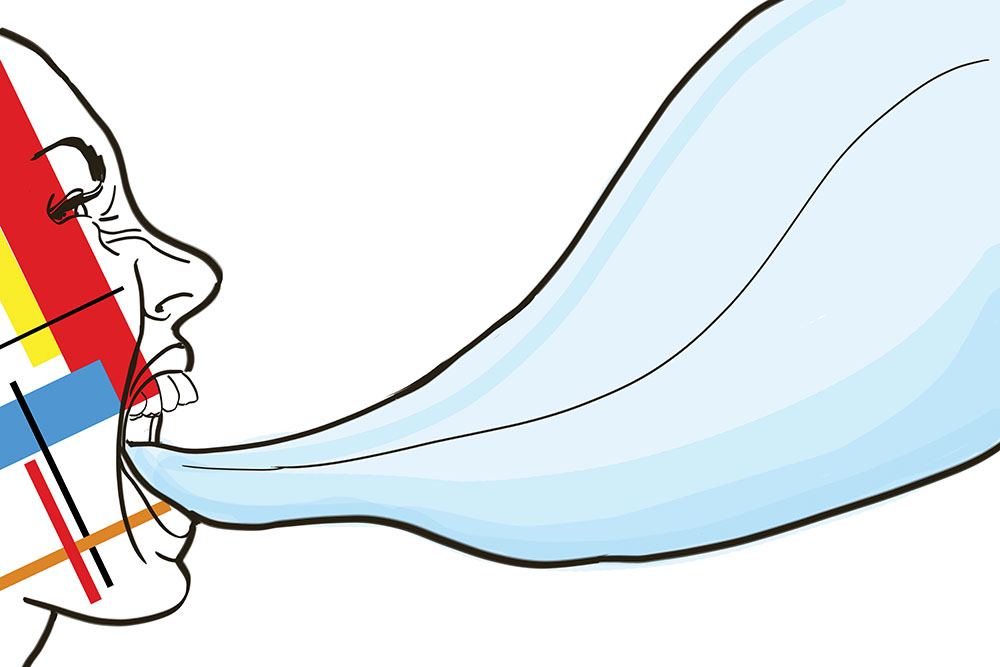 During lunch, junior Kennedy Herron looks around at her circle of friends as they pull out containers of broccoli, curried chicken, and worst of all: hard boiled eggs. She looks down at her own lunch and sees the usual: pasta and a can of coke.

“I am teased about my food choices at every single meal, but not in a bad way; I’ve become known as the picky eater, and I just embrace it now,” Herron says. “Everyone thinks it’s hilarious that I eat the way I do.”

Most everyone has certain foods they love, and other foods they could never eat. This leads to the question: why are taste preferences so starkly different between individuals, and why does this variation matter?

In the journal “Early Influences on the Development of Food Preferences,” authors and nutritional science experts Alison Ventura and John Worobey research and address the sources of variation in taste preference.

“I, in my research, am primarily interested in obesity prevention given … data showing that kids’ and adults’ rates of obesity have increased dramatically over the past couple of decades,” Ventura says.

Though obesity is a very complex condition, one of the most fundamental aspects of it is the food people consume, according to Ventura.

Understanding how food preferences develop can be instrumental in molding a child’s preferences, so that the child not only eats foods like broccoli and peas, but also enjoys them.

According to the journal, we experience taste through our gustatory system: a combination of taste cells within the mouth, cranial nerves, and the gustatory cortex — a brain structure which serves to perceive taste.

The US National Library of Medicine states that humans experience six taste sensations: sweet, bitter, sour, salty, and umami, which is savory.

Infants are thought to start developing their sense of taste even before exiting the uterus, according to Ventura and Worobey. While in the womb, infants are exposed to surrounding amniotic fluid, containing molecules from the mother’s diet.

“One of the foundational pieces to promoting a healthy diet in a child is having the mother consume a healthy diet when she is pregnant so that the fetus is learning to prefer all those flavors of healthy foods,” Ventura says.

Directly following their birth, infants are exposed to breast milk — an incredibly nutritious liquid containing immune factors and ensuring the infant’s survival, according to Olivia Ballard and Ardythe L. Morrow, co-authors of the journal “Human Milk Composition: Nutrients and Bioactive Factors.” Ventura and Worobey characterize breast milk as sweet and mild, which further ingrains the association of sweetness and a nutritional diet in an infant’s brain.

In a study conducted by obstetrician Klaas de Snoo, when sweet tasting stimulus was injected into amniotic fluid, the fetus would begin swallowing. In contrast, scientist A.W. Liley tested the opposite phenomenon by injecting bitter stimulus into the amniotic fluid. This resulted in decreased swallowing by the fetus, further leading scientists to believe that basic taste preference is innate.

Research indicates that infants might have evolved to prefer sweet foods over bitter foods. This is likely due to sweetness’ association with high calories and carbohydrates, while bitterness is associated with toxic plants and poison.

“If there’s a certain food that I know contains ingredients I don’t like, then I won’t try it.”

There are several genes related to the varying perceptions of sweet, umami, and bitter tastes. The fluctuations in these preferences are associated with single nucleotide polymorphisms. This is when a person has a single nucleotide change in a specific section of their genome.

The gene associated with bitter taste perception has been extensively studied. The TAS2R38 gene has two common alleles, or alternate forms of a gene, that affect someone’s “sensitivity to two synthetic substances [that are found in foods], phenylthiocarbamide (PTC) and 6-n-propylthiouracil (PROP),” Ventura and Worobey state. “In particular, an individual’s TAS2R38 genotype predicts whether these two substances taste strongly bitter, moderately bitter, or are tasteless.”

Ventura and Worobey theorize that children with higher bitterness sensitivity genes prefer to avoid bitter foods such as grapefruit and bitter vegetables.

How much is “pickiness” due to genetics, and how much is due to the way a child is raised?

“Experimental studies illustrate that neophobic [fear of anything new] tendencies can be reduced and preferences can be increased by exposing infants and young children repeatedly to novel foods” state Ventura and Worbery.

According to their journal, a child must eat to a novel food approximately 6 to 15 times before they begin to formulate true preferences for or against the food.

However, Herron is not too open to the idea of giving her food a second chance.

“I always make sure to try a new food once, but as soon as I know I don’t like it, I will never eat it again,” Herron says. “if there’s a certain food that I know contains ingredients I don’t like, then I won’t try it.”

It is important that a child is in a positive environment when they try new foods — this will increase the child’s willingness to taste the novel dish.

The common practice of lightly forcing a child to consume a food has negative effects.

“[This practice] sends the unintentional message to children that the target food is not preferable in and of itself,” Ventura and Worobey state.

As humans grow, their maturing taste preference becomes much more complex and is shaped by factors such as socioeconomic status, age, and education.

Taste preference can be outside of an individual’s control; however, if children are exposed to healthy food in a positive environment, they are more likely to have a better diet in the future.

“We need to make sure that a child has access to a wide range of healthy food and is able to consume and explore them [the food] in a positive eating environment, so they learn to like … healthy food and … internalize that they like the healthy diet,” Ventura says.