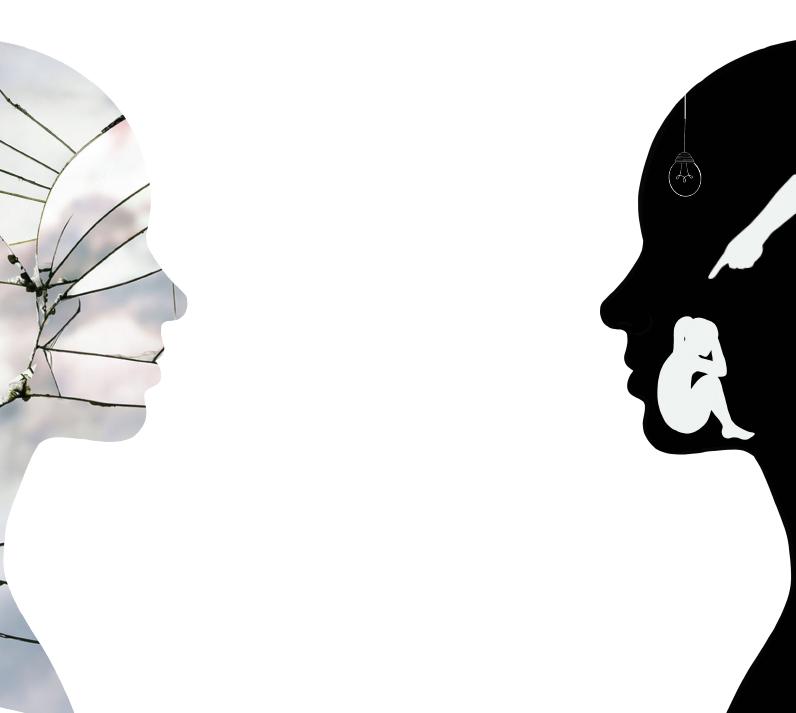 Glaring down from the locker room ceiling, the flickering incandescent lights revealed the bumps and discoloration on my skin.

“Why is your face so dirty? It’s so blotchy and red.”

An ignorant question about my complexion from a harmless classmate shattered my self esteem. Grappling to comprehend the feelings of shame, I left the room reevaluating my self-image.

This was my first encounter with others’ perception of my skin and my first introduction to the negative stigma around acne. Six years later, I can still recall the vulnerability I felt that day. At the early age of 11, I realized that a face baked in concealer was perceived “cleaner” than my natural skin — a revelation that continues to damage the self-worth of those struggling with acne.

The lack of empathy from misinformed people has a damaging effect on the self-worth of those affected by acne.

Acne is a skin condition that affects 50 million Americans every year. It is caused by blocked pores from the oils produced by the sebaceous glands from an imbalance of hormones. Cystic acne, on the other hand, is a more severe form of acne, one that I have grappled with for the last six years.

Although acne is the most common skin condition in the United States, people continue to harbor misconceptions surrounding it. According to a 2016 study by the American Academy of Dermatology, 55.4% of participants believe that acne was due to poor hygiene, and 80% believed that acne was due to poor diets. The negative stigma that has risen from these misconceptions has created a society where 67.9% of participants said they would be ashamed if they had acne and would similarly find someone with acne unattractive.

The lack of empathy from misinformed people has a damaging effect on the self-worth of those affected by acne. Whether we admit it or not, our self-confidence is greatly influenced by our complexion.

“I really struggled with acne last year and it really contributed to the increasing list of insecurities,” Palo Alto High School junior Mia Rotblatt says. “Even if my breakouts are not perceivable by others, I can’t help but to feel that others are staring at me.”

On days when my cystic acne was really noticeable, I would stand in front of the bathroom mirror for hours painfully popping every one of my pimples. I remember thinking I would rather it bleed and run the risk of scarring than have people stare at the mountain of breakouts on my forehead.

“Even if my breakouts are not perceivable by others, I can’t help but to feel that others are staring at me.”

The predisposed notion equating acne with dirt is not only scarring to my skin but also my confidence. Unlike other physical flaws, I can not hide my acne. It is the first thing I see in the mirror and the first thing that others see when they meet me.

Some people assume I neglect my skin, or fail to care for my image, but in reality, it’s quite the opposite. I have tried everything from creams to serums to pills: nothing worked. When acne products and medications did not work, I ended up blaming myself for bad skin, just as the rest of society does.

I feel an overwhelming shame over skin problems that I can’t control. Even more so, being submersed in the Asian culture where porcelain skin is the norm, I have been singled out by skincare stores at malls. The $135 billion beauty industry is fueled by negative stigmas against acne. Salespeople unfailingly pitch their products at me, knowing I am equally as desperate to try them.

When natural products did not work, I opted for stronger ones with harmful chemicals such as benzoyl peroxide, salicylic acid and sulfur.

While experimenting with all these products, my skin has deteriorated, becoming dehydrated from chemicals and thinned out from burns. I have inflamed my skin from lathering on creams that were too strong. I have cracked it from using too much acne spot corrector. I have been bombarded with an onslaught of beauty products that have created more craters than repairs.

When acne products and medications didn’t work, I ended up blaming myself for bad skin, just as the rest of society does.

Acne is just like any other skin condition. Like Michael Jackson’s vitiligo, acne should not be subjected to public scrutiny. We live in a society where the negative stigma surrounding acne is disturbingly prominent — those with acne are shamed because of a condition that is out of their control. We are pressured to scar our skin for short-term presentation instead of letting it naturally subside.

That classmate never anticipated the permanent damage her comment had on me, yet for six years, I continued to live by her definition of my stained, blotchy complexion. I hope to empower those with acne just as much as we do with those who are blessed with flawless skin.

We can’t change the acne on our skin, so we have no choice but to correct the way others perceive these blemishes — only then, can we truly clear our misconceptions.

Dangerously erasing the evidence of the media’s algorithm for beauty

A letter to my muscle: The standards of having a “toned body”

Every body is a bikini body: Being “healthy” is not a prerequisite for self-love