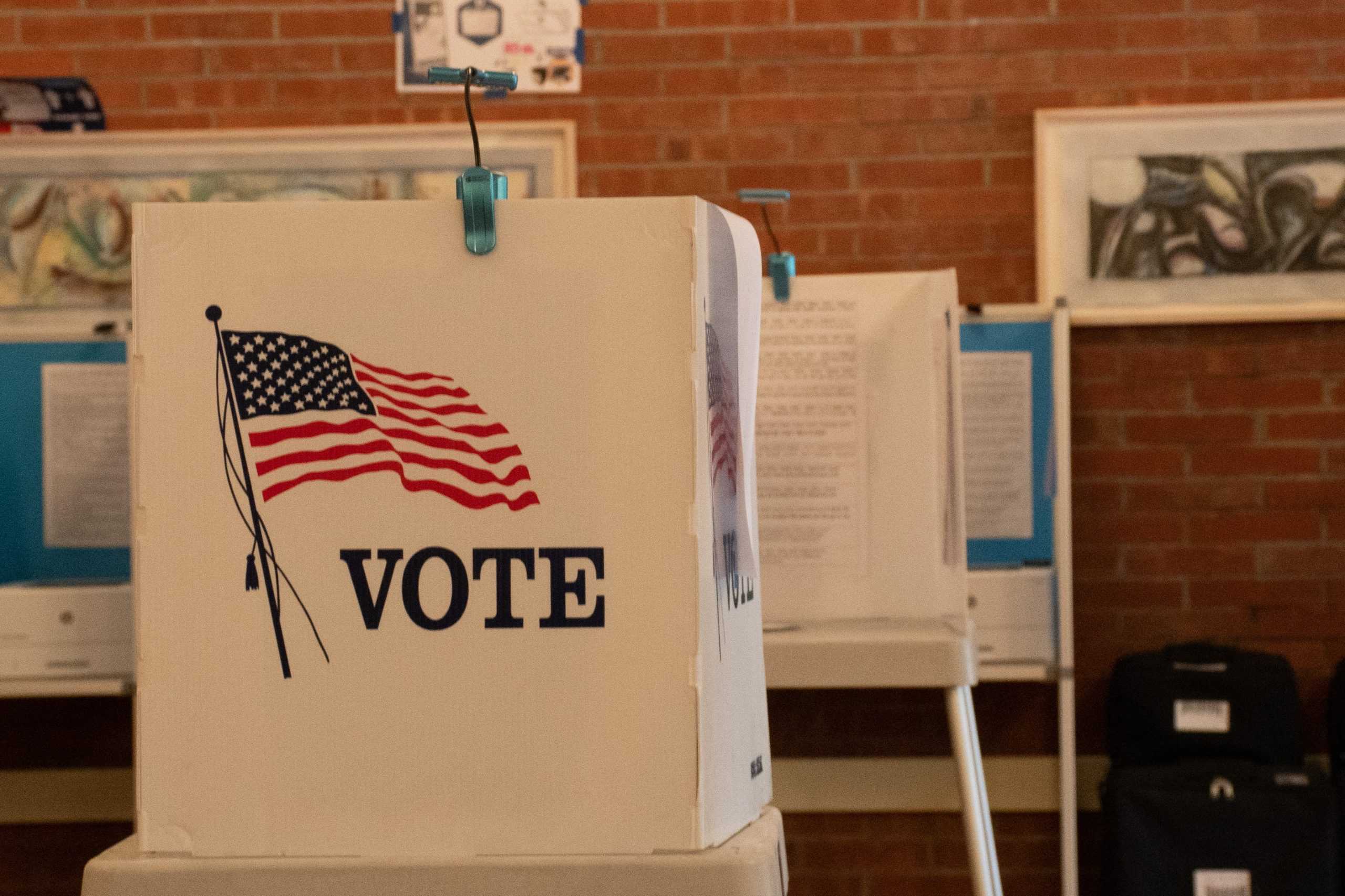 CIVIC DUTY — Voting booths marked with the American flag line a Palo Alto vote center at the Riconada Library. Despite the complications brought by the COVID-19 pandemic, voter turnout was higher for this election than ever before. Photo: Emma Wu

A day at the polls: Volunteering at a Palo Alto vote center

The large, empty room is filled with touchscreens and ballot stations, each accompanied by a secrecy divider emblazoned with the American flag. It’s quiet: the calm before the storm, filled with a sort of eerie silence that will soon be broken with a surge of early voters.

Preparing for the polls

I decided to work the polls in late September, when I realized just how fed up I was with the current presidential administration. Since I’m not yet old enough to vote, working at the polls seemed like the best way I could contribute to the election process.

I remember going to the polls with my parents at a young age and watching them vote. The ballots looked impossibly long and complicated, and the voting day normally ended with me stealing their “I Voted” sticker and plastering it on my forehead.

Even waiting outside the training center, it was evident that this year’s voting process was going to be different than years past. We waited in long, winding lines just to enter the building, where all of our temperatures were checked. COVID-19 had left its mark on the voting center. 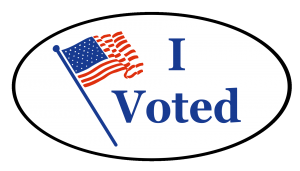 I worked on Monday, Nov. 2, an early election day. At 8 a.m., the poll center was eerily quiet — not to mention freezing.

I was immediately surprised by the camaraderie between the poll workers. These people had only been working with each other for a few days beforehand, but they already got along well and seemed genuinely happy to be there. One worker brought in his dog, Sushi, who added a sweet presence to the hectic day.

I worked at the end of the voting process, sanitizing each station after it was used by a voter: touchscreen, secrecy sleeve and table. I switched off between sanitization and manning the ballot scanners, where I would help voters cast their votes and make sure they were counted.

At one point, I was approached by a voter who informed me that she believed that not everyone should vote, but instead only those who really knew and researched all of the propositions and candidates. This offhand comment caught me off-guard and made me reflect on the voting process as a whole.

I believe that everyone should vote. Voting is a key part to being an American citizen, and is a right that has been fought for for centuries.

There were more votes cast in this election than ever before, as well as a surge in youth voting. With several states ending up blue or red by a slim margin of votes, it’s clear that each and every vote counts.  It’s important to vote and make sure that your voice is heard.

You should educate yourself on the propositions and candidates, but don’t let an inability to access information prevent you from voting. The people at the voting centers are there to help, and can provide voter guides and other resources to make sure you’re aware of what exactly and who exactly it is that you’re voting for.

Voting is a key part to being an American citizen, and is a right that has been fought for for centuries.

This was incredibly clear at my vote center. My fellow workers were determined to make the process as streamlined and easy as possible for every voter, and were happy to listen to every request and concern. Each person who came through the doors was greeted with a smile, a willingness to answer any question and a “Thank you for voting.”

I was nervous to work at the polls, especially in an election as important as this one, but in the end, I’m incredibly grateful for the experience and the opportunity to be a small part of the voting process. The election of President-elect Joe Biden and Vice President-elect Kamala Harris gives me a little more hope than I had previously, and I’m excited to see what their administration will do for the country.