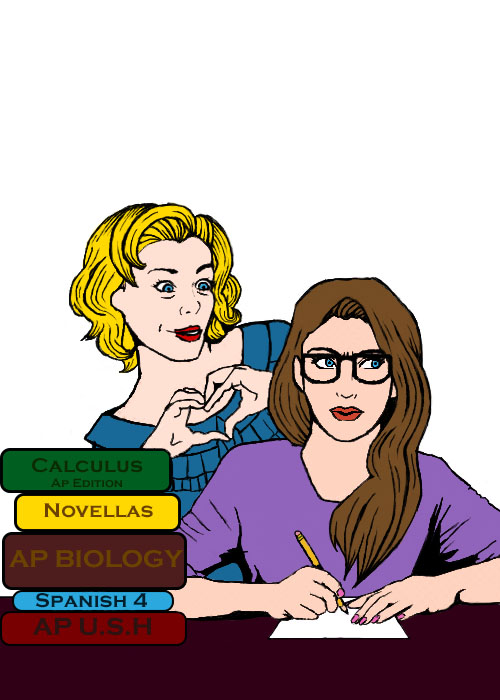 You’ll Get the Guy Later: The Current Failure of Modern Feminism

We all know the story. The one with the nerdy girl with bulky glasses who “gets” the popular football player at the end. You know, “The Duff” type movie. The moral of the story: Girls with their own passions and personality can get the boy in the future. That’s the epitome of modern feminism, right?

Although current movies like this encourage girls to develop their own sense of self while they are young, they also encourage them to view “getting the guy” as an important goal. But TV shows and the media are not the only perpetrators. Parents, adults and friends tend to use phrases like “You’ll get the guy later” to encourage a girl to explore her own interests while she is young and is in the midst of finding her place in this world.

But what happens when a girl doesn’t get the guy later? What if she never needs or wants the guy later? Evidently, pieces of advice and comfort such as “You’ll get the guy later” fail to take these questions into account. Although the phrase is intended to promote female power and individuality, “You’ll get the guy later” makes the assumption that marriage or having a boyfriend will be a girl’s definite goal in the future, when, in reality, it might not be. Even if she wants to be like all her friends and wants a boyfriend at the moment, who is to say this will be her choice in the future or that this would even be a positive choice for her later in life?

That’s the problem with the saying “You’ll get the guy later” — having a relationship with a guy may not be the best option for a girl at any given point in her life, not just when she is young. The issue is not that a girl comes to value marriage, which can often be a very beautiful thing, but that she expects to be married or have a boyfriend in the future, as if there was no other path for her.

And this is where the issue gets tricky. We know that in our modern society things are a whole lot better than they were for past generations of women, who were forced to rely on husbands for financial support. Yet, the results of a study on women’s self-esteem conducted in 2014 by Florida State University and the Southern Methodist Church showed that women’s self-perception was significantly boosted or reduced by the opinions of men. When told that men found a certain body type attractive, women’s ratings of their bodies either increased or decreased. Although women can now provide for themselves and pursue their own careers, many still evidently struggle to find self-worth in themselves, leading many women to continue needing a man to feel complete.

According to bell hooks, social activist, feminist and author of the book “Communion: The Female Search for Love,” “femaleness in patriarchal culture marks us from the very beginning as unworthy or not as worthy, and it should come as no surprise that we learn to worry most as girls, as women, about whether or not we are worthy of love.” Thus, “our value, our worth … are always determined by someone else.”

When we gain our value from another person, be it our lifelong partner or lab partner who complimented us in chemistry last week, we fail to be true individuals. To truly gain equality in society, we must become our own cheerleaders. We, as women, need to support each other and ourselves in pursuing our own passions and interests and allowing that to be enough. We as people, whether we’re straight, gay, bisexual or what have you, need to find a way to love ourselves because of our own achievements and successes. We need to be confident enough in ourselves and happy enough as individuals that we can thrive in life with or without the guy or girl. A girl does not have to have someone else to feel beautiful, be confident and love herself — she only needs her own power and strength to do all those things.