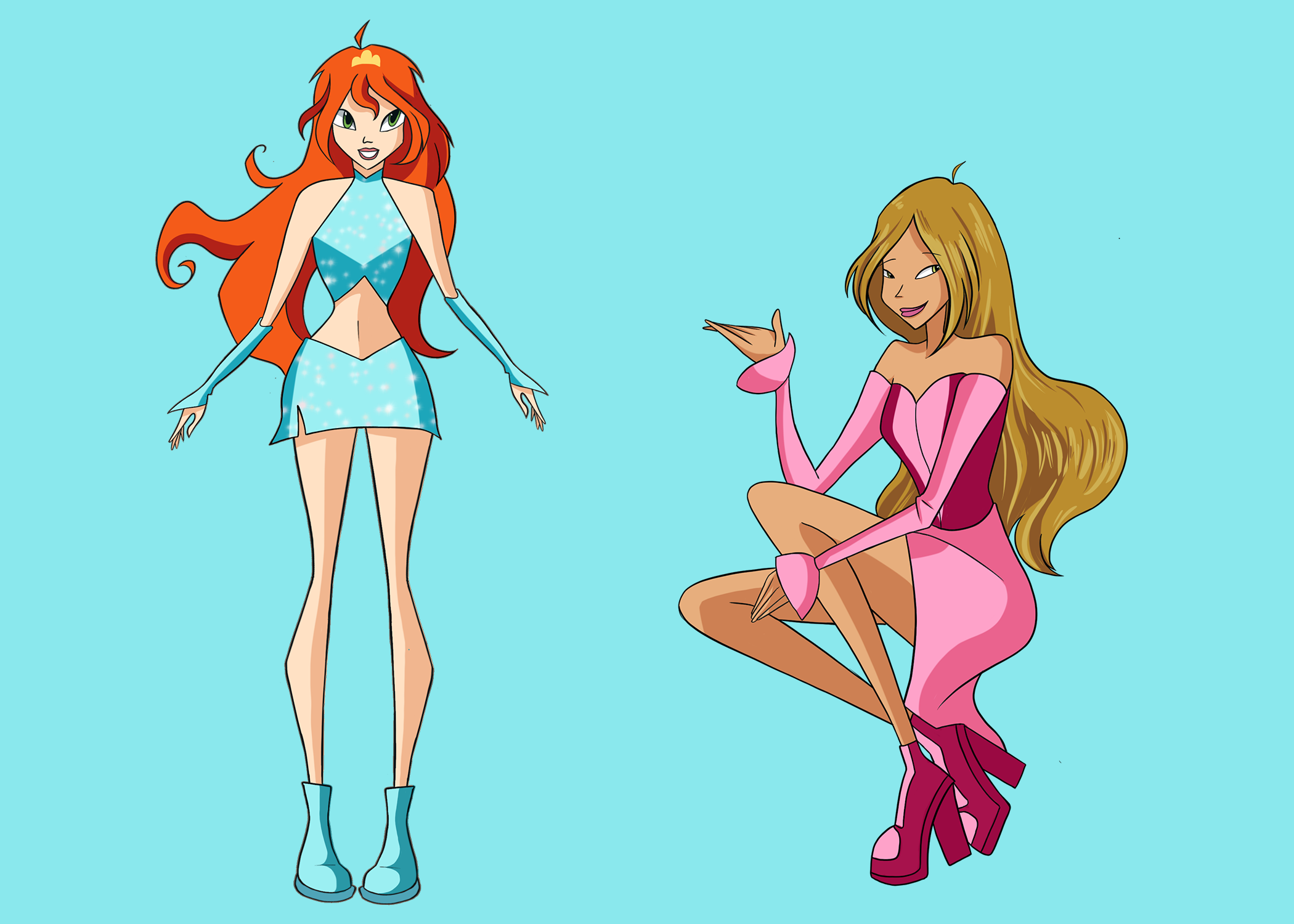 With long red hair and bright blue eyes, the protagonist Bloom steps into the lush greenery of Alfea College for her first day, where she’s met with a crowd of fairies and specialists roaming the campus. A towering metal gate encompasses the ornate buildings and hides the castle and its fairies inside. Even from afar, it’s clear the characters at Alfea aren’t representative of the diverse cast that I was expecting for the show.

The original “Winx Club” is an Italian animated series created by Iginio Straffi in 2004, following six teenage fairies trying to save the universe from the Trix, a trio of witches who want to conquer the magical dimension.

The animation quickly gained traction during its first season, becoming one of the highest-rated shows on Italian television. The vibrant and sparkly clothing made the show attractive for its main demographic of young girls, but a key element of its success was its diverse cast featuring characters of East Asian, Hispanic and African descent.

The whitewashing of these characters deprived the show of one of its most attractive and defining qualities.

Being Asian myself, I found comfort in how the character Musa looked like me. While other shows typically stuck non-white characters to the sidelines of the story, “Winx Club” included characters of color as part of the main six, making it one of only a few shows with a central character I could relate to.

When I heard that Netflix was creating a live-action “Winx Club,” I couldn’t wait for the release date; I had high hopes for the adaptation of my beloved series. But when “Fate: The Winx Saga” premiered in late January, I was shocked to see that the producers had recast Musa and Flora — who were East Asian and Hispanic, respectively, in the animated show — as white characters.

The whitewashing of these characters deprived the show of one of its most attractive and defining qualities. The only racial ethnicity Netflix preserved was Aisha’s — a remnant of the diverse cast that once was.

When creating the cast, Netflix also stripped the story of a female role model in science and math by excluding Techna from the list of characters. Without her technological powers, it feels like Netflix is pushing away the idea of girls in math and science, which is discouraging for many young girls and fans who loved and related to that character. With this and the recent increase of minority representation in entertainment, Netflix seems to be moving backward with their decisions for “Winx Club.”

While I loved the original animation, it was by no means perfect. The lack of body positivity was one flaw, which prompted Netflix to create Terra, who deals with issues like social anxiety and body confidence. I’m glad that the producers added a more relatable character that normalizes conversations around these topics.
Netflix also created a darker appearance for the show, which harshly contrasts the sparkly and bright colors of the original. Although the darker theme is different, it fits well with the story because of the fighting and the many villains that the fairies have to deal with.

Despite these positive elements, whitewashing the characters and taking out a female STEM role model feels like a step in the wrong direction. I urge Netflix to cast more diverse main characters in their second season to revive the attractive and unique aspects of the original “Winx Club.”