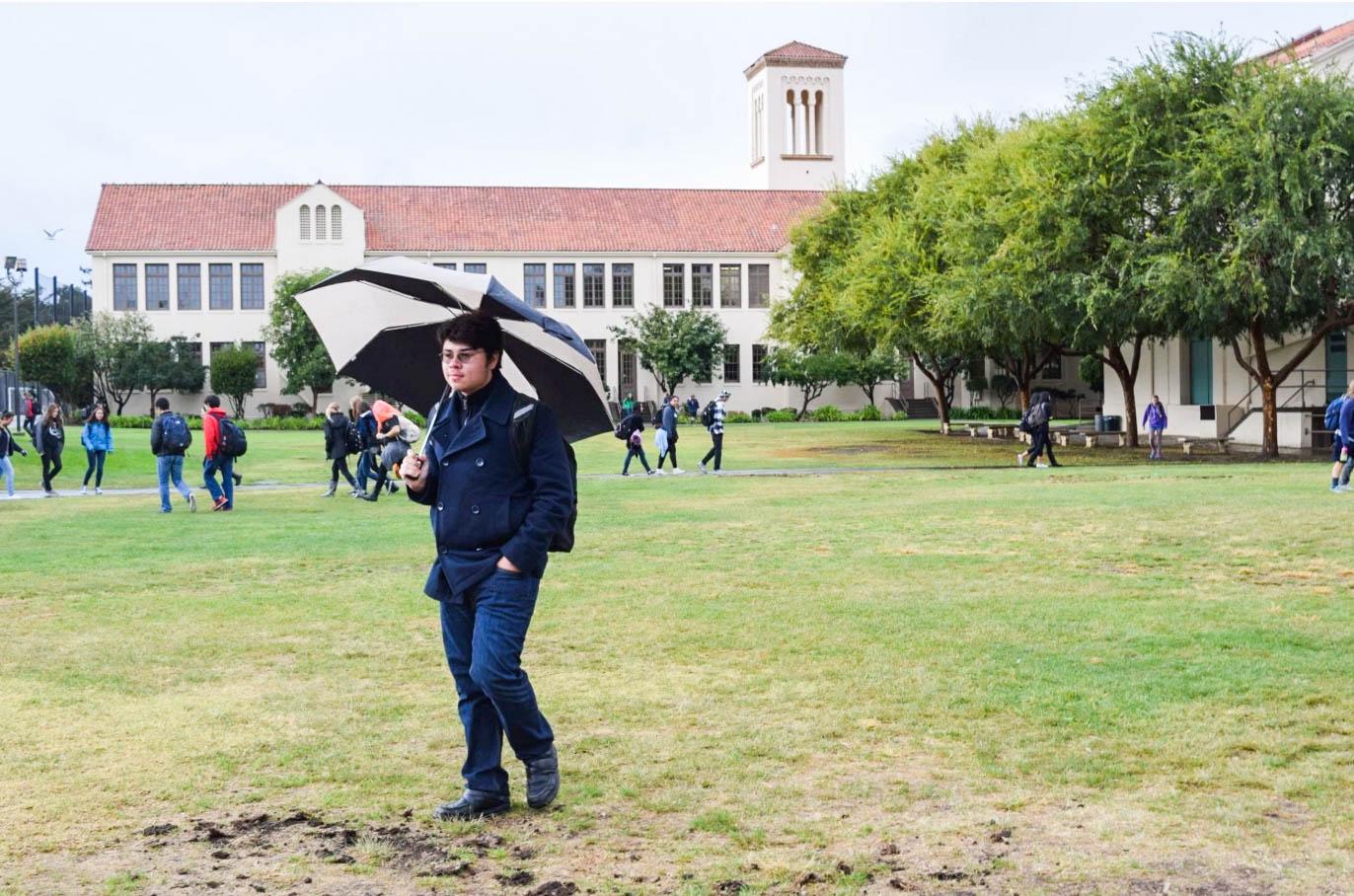 It was around 2 a.m., and Tejinder Singh heard the dryer turn off. After 25 years in her Palo Alto home on Louisa Ct., it was a regular practice for Singh to get up and switch off the beeping from the machine. Tired, she stood up out of bed — and stepped straight into a puddle of water.

Suddenly, the quiet 1998 winter night dissolved into chaos. Singh and her husband yanked family albums from their bookshelves and tried to salvage whatever else they could. Once they had tended to as much damage as they could in ankle-deep freezing water, Singh and her husband sat on their dining table and watched the floods on their TV, the only thing in their house that still had electricity. When the sun came up, months and months of repair and damage control began.

“It had rained for many days, but it would never have occurred to us that there would be such bad flooding,” Singh says, reflecting on the experience 17 years later.

Eventually, Singh and her husband would move to Los Altos, after years of worry about their house and a lawsuit against the City of Palo Alto for their negligence. While Singh and fellow residents who sued did not win, she says that the lawsuit was filed mainly to draw attention to her situation.

“We wanted them to be aware that this has happened to houses,” Singh says. “They didn’t do anything, they didn’t take any blame for it.”

Many Palo Altans like Singh are not strangers to flooding — more than five creeks run through residential neighborhoods, which are often at risk of overflowing during large rainstorms. Palo Alto High School also struggles with large amounts of flooding during the rainy season. According to Assistant Principal Jerry Berkson, this is due to Paly’s old drainage system.

It would never have occurred to us that there would be such flooding.

Senior Bryn Carlson runs through a torrent of rain. Palo Alto High School experienced a rainstorm the morning of Oct. 9 that marked the beginning of the rainy season.

El Niño, the phenomenon ready to strike Palo Alto and in general California, is a weather pattern that causes increased rainfall in the western part of the United States every seven to nine years. The increased rainfall may fill the parched reservoirs and alleviate California’s drought. However, there is worry that if El Niño is as large as predicted, there will be widespread damage. El Niño may cause devastating floods, especially near houses like Singh’s former residence which lie near the San Francisquito Creek. The City of Palo Alto has been considering new steps in order to prepare for possible damages and held a city council meeting on Oct. 19 to help discuss further measures and winter storm preparations.

The preparations this year will surpass those of the past few years, according to Joe Teresi, senior engineer for the City of Palo Alto. Some of the steps the city is taking to prevent flooding disasters include repairing the Pope-Chaucer bridge on the border between Palo Alto and Menlo Park, discussing access to sandbags, and, most importantly, reviewing the new website that the City of Palo Alto recently launched. This website is meant to alert citizens of flooding by monitoring the capacity of creeks at four key points: Highway 101, University Avenue, the Pope-Chaucer Bridge and Middlefield Road. Residents can also send photos of areas that need repair, which will prompt a response from local authorities.

The City of Palo Alto’s Office of Emergency Services is also preparing to deal with any disasters, according to director Kenneth Dueker.

“With El Niño predicted, we are doing more work now, because this is the time to get prepared,” Dueker says. “We don’t have the luxury of saying, ‘Oh, we only have to worry about one kind of risk.’ The winter brings all kinds of things with it.”

Junior Sherwin Amsbaugh knows the suprises the winter can attract. It was around 8 p.m. on an October evening this year when he returned home with his family and found that his cul-de-sac had turned into a giant lake spread out in the middle of the street. A main pipeline had broken inside his house, unleashing innumerous gallons of water.

“It [the flooding] was surprising,” Amsbaugh says. “You walk home, and there’s water on your street. I wasn’t prepared because it never happened before.”

Just make sure you have a plan…The most important thing is to prepare.

The City is trying to avoid damage, like that which happened to Amsbaugh’s residence and Singh’s former home, by bringing city infrastructure up to date. Along with city preparations, Paly will also be deciding how to deal with possible floods.

“We try and anticipate problems that we have seen in the past,” Berkson says. “If we have an El Niño year, like past El Niños, I don’t know how much we can anticipate that we will have certain issues.”

Imminent damage in all of its forms might be easier to bear if the rain helps replenish the water supply. But there are questions surrounding whether it will truly pull California out of their devastating drought. With El Niño predicted to raise temperatures, there are worries that the climate will be too warm for it to snow and increase the dwindling Sierra Nevada snow packs, which are the largest suppliers of water to California. All of this, according to California State Assemblymember Richard Gordon, who was invited to speak to the Palo Alto City Council concerning winter storm preparation, comes together to say that the rainfall might not be enough.

“We are a long way, even with a good wet winter, a long ways away from solving this problem in California,” Gordon says. “We used to rely on the Sierra Nevada as our waterpack, and the water supply began to recede.”

Many questions remain answered in the coming of El Niño. But no matter the outcome of imminent rain storms, the message remains that people should be prepared for whatever happens.

“Just make sure you have a plan,” Amsbaugh says. “The most important thing, is to prepare.”