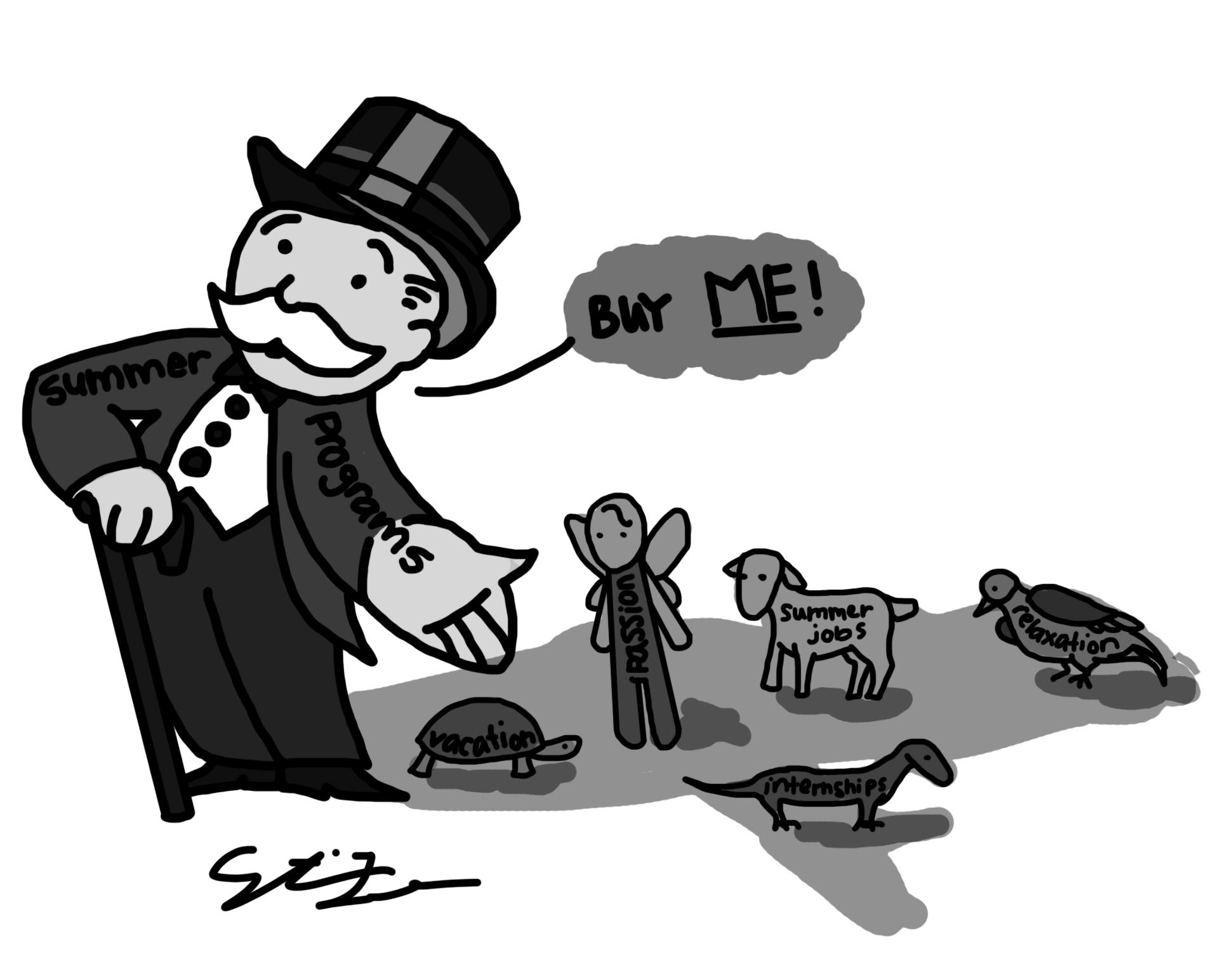 What Happened to Summer Being Just Summer?

If you’ve been on social media during the summer, you’ve probably seen proof of a growing summer program trend at Palo Alto High School, from photos of friends in South America surrounded by smiling children to applications for programming camps on social media. Maybe you’re about to join one of these programs yourself.

In an environment like Palo Alto, where academic rigor and the pressure to succeed are hallmarks of high school, it’s easy to see why summer has become yet another opportunity for students to expand their skill sets, learn a new subject and, of course, build their résumés.

But when summer becomes a time of  high pressure in its own way, it’s time to reconsider the usefulness of these programs.

While there are concrete benefits to doing something productive over the summer, the highly structured and oftentimes expensive summer programs popular among Paly students are not the only — or even the best — way to get them. In fact, the rush to secure a spot at a reputable program may come at the cost of student independence and initiative. Whereas summer used to offer a block of unstructured time that allowed teenagers to seek out their own adventures and opportunities, the onslaught of specialized camps and volunteerism programs turns it into an extension of the regular school year, where schedules and directed activities predominate.

The cost of these programs raises another problem: the achievement gap. Low-income students who fall behind during the school year — those who would benefit most from summer enrichment programs — may find them prohibitively expensive. A foundation focused on increasing access to summer learning, California parents report paying an average of $307 per week for these programs, according to Summer Matters. Summer programs held by elite universities and institutions often cost up to several thousand dollars.

As a result, the race for college acceptance is further divided along class lines, as more affluent students attend impressive programs and their lower-income peers fall further behind.

To help more students benefit from the positive aspects of summer enrichment and to decrease the pressure that comes with applying for selective programs, Paly’s advisory classes should introduce students to their summer options early on. By informing students not only about traditional summer programs but also about low-cost programs, scholarships and financial aid opportunities, the school can ensure that students who want to pursue summer learning can do so. But advisors should also mention alternative paths for those who aren’t sure they want to join a program.

Of course, there’s nothing wrong with attending any of these programs, if that’s what you want to do. But it’s worth questioning whether we’ve turned summer into yet another rat race, when we should be using those ten weeks to relax, have fun or pursue something we’re genuinely passionate about — without worrying about boosting our college apps.