We Want the Airwaves 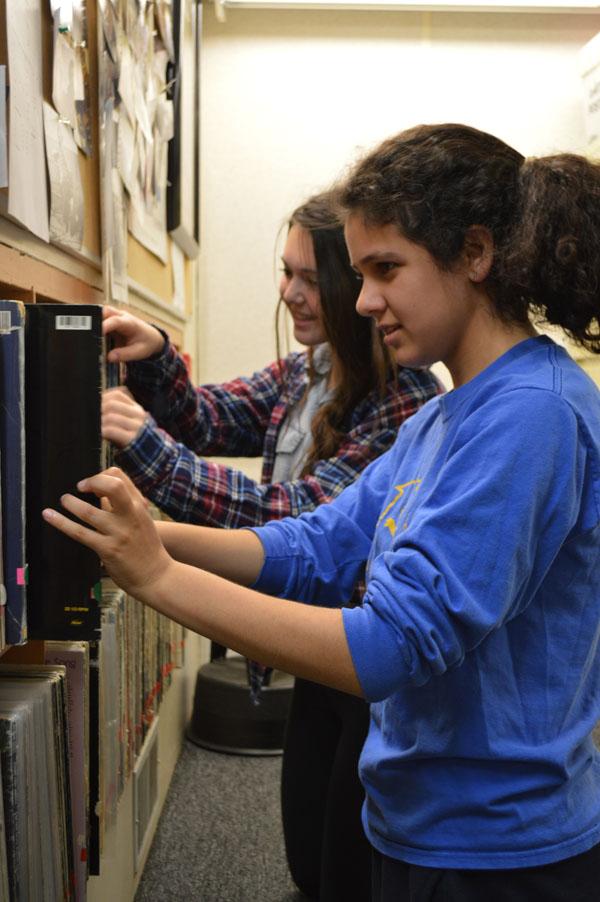 In the heart of  Stanford campus in a small studio under the Pigott Theater, tucked behind a corner and beneath a short flight of stairs, lies a heavy black door with the words KZSU peeling off the front. Small and insignificant to the common passerby, this hidden studio is in actuality home to an assortment of dedicated individuals, several live broadcasting studios, and an eclectic collection of vinyl music records.

KZSU, a nonprofit student-run radio station based on the campus of Stanford University, aims to entertain Palo Alto residents with a mixture of content ranging from music to sports to local news. Originally founded in the 1940s, KZSU received an official FM license in 1964, and now broadcasts a wide range of material, according to general manager and Stanford student Ma’ayan Dembo. Dembo joined the radio station during her senior year at Gunn High School, and has now contributed to the station for five years. She runs her own radio show titled “Pumping Iron,” and explains that the station is run entirely by students, school funding, and community volunteers.

“It’s totally open to anyone,” Dembo says. “We’re always looking for people to produce their own sound and play it … it’s more representative of the community.”

It is this aspect of the radio station that has led a group of dedicated Palo Alto High School students to create Paly’s first Radio Club, founded with the intention of expanding Paly’s media department to include radio journalism. The club hopes to lead a Paly student-run radio show broadcast weekly on KZSU.

“[We want to] produce a show each week at KZSU Stanford that is somehow meaningful and relevant to our school community,” says sophomore Maya Kandell, co-founder of the Paly Radio Club.

Drawing its inspiration from the NPR radio show “This American Life,” the Paly Radio Club hopes to combine a mixture of pre-recorded news segments, student musicians, student writers, and a variety of other material on their weekly show.

“We want what we produce to matter and to reach people,” Kandell says. “We want to try and produce as much as we can on campus … not everything will be live.”

The Radio Club hopes to begin broadcasting a live radio show in April, but before this is possible, they must first receive air clearance through a course offered free of charge at the KZSU station.

“Whatever you need to know you learn as part of the class,” Dembo says. “I think it’s great that they [Paly students] are getting involved. It would be really cool if there was some sort of ongoing exchange between Paly and KZSU.”

The Paly Radio Club hopes for the same.

“It’s possible that this could be turned into a class or a publication at Paly,” Kandell says. “For now what we want to do is start to gain a following.”

According to Dembo, KZSU has long been involved in broadcasting information about social movements, music, sports events, and local news.

“Every Wednesday night we have a live band come in,” Dembo says. “We get to bring in local bands and give them some air play.”

Likewise, the Paly Radio Club hopes to bring student musicians and bands onto their show, and additionally feature student journalists, writers, and actors in readings and performances. Sophomore Saba Moussavian, the Radio Club’s Digital Strategist, has high hopes for the club’s future.

“It’s pretty exciting to be introducing a new medium of journalism to Paly,” she says. “There is so much you can do with radio and I am looking forward to giving a new angle on stories.”

“I am a personal radio fan,” Filppu says. “We’ve lost the auditory aestheticism of the voice. … Voice has a really important place in media.”

Filppu, who has wanted to start a radio class for several years, believes the new Radio Club will be especially successful because it is student-generated.

“It feels more authentic because it’s being student-driven,” she says. “I am so interested in the idea of student-driven storytelling … [to be able to] listen to stories from your own student body.”

According to Dembo, KZSU prides itself in its diversity, as it aims to give a voice to all members of the community, regardless of their background or interests.

“Anything you can think of we have at the station,” Dembo says. “Anyone can get involved, there are no limitations … anyone can come and play regardless of their age, background [or preferences].”

The Radio Club hopes to expand these ideas to Paly radio journalism in the future.

“Radio is a really egalitarian way to give new voice to the school,” Filppu says.  “[It provides] more of an opportunity for voice from the campus to be heard.” 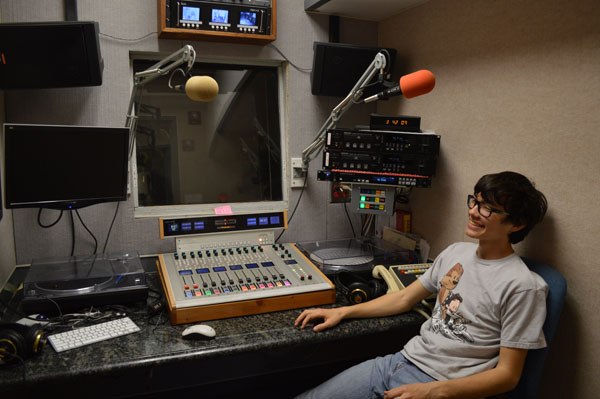