Vikings on “The Farm” 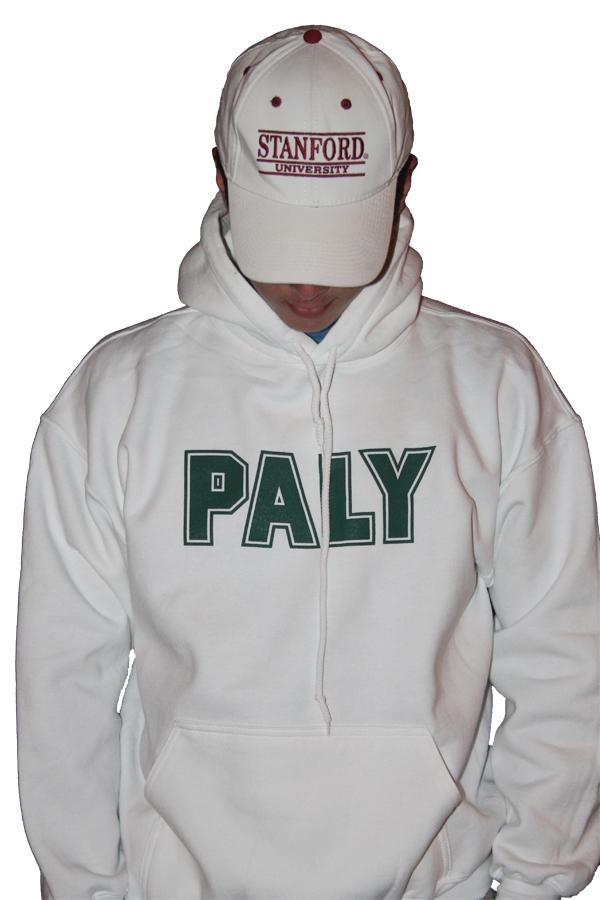 EASY TO SPOT: This is probably not the best outfit for a night at Stanford. “It is pretty apparent when high schoolers come to Stanford parties: they look around nervously as they try to get into the parties and the girls always have bags with them,” a Stanford freshman says.

High schoolers like to party. Every weekend, high school students across the country fill houses, backyards, basements and, frankly, whatever they can find, and party. Palo Alto High School students are no different.

Just across the street from Paly is Stanford University, where college students unwind after a week of classes on dance floors at fraternity parties and sorority houses. Little do these college students know that dancing alongside them might be one of the several Paly students who attend Stanford parties.

“When Paly parties are shut down, Stanford parties become a cool alternative to ending your night at like 9:30 p.m.,” says Paly junior Beatrice, whose name, like those of others in the story, has been changed to preserve her anonymity.

Aside from lasting late into the night, college parties are different than high school ones in other ways.

“Stanford fraternities can organize concerts and themed parties, like highlighter parties [a party where attendants arrive in white clothing and bring a highlighter pen which they use to draw on other partiers], and they provide a nice change of scenery,” Claudio, a senior, says. “It’s fun to meet mature college students, especially if they’re football players who you’ve cheered for from the stands. I doubt I’ll forget when a couple friends and I met Andrew Luck at Kappa Alpha last year.”

While going to a college party may seem like a harmless adventure to students, fraternities can face major repercussions, including probation because of alcohol-related incidents involving underage party-goers.

According to Ralph Castro, manager of Stanford’s Health Promotion Service’s substance abuse prevention program, a Greek organization under suspension is not allowed to serve alcohol at events. This is a very unfavorable penalty to Greek houses used to hosting parties and consuming alcohol. 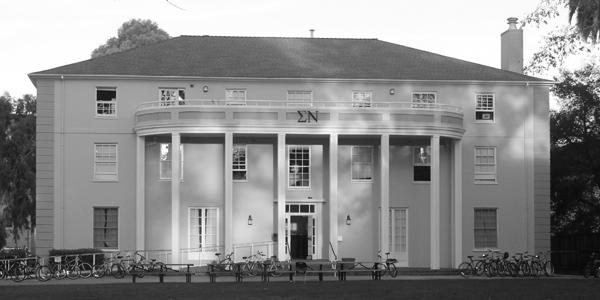 FARM HOUSE: Sigma Nu Fraternity at Stanford University hosts several parties every year. High school students are sometimes among the partiers at Stanford Greek organizations. What place do Paly Vikings have on “The Farm”?

“I was at a Stanford party with a group of girls from Castilleja, and one got so drunk that an ambulance had to come,” Claudio says. “When the brothers of the fraternity learned she was in high school, they freaked out. If you can’t be responsible or at least act like you’re in college, don’t go.”

Some Stanford students do not believe that Paly students should attend college parties, regardless of whether they can act like they are in college.

“I did not go to any Stanford parties when I was a Paly student, but since I have been at Stanford, I’ve definitely recognized Paly high schoolers at parties,” says Kevin Anderson, Stanford sophomore and Paly graduate of 2011. “Paly students should just stay at their own parties. Everyone can tell they are in high school and no one wants them here.”

To prevent non-Stanford students from attending, some fraternities and sororities check for Stanford IDs at the entrance. According to Paly students, however, the system is pretty unreliable.

“A lot of the time you need to bring ID, but it does not even have to be a Stanford ID because security barely looks at it,” Claudio says.

Sometimes getting into the parties requires a lie.

“To get into an average fraternity party, all you have to do is pretend you go to Stanford,” Desirée, a senior, says. “It’s fun and exciting to pass for a college student and get into the parties, but really, getting in is more fun than the party itself.”

“Fraternity parties can be a lot of fun, but they’re really only better than Paly parties if they’re organized events,” Claudio says. “Nothing really beats being with your best friends at a party where everyone knows you.”

“Paly students should not be going to college parties,”  Assistant Principal Kathy Laurence says. “When Paly students go to college they can participate in the parties.”

Regardless, Paly is not responsible for students who go to college parties.

“If students went to a [Stanford] party directly after school on a Wednesday and something happened, then the school could do something about it,” Assistant Principal Jerry Berkson says. “But if it’s a weekend thing, it’s not our jurisdiction.”

For some Paly students, not going to Stanford parties is an ethical decision.

“I don’t go to Stanford parties because I don’t need to lie about who I am in order to party when there’s plenty of fun to have in Palo Alto with just my friends,” senior Walker Mees says. “Plus, if I go to college parties when I’m in high school, then when I’m in college next year, the parties won’t be as fun and new to me.”

Aaron Zelinger, a freshman at Stanford and Paly graduate of 2012, echoes the sentiment.

“Honestly, if you wait until college, college parties will be more fun. Focus on your school work — not parties,” Zelinger says. “It’s beyond worth it.”