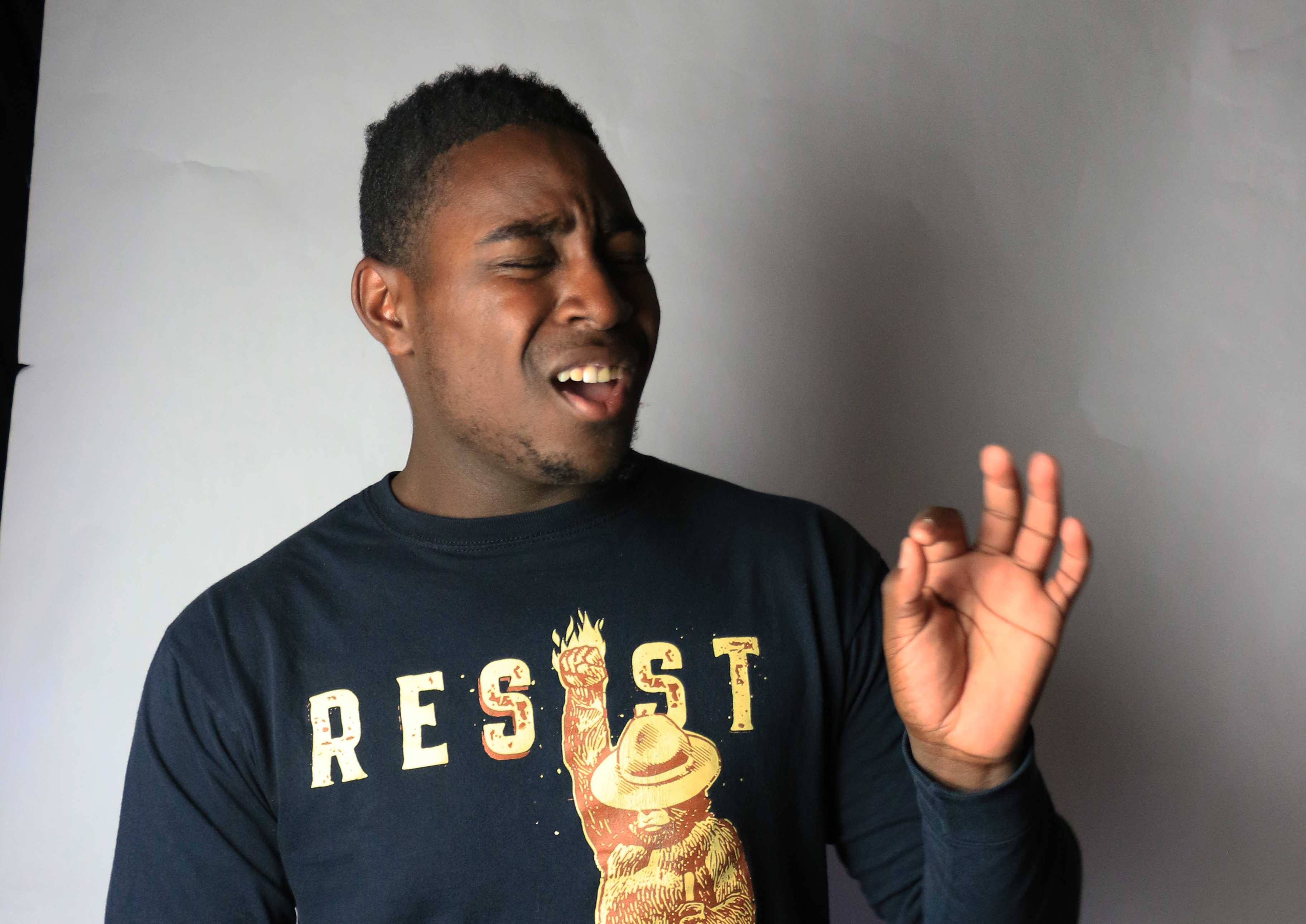 “I Want My Mom” was the song that ignited Palo Alto High School senior Alex Daw’s passion for composing and performing rap. Through its verses, Daw travels from a furious monologue to dismal pleas and back again, his visceral words reinforced by the shifting pace and tone of his beat.

But the journey that is “I Want My Mom” isn’t the fullest extent of Daw’s range. In another song, “Dake Ave,” Daw takes up a bold tone, spitting out lines confidently and quickly as if challenging the listener to keep up. According to Daw, his raw, emotional music has been influenced by years of hip-hop and poetry.

“It [rap] was something I always listened to,” Daw says. “I love that rap is all about following the rhythm and making sure you’re with it.”

Daw started writing poetry when he was younger and his transformation to rap emerged during a difficult time in his life when he set his poem “I Want My Mom” to a beat.

“Last year was the first time I truly went full-head into writing a song cause it was when my mom caught cancer,” Daw says. “I needed to do something with that anger and something with that sadness and stuff as she was struggling through it and I was like ‘I’ll just write this’ and I found a beat that went along with it and I was like ‘I love this.’”

Daw recently began performing his own rap compositions at local Teen Arts Council Open Mics, including “I Want My Mom” and “Dake Ave,” among others.

“I knew that the space [Open Mic] was nonjudgmental so I felt okay to say what I truly felt,” stated Daw. “It [the response] was very positive and it motivated me to write more.”

Rap has become a way for Daw to discuss personal struggles as well as political issues. Daw says he takes inspiration from artists like Kendrick Lamar, preferring to cover hard-hitting issues like problems with race and police violence in the United States in his lyrics.

“Rap is more of like ‘Yo here’s a situation, use it, think about it,’” explains Daw. “Because it’s so spoken, it’s more poetry … You don’t have to make things a hook … That’s why I feel like it can hit deeper.”

In response to accusations that rap is too violent, Daw explains why rappers confront serious subject matters in such a candid way.

“A lot of them [rappers] are just telling their own stories, this is a story, this is their life and they’re retelling it in a different way … For some you have to put that violence in because it’s real.”

“A lot of them [rappers] are just telling their own stories,” Daw says. “This is a story, this is their life and they’re retelling it in a different way … For some you have to put that violence in because it’s real.”

Daw says that when working on slower-paced songs, he writes his lyrics and then finds a beat that fits. Conversely, his faster songs are driven by an established beat and words are found to match. But it’s in the former style of song where he feels he can express his beliefs most bluntly.

“You can just have a full two minute beat and just talk,” Daw says. “Just literally put your own feelings, your own problems, or the world’s problems, in them.”