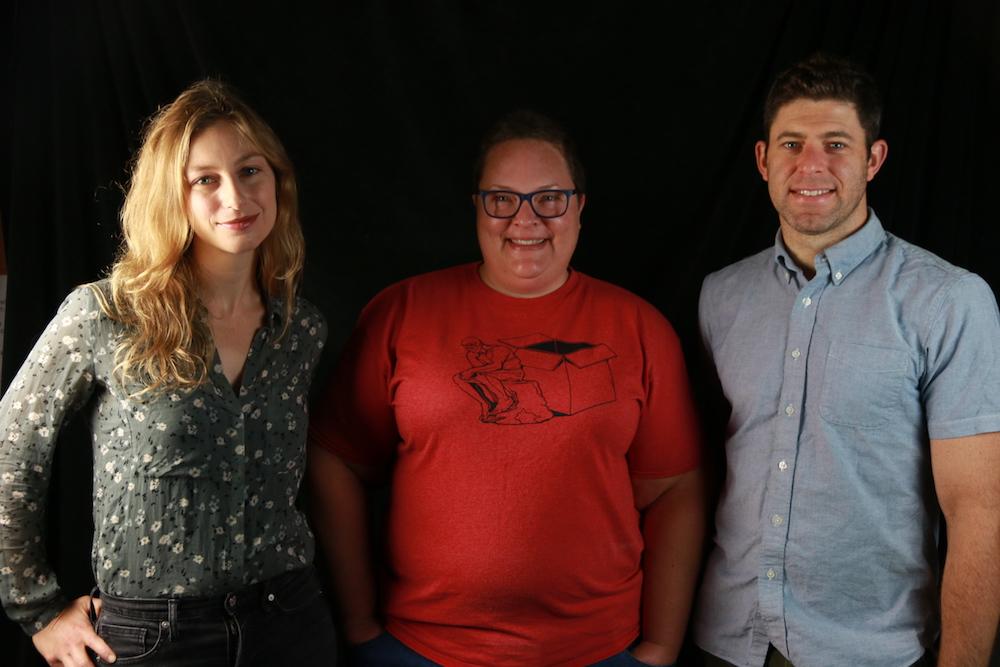 **Bonus: Check out our condensed timeline of Verde here!**

When Palo Alto High School journalism adviser Esther Wojcicki first pitched the idea of Verde Magazine in 1999, the administration told her it was a good idea but that it would never happen.

“I remember when Woj came to the three of us with the idea,” one of Verde’s first editors-in-chief, Eva Steele-Saccio, says. “I thought she was both completely insane and a total genius.”

Nevertheless, Wojcicki and 20 students from the overflowing Campanile staff decided to give it a try, diligently brainstorming and writing stories at the back of the Campanile classroom while trying to scrape up enough money to publish on their own. When they finally did, Verde’s first ever issue was born.

“The hardest part — beyond naming, figuring out printing and advertising — was creating an environment and culture that rivaled the Campanile’s,” Chris McFall, another Verde pioneer EIC, says. “Safe to say we were on the right track if it’s still around.”

According to Wojcicki, her main goal with Verde was to create a publication that specialized in investigative journalism — taking a more in-depth look into the local issues. Despite a strong personal vision, however, Wojcicki ensured that the magazine would be entirely student-run and represent student ideas for what Verde should be.

“In retrospect, it’s hard to believe that a bunch of high school kids who had limited journalistic and editorial experience created a professional-looking magazine from scratch,” Sarah Magnuski, another of the founding EICs, says. “It was for us, by us.”

Though Wojcicki founded the magazine and advised it’s first year, she turned the reins over to Verde’s current adviser Paul Kandell for it’s second volume.

A year or so after Wojcicki met Kandell on a Campanile field trip to Lowell High School, he arrived at Paly as Verde’s new adviser. “I thought he was amazing,” Wojcicki says.

Kandell is entering his 19th year as Verde’s adviser, seeing it through nine Pacemaker awards from the National Scholastic Press Association.

Now, to celebrate Verde’s 20th volume, we look back at our past 96 issues and reflect on some of our most impactful stories.

“Names like ‘attention whore,’ ‘liar,’ ‘drunk’ and ‘slut’ were thrown around in the gossip that surrounded her as she walked across the quad at school,” Lisie Sabbag (Class of 2013) writes in her feature, titled “You Can’t Tell Me I Wasn’t Raped.”

Sabbag’s article was part of a six-story cover package in Verde’s 14.5 issue “Rape Culture,” which drew national attention for its thoughtful and revealing account of the experiences of two rape survivors at Paly. V14.5 published in the wake of the Steubenville and New Delhi rape cases that garnered national and international attention, and just days before the sexual assault at Saratoga High School surfaced.

According to Sharon Tseng, who was an editor-in-chief at the time, the writing process for such a sensitive topic in a school magazine was initially rocky.

“The story actually almost got cut because they were having trouble finding people who were willing to be interviewed,” Tseng says. “It [rape] is just a really hard topic, and we were high schoolers … It wasn’t really coming together, but I was super invested in the story. I really thought it was important.”

Nearly four years after “You Can’t Tell Me I Wasn’t Raped,” Verde published an edition in V18.5 titled “Diorio’s Dilemma.”  The feature detailed the PAUSD administration’s response to the Office of Civil Rights’ report, “CASE-09-13-5901,” which had reviewed eight cases of sexual assault in the district.

“Diorio’s Dilemma” published amid the district’s sexual assault scandal and months before a KTVU report revealed how a now convicted assailant was allowed to remain on campus, once again raising conversations about the administration’s role in preserving campus safety. 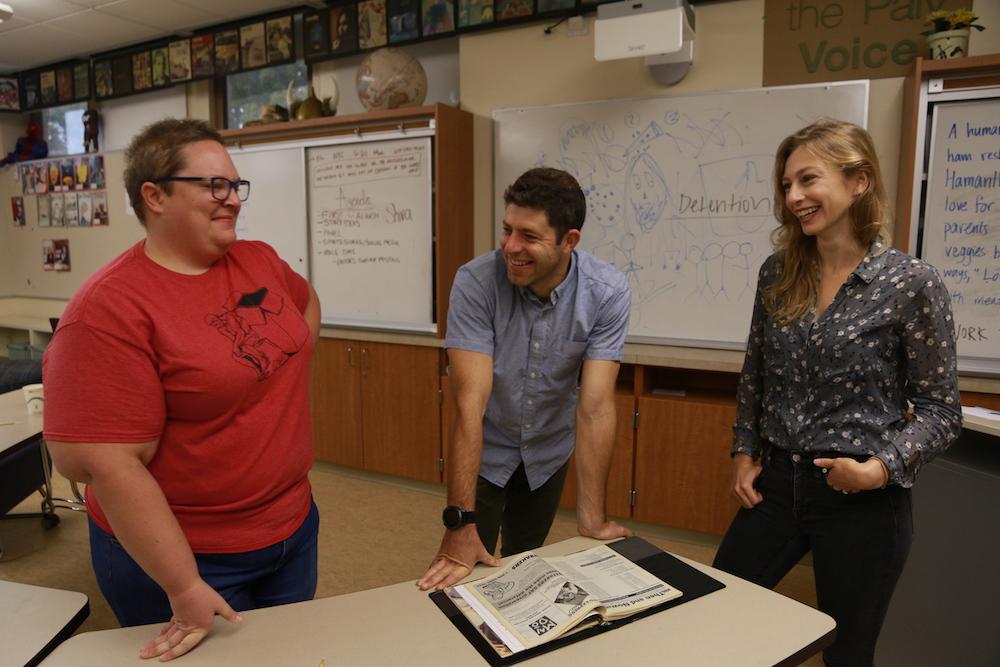 (From left to right) The first editors-in-chief of Verde — Sarah Magnuski, Chris McFall and Eva Steele-Saccio — reminisce on the founding issue of the magazine from 20 years ago. “We were creating something from scratch, so there was no precedent about how to do things,” Magnuski says. “We were all teenagers and learning how to lead and how to be a team, so we had arguments sometimes. But we always worked things out.”

“A lot of people … didn’t really want to talk about their experiences named,” Alexei Koseff  (Class of 2008) says as he describes what it was like writing “Embracing Race.” The V9.5 cover story shares the experiences of interracial couples at Paly, examining Palo Alto’s evolving attitudes towards mixed-race relationships.

“[I was] really just trying to make it relevant for people,” says Koseff, now a political reporter for the Sacramento Bee. “Why are we talking about this now? Why does it matter? And give people a real picture of what things were like for the Paly community.”

Many Verde stories have since followed in the footsteps of “Embracing Race,” covering issues concerning race both on a national and local level and pushing the boundaries of what may be deemed uncomfortable to discuss.

In the V17.3 cover story, “Interned,” Anna Nakai and Gabriela Rossner (Class of 2016) trace the experiences of former Japanese-American Paly students and their families, who were uprooted and sent to relocation camps during World War II. Published near the beginning of Donald Trump’s presidential campaign, Nakai and Rossner draw parallels between the xenophobia and discrimination behind Japanese-American internment and Trump’s rhetoric surrounding Muslim-Americans and refugees.

“Although she did not live on Ramona Street, Ishimatsu still remembers the strong divide and lack of integration between Japanese-Americans and the white community of Palo Alto, even at Paly,” Nakai and Rossner write. “Even before the war broke out, she was aware of racial tension in Palo Alto.”

According to Nakai, the story was especially impactful because it vocalized perspectives forgotten over time. The article received attention from both the Paly community, especially from social science teachers, and from academia when it was cited by an anthropology research book.

“Stories of survivors of Japanese internment are getting harder and harder to tell because there are fewer and fewer people who are still alive to tell them,” Nakai says. “And so it was a story that, if we weren’t going to tell it now, nobody was going to tell it.”

Verde’s emphasis on hard-hitting reporting has permeated its stories about socioeconomic issues. In “Title?” Jack Brook and Ana-Sofia Amieva-Wang (Class of 2015) explore the lives of Buena Vista Mobile Home Park inhabitants and discuss the 2015 controversy around the possible sale of this land. Fortunately, in 2017, the Jisser family bought the land and allowed families to remain in the mobile home park.

On a more student-centric front, “The Summer Melt,” written by Esmé Ablaza and Bethany Wong (Class of 2016), explores the circumstances of students who have been accepted into college, yet do not attend. The reasons for “summer melt,” as the phenomenon is called, vary from a lack of resources and guidance to a lack of encouragement.

“We were getting the kids into college and then we weren’t getting them all the way there,” says Judy Argumedo, the director of academic support in PAUSD.

The story goes on to describe resources that help students successively transition from highschool to college. EOP, for example, provides priority to students for things like course registration and housing. One Paly student, Theresa Delgadillo,  signed up for EOP, and through it she met another student who really helped her.

“It helps me to talk to other people about what I’m going through,” Delgadillo says, “Having someone there to listen to things that were going on in my classes or how I was doing emotionally was great.” 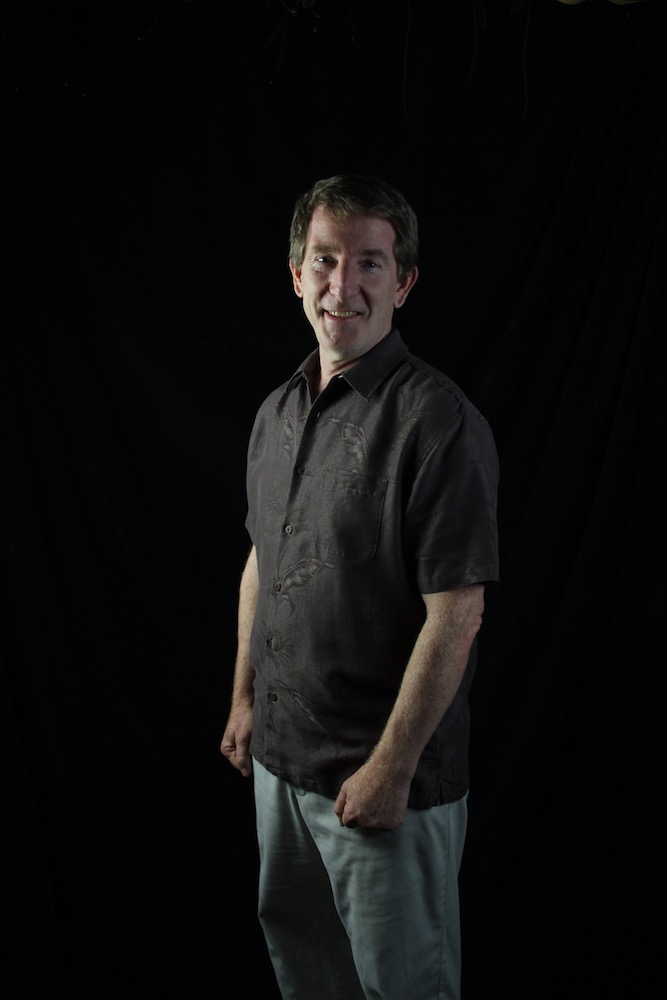 Paul Kandell is entering his 19th year as Verde’s adviser, seeing it through 92 issues and nine Pacemaker awards from the National Scholastic Press Association. “I took the Campanile [staff] on a field trip to Lowell High School in San Francisco and while I was there I met Mr. Kandell,” The Campanile adviser Esther Wojcicki says. “I was like, ‘you’re doing great work, could I interest you to come to Paly and work on this new publication.'”

Perhaps the most significant change in Verde since its inception 20 years ago is an increasing digital presence.

“Since I was at Verde … everything has gone digital and then mobile,” Koseff says. “When I was at Verde, things obviously were changing, but it was still very driven by print, so I didn’t really have that kind of experience.”

However, Verde’s mission — to tell unheard stories through unbiased reporting and paint unflinching portrayals of community issues — remains the same. Most recently, V19.4, with a cover package on gun violence, received national attention from news outlets including CNN and KTVU for featuring a physical “bullet” hole which pierced every page of the magazine. The issue also went viral online, garnering over 40,000 upvotes on Reddit.

“All the stories and most of the ads in the issue are somehow impacted by the bullet,” Andrea Diaz writes on CNN. “Every time they flip a page, readers are reminded to reflect on what’s missing.”

The issue published in the wake of the February shooting in Parkland, Florida, and aimed to represent both perspectives of the gun reform debate by including a feature story on the Paly student walkout in support of gun control as well as a profile on Paly gun owners. The cover package became even more timely when, in the final days before printing, Paly went on lockdown. The words “this is not a drill” crackled over the loudspeakers as more than 2,000 students scrambled to build barricades out of chairs and hide under desks.

Verde hopes to continue along the same vein, telling impactful local stories that inform and entertain our readers, for years to come.

“My favorite part of Verde was that we actually got to write longer impactful stories on a longer news cycle,” Nakai says. “There’s nothing really like that in college … After writing long pieces about police brutality to Japanese internment, writing about who won the hockey game is just not as interesting …  for me. I definitely miss that.”