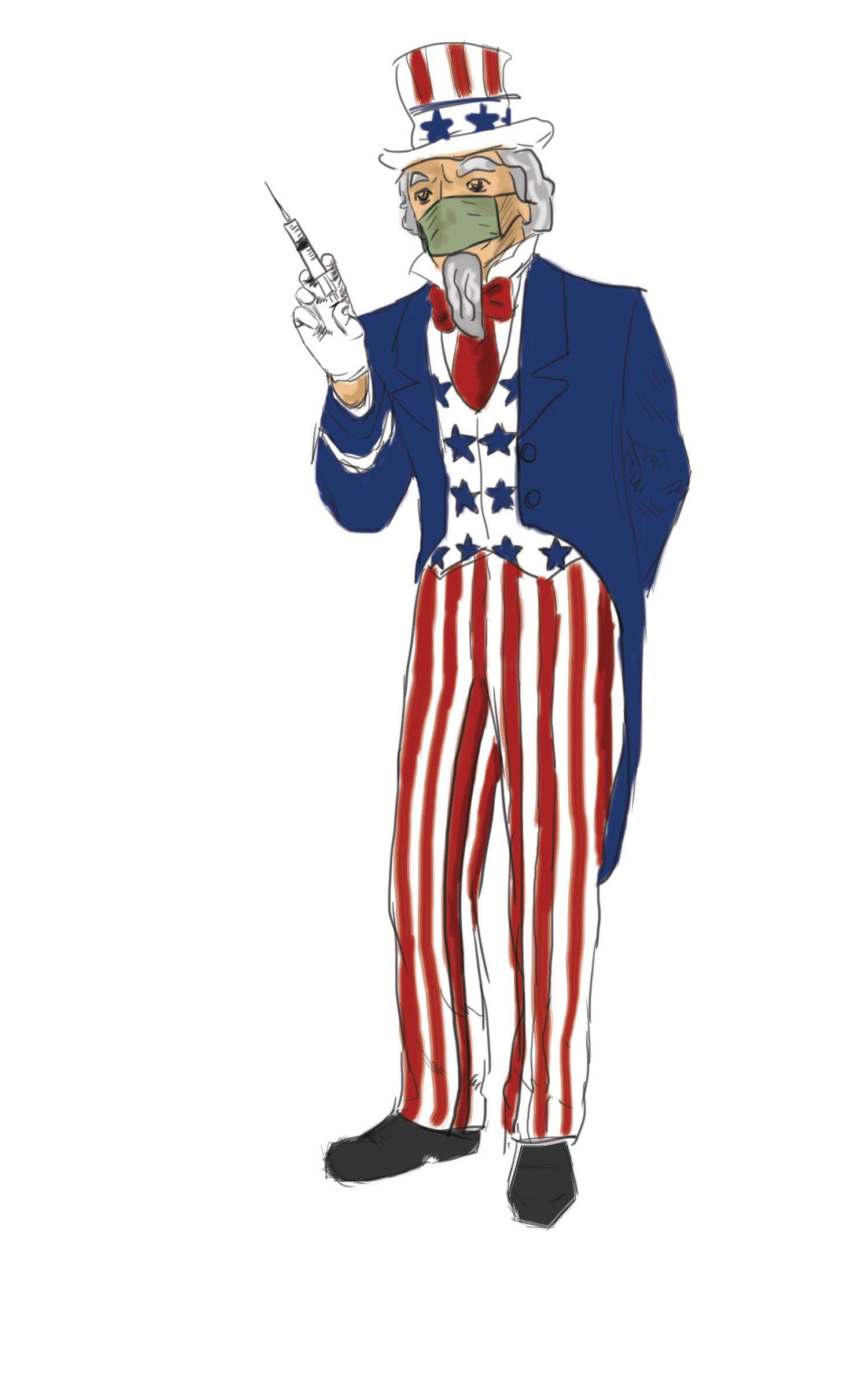 Vaccine Vexation: Should vaccines be mandated?

It is no small irony that Jen, who holds a master’s degree in biotechnology, became disillusioned with vaccines while working in a lab at a world-renowned school of medicine. Jen alleges that she witnessed researchers manipulating data at the local university she worked for. Whether this is true or not, it underscores the public’s lack of trust in big pharmaceutical companies and the government.

As someone who does not entirely support vaccines, Jen agreed to speak with Verde under the condition of anonymity due to the social stigma attached to her beliefs. Jen, a San Jose parent with an 18-month-old child, claims her wariness surrounding vaccines stems from her distrust of the companies who create them.

Jen’s distrust is not necessarily misplaced. These are the same companies who in the 1960s distributed thalidomide to pregnant women to alleviate morning sickness. The unintended side effect of this drug disfigured children, causing their limbs to not fully develop. If this drug had undergone more rigorous testing, these tragedies could have been avoided.

For the most part, Jen does vaccinate her children. However, Jen’s main belief is that it should be a parent’s prerogative to decide which vaccines their child needs. The root of the issue is that no one wants to see a child harmed. However, there are differing views on what is more harmful: the vaccination or the illness itself.

“Part of my frustration is that it is not a black and white issue; it is very gray,” Jen says. “I think that ‘pro-choice’ encompasses the full spectrum, whereas forced vaccines forces everyone to be one side.”

Currently, pro-vaxxers are pushing for the passing of the California Senate Bill 277, which would mandate that children may only enroll in kindergarten at a California public school if they have received the MMR (measles, mumps and rubella), polio, DTP (Diphtheria, tetanus and pertussis), Hib (haemophilus influenzae type b), Varicella (chicken pox), and Hepatitis B vaccinations. The SB 277 will eliminate the personal belief exemption, the loophole in the existing law that enables parents to exempt their children based on religious or personal beliefs. The bill permits that only children with compromised immune systems, such as those undergoing chemotherapy, may abstain from receiving vaccines.

Richard Pan, a pediatrician and state senator representing Sacramento, introduced the bill in February with Ben Allen, another state senator, who represents Santa Monica. Together, they developed the bill which includes a list of 10 highly-contagious vaccine-preventable diseases for which they want to see total immunization.

This bill’s goal is to ensure both personal and community health through a phenomenon called “herd immunity.” At its core, the idea that if a large amount of the community is vaccinated and more and more people become vaccinated as time progresses, the general population will eventually become immune. Ultimately, the hope is to someday eradicate diseases by applying the same principle used to eradicate smallpox.

“The simplest way to think about herd immunity is that the more people that are immunized, the harder it is for a bug or a virus has to set up shop within that population and cause person-to-person spread of disease,” says Cornelia Dekker, medical director of the Stanford-Lucile Packard Children’s Hospital Vaccine Program.

Leah Russin, a Palo Alto parent and a co-founder of Vaccinate California, an organization working to promote required vaccinations, believes that unvaccinated school children pose a risk to their own health and to that of the community. Russin, a strong advocate of vaccination, is pushing for SB77. Through the passing of this bill, many parents like her hope that they can feel secure that their children will have adequate protection from vaccinated diseases at school.

According to Russin, who spoke at a press conference urging that the bill be pushed through to the State Senate, Assembly and the desk of the governor, the law could be enacted by August, in time for the upcoming school year.

Of course, widespread public opposition continues. However, the main issue for pro-choicers is that they worry they will no longer have control of their child’s health care. A facet of the SB277 does take away some parental rights, mainly giving the state of California the right to add any vaccine for “any other disease deemed appropriate.”

“I personally don’t agree with that [deeming appropriate] because I don’t know what the future holds,” Palo Alto parent Christina Hildebrand says. “Forcing people to do it [vaccinate] is just not the right way to go about handling the situation.”

However, Russin trusts that her son’s pediatrician and other doctors would only give children vaccines in good confidence knowing that they were safe.

“While doctors can be fallible, I believe they are generally to be trusted,” Russin says. “When my pediatrician tells me something will be good for my child, I listen. I don’t go to Dr. Google.” 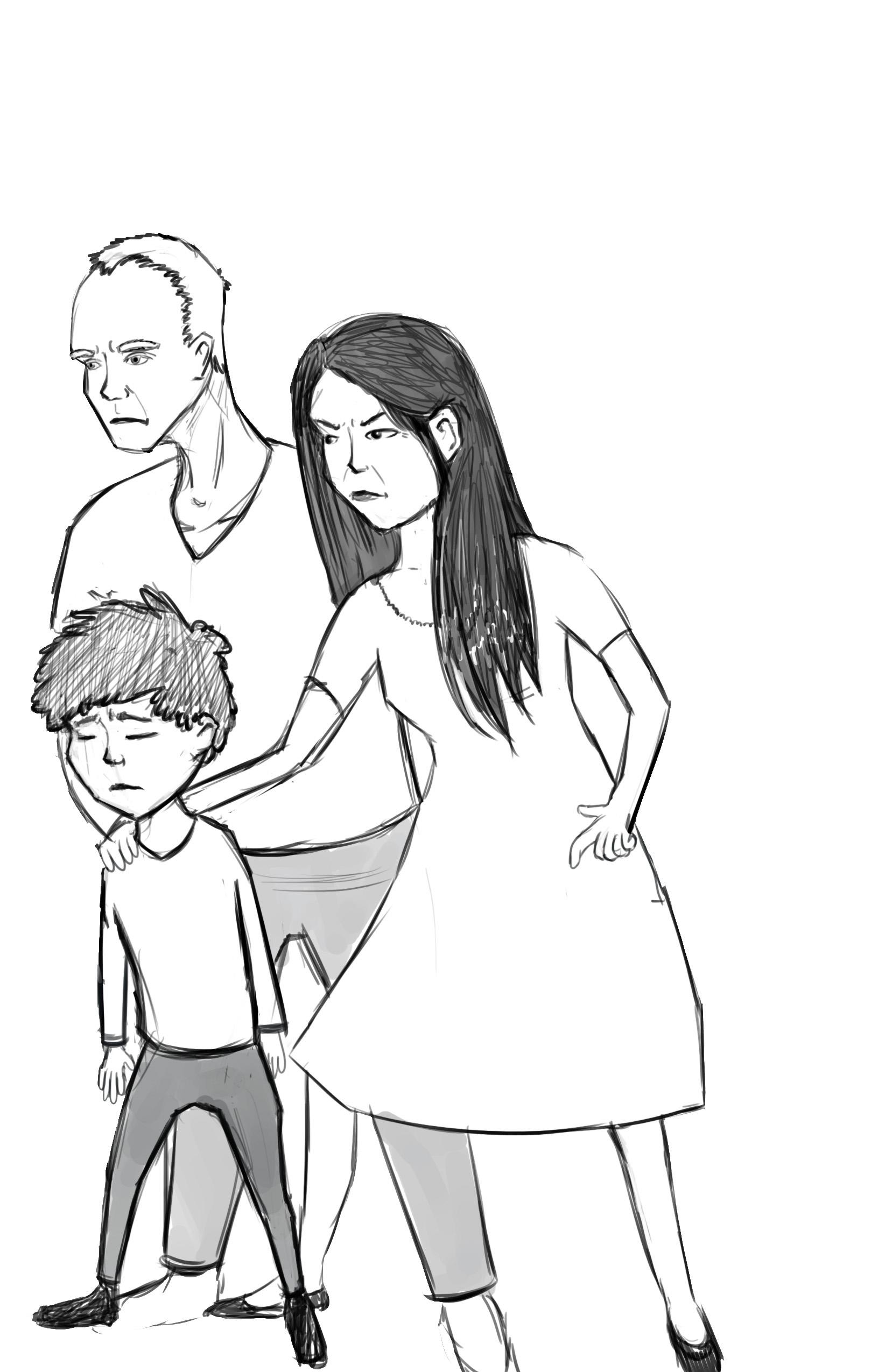 Hildebrand identifies as pro-choice and strongly opposes SB 277. Hildebrand’s choice not to vaccinate her children stems from her desire, like many health conscious parents, to limit her children’s exposure to toxic chemicals or any harmful substances. Hildebrand puts significant effort into cooking organic foods, serving vegetables and avoiding fast food restaurants.

“The people who are making the choice for a philosophical exemption are not stupid people, they are not people who have not thought about this; they’re people who have made the conscious decision not to vaccinate their children and they should be respected just as much as the person who chooses to vaccinate,” Hildebrand says.

However, if Hildebrand’s children were to become ill and have their illness spread to another child, her beliefs would essentially be harming others. While Hildebrand is acting out of concern for her children, her decision has wider repercussions. Still, Hildebrand remains troubled with the safety of vaccines themselves.

“[The] formaldehyde, monkey kidneys, dog kidneys, chick embryos, all of these animal DNA pieces that concern me,” Hildebrand says. “Every vaccine package says that it hasn’t been tested for DNA. The vaccines could be carcinogenic, they could cause infertility and they could cause DNA mutations. The state shouldn’t be able to mandate having to put that in my body or in the body of my child.”

Not all of these ingredients that Hildebrand alleges are found in vaccines. There are egg proteins in vaccines, but monkeys or dogs do not exist in vaccines. The only reason egg protein is found in vaccines is because it has a use: to create the influenza and yellow fever vaccines. The Center for Disease Control and Prevention clearly claims that anyone who can safely eat eggs can safely have the vaccine administered. The CDC has found no link to infertility or DNA mutations as adverse reactions to vaccines. Hildebrand’s view on vaccines is essentially the same as a person who refuses to fly on planes or use their cell phone due to their belief that the radiation exposure, however minimal, could lead to cancer.

Yet, some of Hildebrand’s allegations ring true. According to the CDC, vaccines do contain aluminum, formaldehyde and Thimerosal (which contains mercury). These are toxins that are shown to cause harm to the body; for example, mercury interferes with the central nervous system acting as a neurotoxin. The National Resources Defense Council reports that most common types of fish contain mercury, and, according to the American Cancer Society, products like lotions, shampoo, conditioner, shower gel and some fingernail polishes contain formaldehyde.

However, consuming fish with a high amount of mercury like tuna or swordfish on regular basis would contain enough mercury to make the side effects dangerous. Pregnant women, children and nursing mothers are cautioned against eating any fish due to adverse side effects, but a woman can get some vaccines during pregnancy according to the CDC. Because vaccines contain such toxic chemicals, Hildebrand doesn’t feel safe administering them to her children, regardless of whether or not the toxin levels are actually harmful.

Other pro-choicers follow a different train of thought they are not only worried about what is in vaccines, but also by the perceived link between these vaccines and autism.

“It’s not just that I believe that vaccines cause autism, I’ve seen kids who have become autistic after a vaccine,” Berkeley parent Sara Russell says.

Russell remains concerned with the judicial and medical system’s inability to reveal the truth to the public. Despite her heart being in the right place, Russell’s belief in the connection between autism and vaccine is contingent upon what the scientific community now believes to be discredited pseudo-science. The supposed link between autism and vaccines started with British researcher Andrew Wakefield’s 1998 study, which claimed that the MMR vaccine caused autism. Subsequent studies discredited Wakefield’s findings, and Wakefield medical license was revoked and a recent 2013 study by the CDC revealed once and for all that there is no connection between vaccines and autism.

A salient point to consider is that under SB 277, if Russell or Hildebrand wish not to vaccinate their children, they can. However, this means that they cannot enroll their children in the California public school system.

Ultimately Hildebrand believes that, “It’s a choice that every individual should make, and if you choose to put all of those things I just mentioned into your body, then that’s your choice. But let me choose whether I’m going to put that into my body or not.”

Should We Be Worried?

Ninety-eight percent of Paly students from 2002 were fully covered with two doses of the MMR booster, according to health technician Jennifer Kleckner. Out of those who were not in this percentage, 10 chose to exempt themselves due to religious, medical or personal beliefs. Additionally, 30 students received notices in February because they only received the MMR vaccine once when they were under one year old and require another dose in order to become up-to-date.

“I expect with updates [that] we will see a much lower number of under vaccinated students,” Kleckner wrote in an email to Verde.

For the most part, Palo Alto students continue to receive their required vaccinations. At the same time, the small minority who do make up the “pro-choice” constituency continue to act according to their beliefs. The topic of vaccines still creates tensions between friends, family and coworkers as some question which is more harmful, the vaccine or the illness.