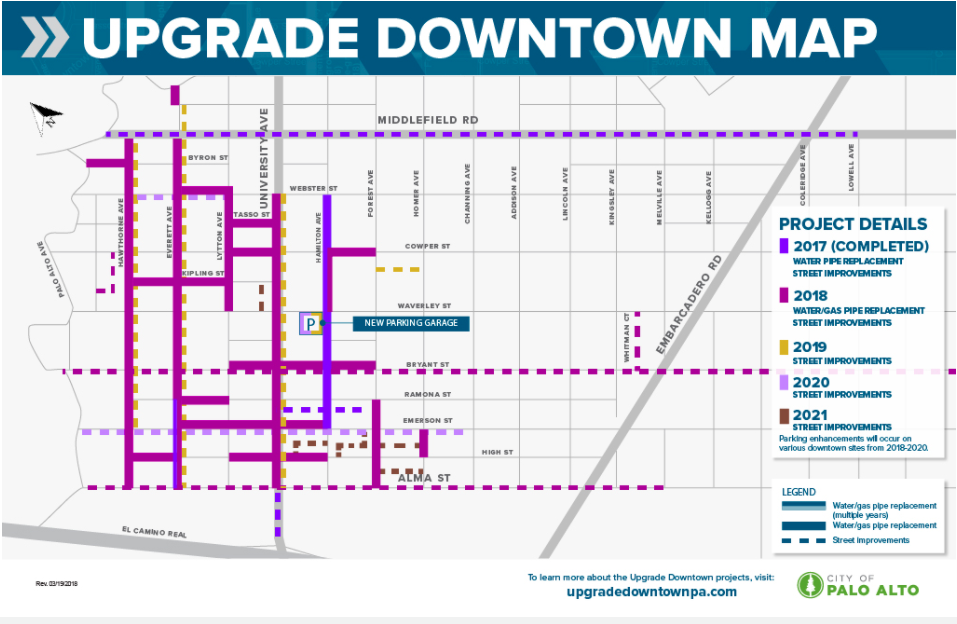 Construction outside the parking assessment district, which includes Kipling Street between Hawthorne Avenue and Lytton Avenue will continue until Dec. 14 to update gas and water pipelines as part of the Upgrade Downtown Palo Alto Project.

According to the project’s website, construction hours will be from 8 a.m. to 4 p.m. The city crew will coordinate with residents to transfer the gas services to the new pipes.

“We have completed seven out of nine intersections with new conduits and traffic signal pull boxes,” Upgrade Downtown Project Manager Aaron Perkins said. “We have completed six out of 11 intersections with new ADA [Americans with Disabilities Act] compliant curb ramps and many other streets surrounding University Ave have also been upgraded with new natural gas pipelines and service laterals.”

From January 2, 2019 construction will continue downtown, including the 100 block of University Avenue.

According to Perkins, construction is 70 percent complete and is expected to be finished March 2019. Although road closures may inconvenience residents in the short term, it will prevent shutdowns and delays in the long run.