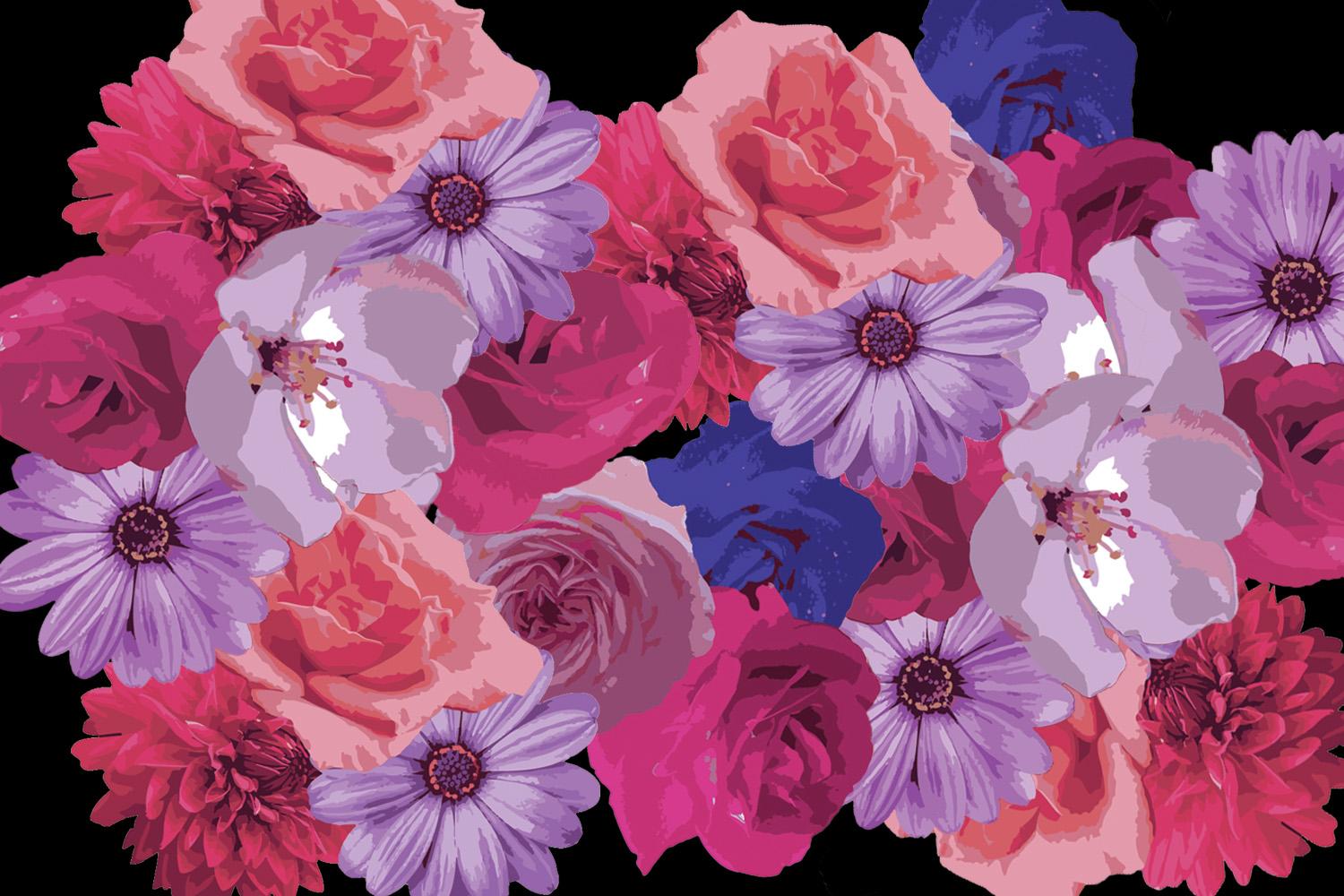 Prom. It’s the quintessential high school experience: a night of dazzling dresses, monumental memories and sky-high expectations of the perfect night with the perfect date.

Even in the age of #MeToo, women’s marches and the gender studies elective running at Paly for the first time next year, Prom and its traditions remain a relic of times past.

Although Paly’s Prom culture is more welcoming than most — devoid of dress codes, Prom courts and bans on same-sex couples — it is still rife with antiquated conventions such as flamboyant guy-ask-girl promposals, gender-specific corsages and boutonnieres and raunchy expectations of what comes after.

Central to the high school experience, the rite of passage acts as a social litmus test: a reflection of how we as a community treat women, men and non-binary individuals. From a genderqueer drag queen met with pointed stares to a sophomore struggling not to succumb to social pressure, here’s a side of Prom that you don’t normally hear.

Don’t be a drag, just be a queen

Sporting electric blue lips, silver-frosted tips and a floor-length, off-the-shoulder gown, then-senior Max Usman swept through the makeshift Exploratorium ballroom. Of the several hundred prom-goers clad in dresses, Usman was the only one in drag. 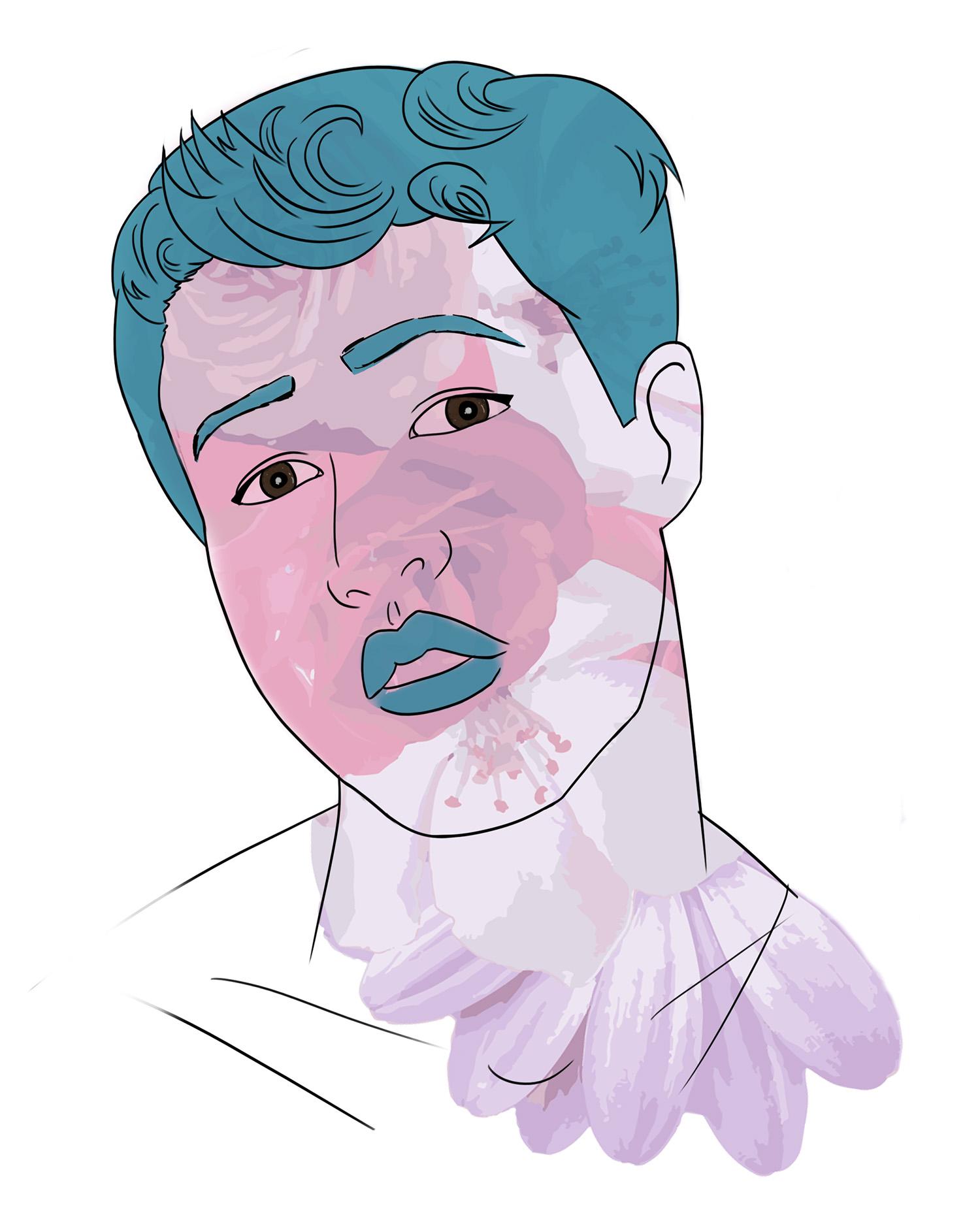 Now a freshman at Lewis and Clark College in Portland, Oregon, Usman, whose preferred gender pronoun is “they,” says junior year was the first time they began to explore their gender identity through drag. Although most of Usman’s peers responded positively, not everyone was supportive when they came over to mingle.

“Some of my friends’ dates would leave so as not to be seen even in proximity to me,” Usman says. “Though we live in the Bay Area, it is not as liberal [or] as accepting as we would like to imagine. I was viewed as a kind of artifact: something to be put under a microscope and examined, something outside of the norm that needed to be analyzed.”

At hyped-up, coming-of-age rites like Prom in particular, dated customs can feel restrictive for students who identify outside the gender binary.

“Kids are being de facto taught in these social environments that their identity outside of these binaries is not normal, and especially in high school, being outside the norm can be seen as a very scary thing,” Usman says. “In the case of people who identify in the binaries, their worldviews are horrifyingly narrowed by these norms being enforced.”

Browsing through Buzzfeed during Prom season, you might stumble across an article about the “cutest promposals,” then a separate story about the “best queer promposals.” Although these separate pieces are meant to highlight and normalize queer relationships, to queer students, such attention can feel like an uncomfortable fascination.

“Queer couples kind of draw attention,” says junior India Phills, who identifies as queer and is vice president of Paly’s Queer-Straight Alliance. “It used to be that they were viewed as wrong and sinful, but now …  people kind of fetishize it. It becomes a statement rather than just a preference.”

Though Palo Altans are mostly accepting of LGBT students, homosexual couples are still seen as atypical, which can lead others to react with unnecessary enthusiasm.

“When people don’t know what else to say and they are okay with it, they emphasize things that don’t necessarily need to be focused on,” says Jaclyn Edwards, social sciences instructional leader and future gender studies teacher. “The overemphasis of acceptance can actually shine a spotlight on people who don’t want to have that spotlight.”

“It becomes a statement rather than just a preference.”

These well-intentioned efforts can inadvertently single out non-heterosexual pairs, exerting additional pressures on them to “play up” their identity.

“For queer students, I think there is somewhat of an expectation for it to be a whole big thing,” Phills says. “Like, ‘Wow, look, a same gender couple at Prom,’ rather than just being able to go and have it not be such a big deal.”

Although Paly culture is absent of many of the more archaic Prom festivities, junior and QSA Social Media Manager Robert Vetter, who identifies as gay, says the dance is still fraught with expectations.

“A big part of Prom is how you present yourself and so I think presenting yourself the way you want to in accordance to your identity [is] a very big thing for each person,” Vetter says.

While ostentatious askings are a staple of school dances, public pressure to accept a promposal grants askers an unfair advantage that borders on “emotionally manipulative,” according to senior Maddie Lee.

“It takes a lot of guts to say no to a public promposal,” Lee says. “It’s a yes or no question, but no one’s actually expecting a no.”

In part due to tradition and in part due to long-standing gender roles, guys are generally expected to ask girls to Prom, even when the decision to go together was mutually arranged. 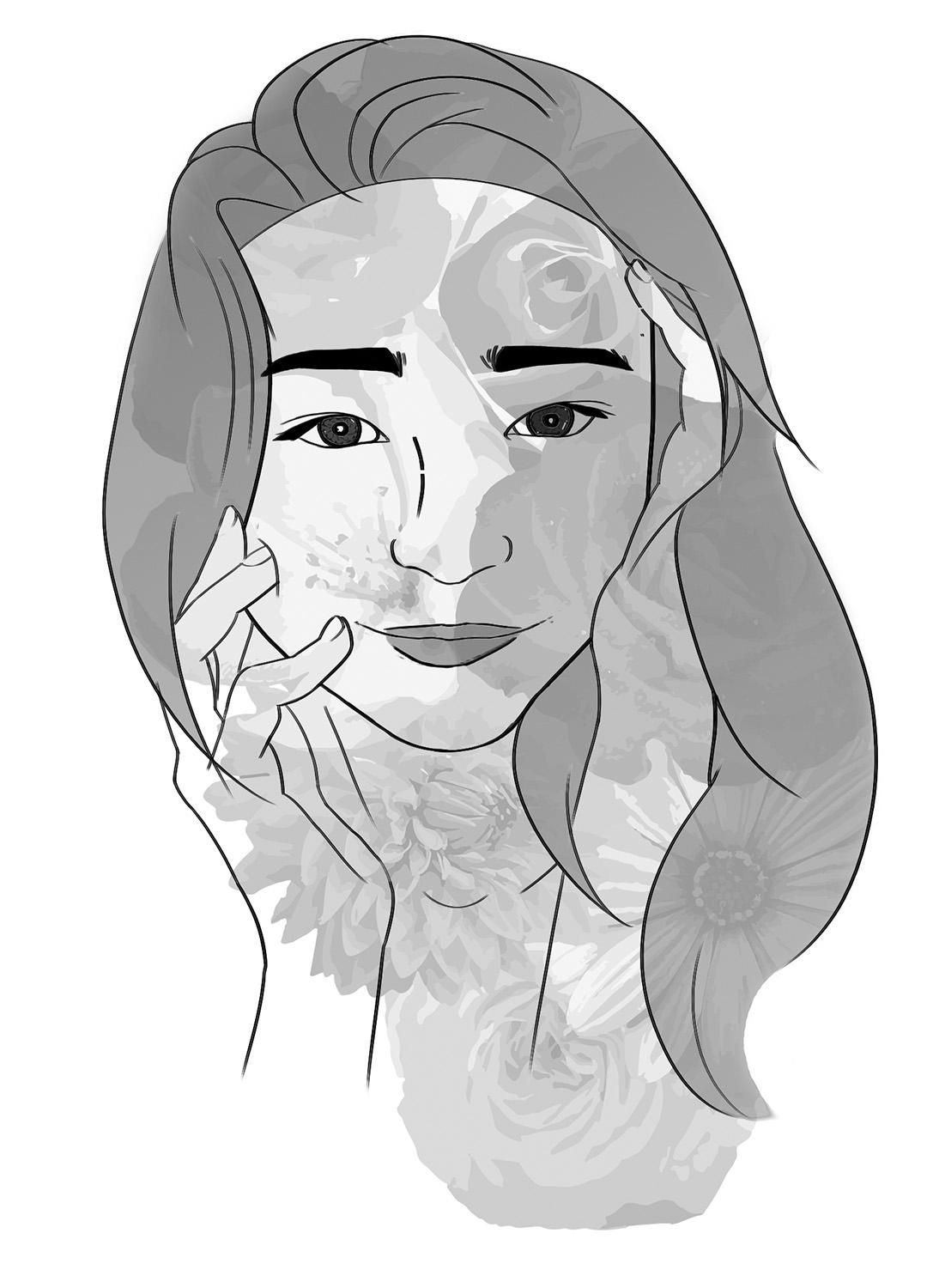 “How often do you see … a girl asking a guy?” Edwards says. “It happens, but then she’s seen as out of the ordinary if she were to do that, and it’s because of those gender stereotypes.”

According to Lee, this exerts undue pressure upon boys to take initiative, while forcing girls to respond according to old-fashioned social standards.

These long-standing traditions can reinforce gender norms that pave the way for a host of darker social expectations.

“The stereotype of sex on Prom night goes hand in hand with guys asking girls [which] turns into this obligation thing where ‘I asked you to Prom, I took you out, now you owe me something,’ and that definitely contributes to rape culture,” Lee says.

Beyond expectations to “return the favor,” school dances are also often the setting for unwanted and unanticipated attention.

“Everyone’s already in high spirits and the mindset for Prom night is go wild … so people might have fewer inhibitions and might try and take advantage of others,” Lee says.

You’re only young once

It was the week before Prom when then-sophomore Sydney Schwan received a text from an unknown number. Two days earlier, her friend had set her up with an upperclassman as a prom date, and expecting a physical promposal, Schwan was taken aback when all she received was a photo of the guest pass and a flippant “Can you sign this?”

“That was basically my asking,” Schwan says. “I slow danced with him once but it was really awkward.” 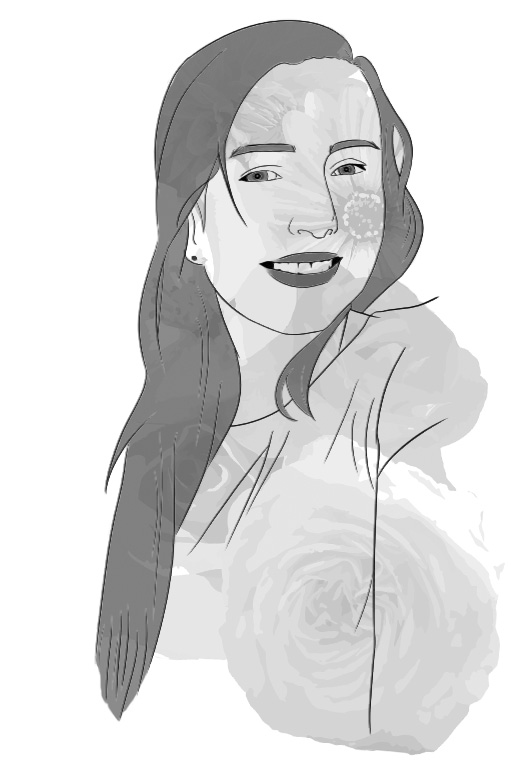 As a sophomore surrounded by a sea of juniors and seniors, Schwan remembers feeling intimidated at the dance.

“It was a little nerve-wracking, not going to lie,” Schwan says. “I went to an after-Prom party with all juniors [which was] definitely a little intimidating and I didn’t know what to do, so if a sophomore were in that situation … it would be easier to be pressured into something.”

While a few years may seem short, the divide between grades in high school is stark. Coupled with this age gap, the lure of social prestige can lead underclassmen to go with anyone who asks, even if they’re a near-stranger, according to sophomore Karina Kadakia.

“It’s the cool thing to go three years in a row,” Kadakia says. “You get invited to a big thing. You look so desirable to people, you get to hang out with upperclassmen only, everyone is envious of you.”

Unable to attain Prom access on their own, an underclassmen may inadvertently feel or be pressured into taking measures outside their comfort zone.

“I think some girls would go to the extent of hooking up for Prom, but some girls will just not expect that to happen,” Kadakia says. “Once she gets asked … she’s in her bubble, she’s happy, and then the guy tries to hook up with her and she doesn’t realize that that was supposed to happen. I think this is where sexual assault and harassment come in.”

We’re all in this together

“No means no,” Edwards says. “No doesn’t mean ‘thanks for making this possible, now I have to return a favor.’ Unfortunately, we’ve been living in a society where there is that expectation, so it’s about educating not just the female about using her voice, but also its young men about what’s okay [and] not okay.”

Announced by Assistant Principal Victoria Kim, Paly will host grade-level assemblies featuring gender violence expert Jackson Katz the Thursday before Prom in an effort to raise awareness about gender roles and their consequences.

“The more education the better,” Edwards says. “A student has to feel safe, so the more that you talk about it, the more educated you are, the more a school can help support students however they identify themselves … then it doesn’t seem out of the ordinary anymore. That becomes your new norm.”

Although they say there isn’t any single panacea, Usman says the next step to acceptance is to perceive people holistically both in and outside the context of Prom.

“Stop trying to grab onto someone’s most definitive trait and then use that as your personal definition for them,” Usman says. “Start viewing people as a sum of their parts and not just parts.”

Ultimately, acceptance stems from empathy. While school-wide assemblies and speaker series are steps in the right direction, students must also do their part.