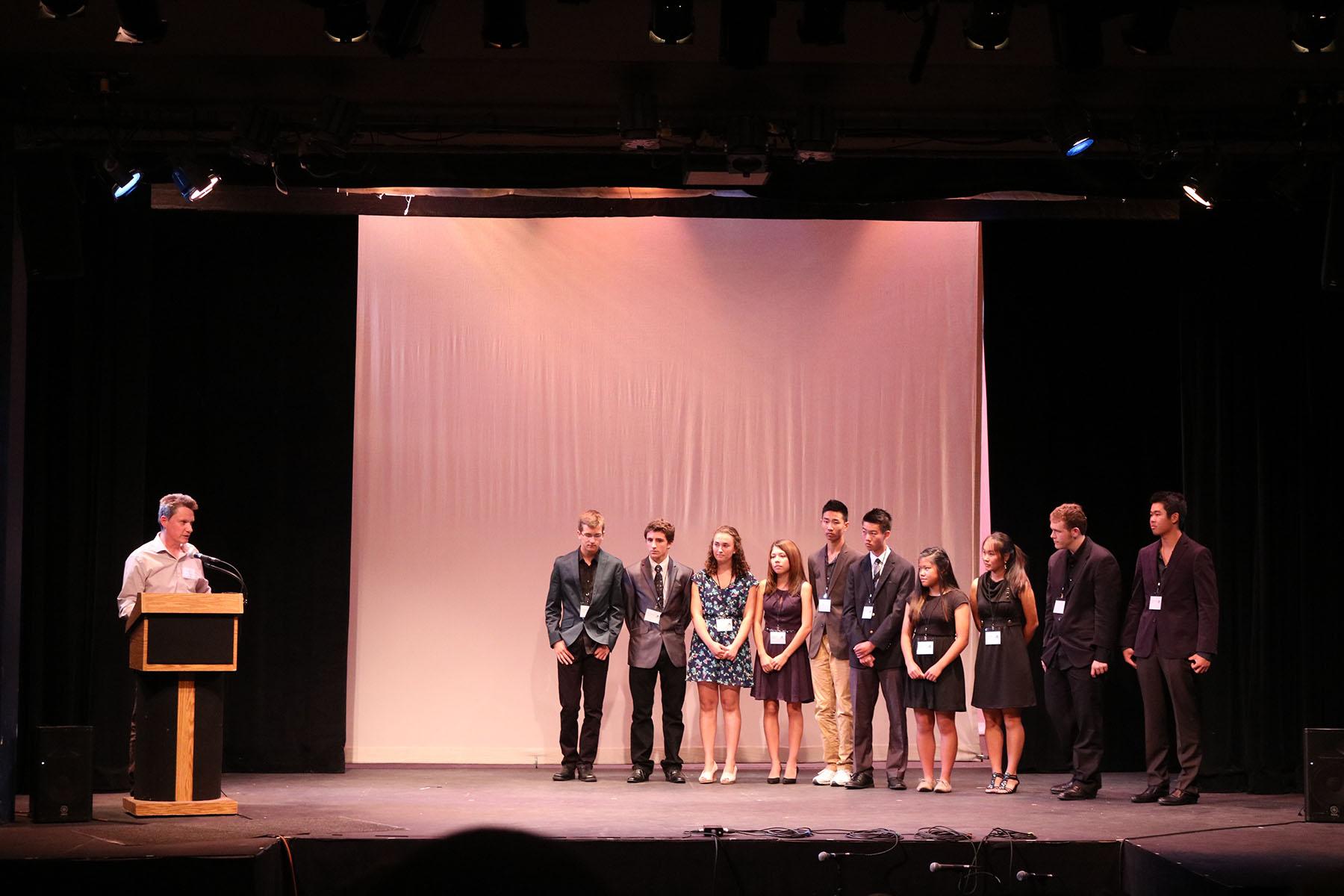 When 13 high schoolers gathered under the protective shadow of a $1000 City of Palo Alto grant to create a controversial documentary, many community members anxiously awaited the end product. Hundreds of comments flooded Palo Alto Online’s article about the movie, most positive, but others angered by  the issues the movie covered.

DocX Films, a group of Palo Alto High School and Gunn High School students, created the documentary, “Unmasked” after the suicides of the 2014-15 school year. The main plot of the documentary consists of a real-life discussion  about student mental health. The premiere on Sept. 12 sold out after only a few days, and even waitlisted current Charlotte Hornets basketball player Jeremy Lin’s mother. We managed to reserve two tickets to the event.

“Unmasked” begins light-heartedly with a brief history of Palo Alto and an overview of the numerous companies located in Silicon Valley. The plotline takes a dark turn with the introduction of a fictional storyline about high school student “Winston.” Over the course of the film, Winston reveals to the audience the on-going struggles in his life.

The integration of a fictional character to a real-life discussion of mental health is confusing and unnecessary; however, as Paly seniors, we related to Winston’s inner conflict and lack of courage in revealing this conflict to his friends and adult figures.

The documentary features alumni and current high school students who recount personal incidents regarding their own difficulties with mental health. They also give various solutions to counteract stress.

The DocX Films team maintained accuracy and sensitivity by  consulting with Stanford psychologist Vassir Joshi and youth support group leader and pastor Chris Sturgeon. It was relieving to hear that the team did not glorify suicide, which many community members and students were concerned about.

The majority of the documentary consists of interviews of community members, alumni and current students from Paly and Gunn. These interviews were at times repetitive, which weakened the message of resolving mental health in Palo Alto’s youth.  However, in doing so, “Unmasked” is able to capture vital parent feedback and highlight the issues that the Palo Alto Unified School District need to cover.

Although it was restricted to a tight budget, the DocX Films team managed to shoot high-quality interviews and city scenes with perfect audio, despite the fact that it was the team’s first film project.

“Unmasked” ends abruptly on a high note when Winston takes off his mask to expose his vulnerability, suggesting he is open to receiving help. Although Winston achieved his happy ending, the truth is that reality does not always work out this perfectly. Understandably, there is no general solution to an issue this complex, but the ending left us feeling dissatisfied.

According to co-directors and Paly seniors Andrew Baer and Christian Leong, “Unmasked” has three main goals: to reduce the stigma surrounding mental health, to encourage conversations between students and adults and to leave viewers with a message of hope.

“It doesn’t do any good to dwell on the past,” Baer says. “Having hope allows us to start moving down the path to a brighter future, and we truly can’t make progress unless we have hope that there’s something better for us.”

Ultimately, “Unmasked” is successful — the movie opens up channels of discussion between student and adults. Although “Unmasked” does not offer tangible, policy-based solutions, the movie takes a step toward recognizing and removing the stigma that surrounds mental health.