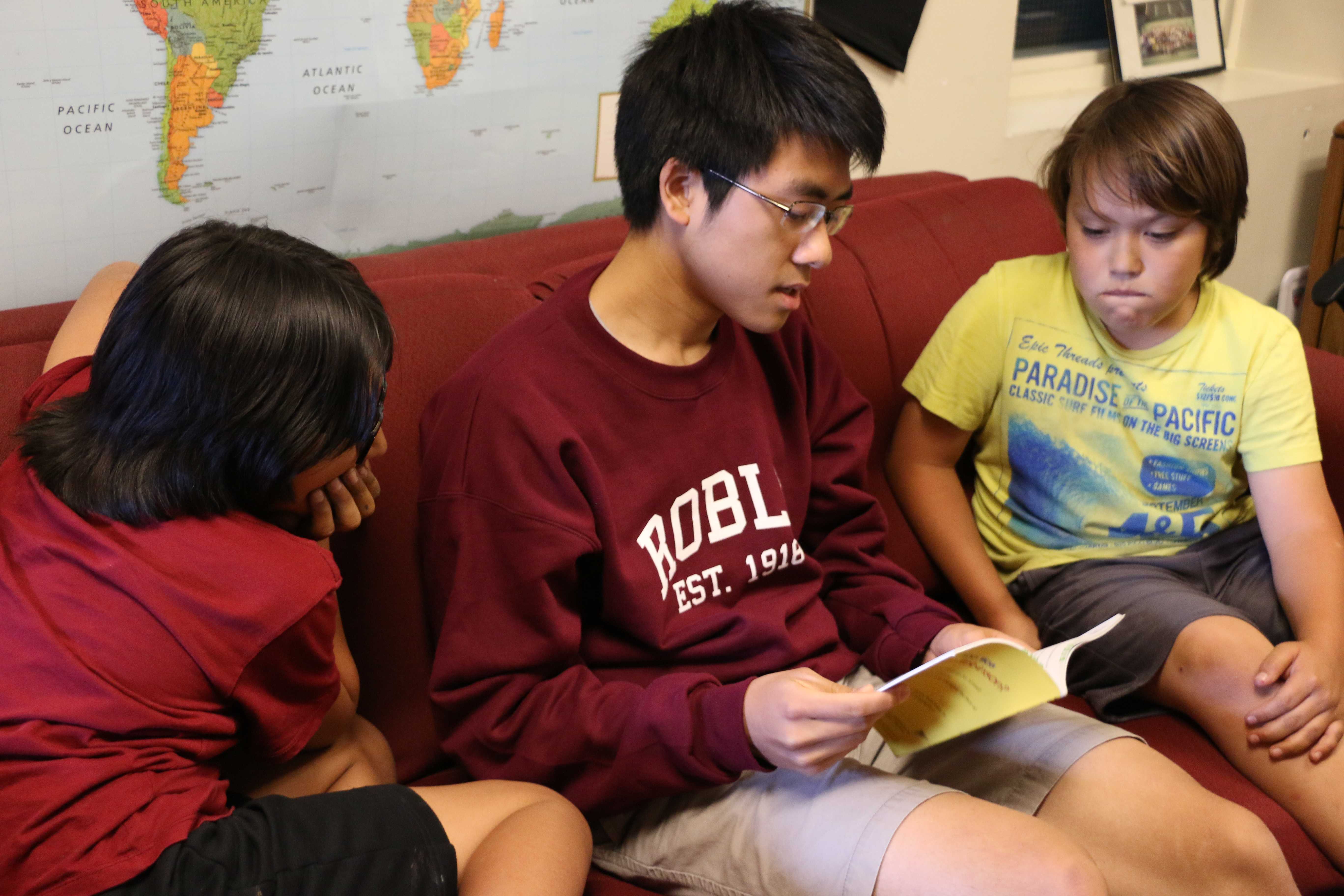 Under the Bleachers – EPA Tennis and Tutoring

Tucked under the grandstands of the Taube Family Tennis Stadium at Stanford University, Palo Alto High School freshman Roberto Rivera and his friends spend their evenings, quite literally, studying under bleachers. These bleachers are part of a stadium that has hosted the Williams sisters, Kim Clijsters, Maria Sharapova and other tennis legends annually as part of the Bank of the West Classic. On a daily basis, they are home to the Stanford tennis team, but from 3:30 p.m. to 8 p.m. a different team of tennis players trains both on and under the bleachers.

From Monday through Thursday each week, these alcoves house the East Palo Alto Tennis and Tutoring team, an after-school community program that  has combined academic assistance with athletic training for 27 years.

Since its founding in 1988, EPATT has been driven by its mission to keep East Palo Alto kids off the street. Beginning with a primary focus on tennis coaching, EPATT now splits its instruction: 80 percent for academics and 20 percent for tennis and fitness training.

EPATT is in high demand and caps the number of students in the program at 120 with many others on the waitlist. 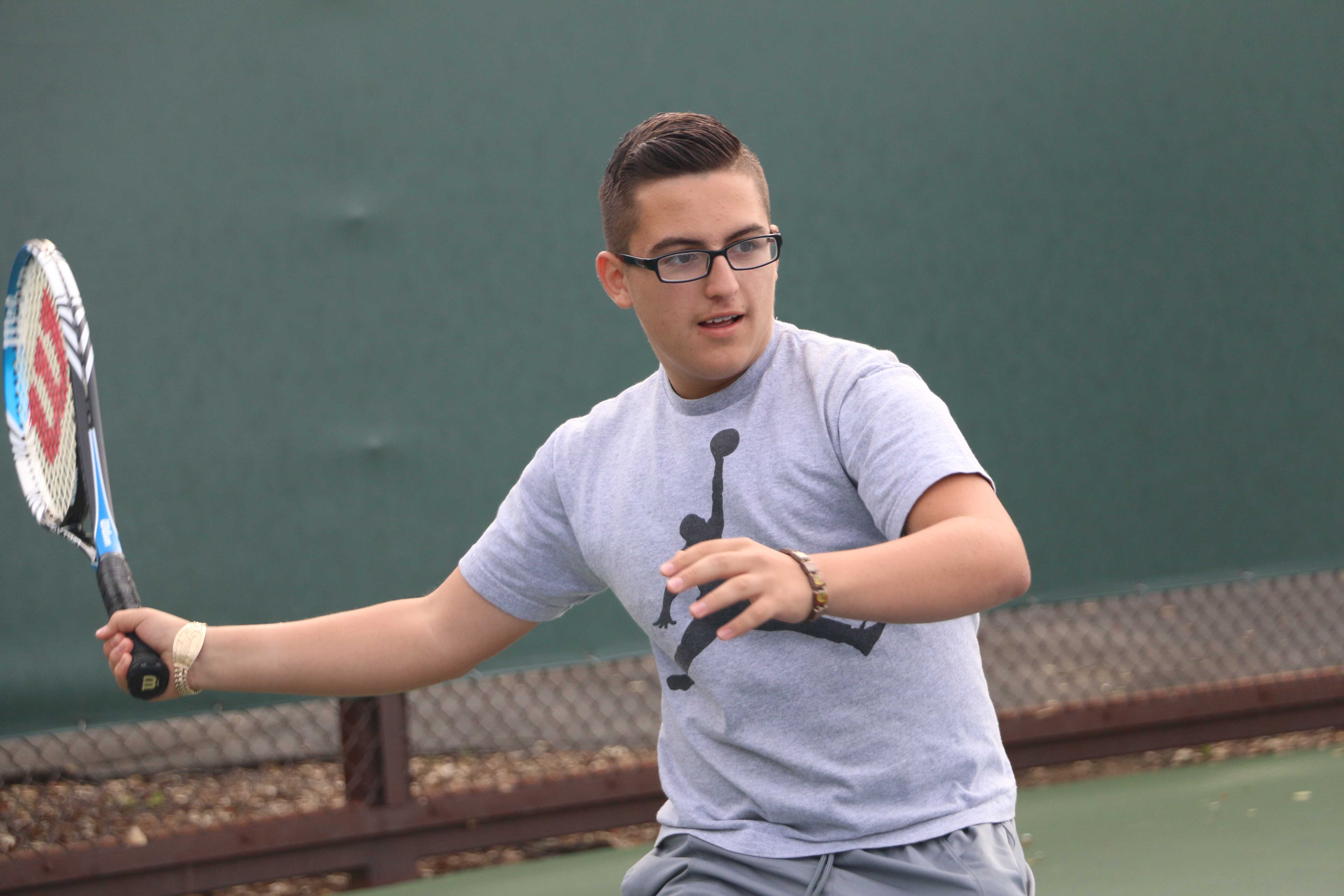 More than a Tutor and a Tutee

EPATT takes pride in having 120 students and 120 tutors, and assigns one student to each tutor every year. Owen Gonzalez, a freshman at Paly, has participated in other academic after school programs in the past but prefers EPATT’s more intensive, hands on approach.

Rivera, like many other students at EPATT, has made strong connections with his previous tutors. Not only were they his role models, but he says that over the course of each year they became his friends.

The EPATT tutoring program’s benefits are far from one-sided. For Matt Mahowald, a freshman at Stanford University, the process has been incredibly rewarding.

“Tutoring with EPATT has helped me develop a genuine passion for teaching,” Mahowald says.

In his high school years, Mahowald tutored sporadically, taking on individual tutoring sessions as his tutees needed him. Just six months after hearing about EPATT at an opportunity fair and joining the program as a tutor, Mahowald is now a part time employee of EPATT as the Elementary School Tutor Coordinator, the mentoring tutor in charge of the fourth and fifth graders in the program.

Part of his job includes developing the students’ independence as they begin their transition into middle school.

“Teachers are not holding students’ hands in middle school, … so we don’t want their tutors doing the same thing,” Mahowald says. To develop independence, Mahowald and the tutors emphasize skills such as organization — they check binders and backpacks weekly and encourage students to actively participate rather than follow along passively.

For 36-year-old Sean Kalsi, who has tutored at EPATT for the past four years, the experience is unlike any other in his tutoring background. Kalsi only previously tutored in college, and currently works at the Stanford Linear Accelerator Center.

“It [teaching] is also probably one of the reasons why I am here,” Kalsi says. “I do have an interest in teaching long term so … it kind of helps me test out whether I am an effective teacher.”

People are made of stories, not atoms. Lupe Talakai

Unlike the tutors recruited from Stanford, EPATT’s tennis coaches are all graduates of the program. Brothers Lupe Talakai and Vita Talakai have continued playing tennis since their days as EPATT students and now serve as coaches for the program.

Lupe knows there is a benefit to hiring EPATT alumni as coaches.

“We are minorities, we live in East Palo Alto, and so we already have that connection,” Lupe says. “If we were to hire someone from like a high-end tennis academy and bring them here to EPATT, they’ll have nothing in common with these kids. The kids will be like, ‘Who is this guy?’ It just won’t work.”

The coaches understand what the kids are going through because the troubles and worries of their students were once their own.

During his time as a participant in the program, Vita was kicked out after he repeatedly failed to turn in his report cards. However, upon graduating high school, he returned to EPATT in the hopes of influencing the lives of kids in the same situation in which he grew up.

As coaches, Lupe and Vita’s roles  transcend those of most tennis coaches. Given the kids’ limited tennis background, the coaches end up teaching a broader range of life skills that come with playing a competitive sport, such as problem-solving. While coaching intensive tennis skills becomes logistically difficult with only two hours twice a week, the coaches recognize that their goal is not to create professional tennis players, but to inspire a future generation.

“We are not going to produce the next [Roger] Federer [or] the next Serena Williams, so whatever [students] we get, we make the best,” Lupe says. For him, the most important messages he can teach the students are integrity and responsibility.

“Tennis is a one-on-one sport,” he says. “You can’t blame anyone else for your mistakes. You make a mistake, that’s you, you made it. Nobody else did.”

One thing is clear: under an example of success and excellence, through a tightknit community dedicated to sports and academics, EPATT is creating opportunities.