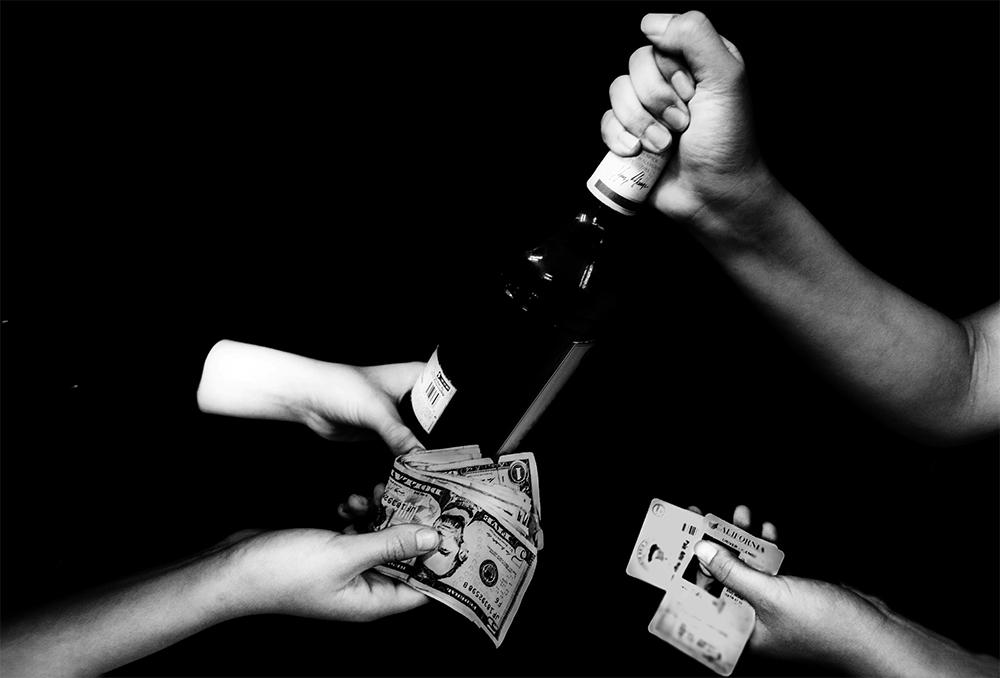 A crimson cursive sign reading “Ernie’s Liquors” brightens the dreary parking lot at 3870 El Camino Real. Every few minutes, cars pull up and customers walk in, only to come out minutes later, bags in hand.

In all their time at Palo Alto High School, most students will never set foot inside. But not Riley, a senior whose name has been changed to protect her identity, along with all other student sources. Riley holds the key to the racks of liquor that lie behind Ernie’s doors: a fake ID.

Riley is one of the 2.7 percent of Paly students who owns a fake ID, according to a survey of 182 students conducted by Verde.

[su_pullquote align=”right”]I’m not trying to be a dealer. I’m just helping people have fun or be less stressed. I like to make my customers happy.

At Paly, this new development has the potential to affect a large portion of the student body.

According to Verde’s survey, 25.3 percent of Paly students participate in underage drinking.

“If we want to do something fun, then we drink,” says Jamie, a senior.

These students turn to fake ID owners like Riley, who are often more than willing to sell them alcohol at a premium.

Riley, who doesn’t even have her driver’s license, regularly uses a fake ID to purchase alcohol, tobacco and smoking paraphernalia for fellow students.

Riley is well known on campus for her services. She can expect four to five messages on Fridays and Saturdays from students, many of whom she barely knows.

“I’m not trying to be a dealer,” Riley says. “I’m just helping people have fun or be less stressed. I like to make my customers happy.”

Since obtaining her fake ID last year, Riley has begun to make a profit from this pursuit. In a single weekend, Riley can make upwards of $70, often in a single trip, which far outweighs the $110 she initially spent on the ID.

“This is easy money” Riley says “I don’t have to work for it.”

Managers and cashiers at local liquor, convenience, and grocery stores know Riley as a Stanford student from the East Coast who comes in to buy mass quantities of alcohol for fraternity parties.

For Tony, a senior, Riley’s services provide him with an easy source of alcohol. When he and some of his close friends wanted alcohol at the last minute, he turned to Riley, whom he knew only by name. Shortly after messaging her, he drove her to Ernie’s.

For Tony, just being with Riley in the parking lot in front of Ernie’s was nerve-wracking, as he was aware of the potential consequences.

Under California Penal Code 470b, ownership of a fake ID could warrant misdemeanor charges, punishable by up to a year in prison or a $1000 fine. Those who use their fake IDs to deal alcohol, such as Riley, could face up to three years in state prison.

However, consequences do not deter dealers or make alcohol any less available. This is partly because many Palo Alto businesses have been fairly lenient towards fake IDs. Riley’s closest call happened at Ernie’s, where, despite memorizing the information on her fake ID, she could not provide her zipcode when asked. The cashier denied Riley alcohol but returned her ID and still sold her several lighters.

This instance is indicative of a greater lenience toward fake IDs in Palo Alto. According to PAPD School Resource Officer Dujuan Green, Fake IDs are not reported to the police as often as they would like. In fact, zero arrests or citations have been made for fake ID possession in the past year. If caught however, Green does not advocate for severe consequences for cooperative fake ID infractors.

“If it was me [discovering a fake ID], and someone came clean, I would walk back in, ask the clerk nicely for a refund, contact the parent and make it a teachable moment, and confiscate the ID card,” Green says.

Further reducing the deterrent of using a fake ID, students turned over to the police usually have a fair chance of escaping substantial consequences.

“As long as you haven’t done it before, it’s usually not too serious,” says Los Angeles-based DUI lawyer Jeff Yeh. “If you have a lawyer, most of the time you can get an infraction, which doesn’t go on your permanent record, or you can get the case dismissed.”

Despite the relative lack of legal ramifications for fake ID users and student drinkers, the health effects of underage drinking are detrimental. According to Paul Dunn, a social worker and former dean of the Menlo School, using fake IDs to buy alcohol is a harmful crutch for socializing.

“Fake IDs allow teens to formalize the process of getting alcohol, using it to socialize and hypothetically reduce stress,” Dunn says. “Clearly, there’s a challenge to that model of wellness.”

This challenge is delineated on the National Institute on Alcohol Abuse and Alcoholism’s website, which deplores how underage drinking is often regarded as a normal part of growing up, noting its high involvement in suicides.

PAPD hopes that the measures funded by the ABC grant can help combat this problem.

“This has been going on for decades in every community in America,”  says PAPD Public Affairs Manager Lt. Zachary Perron. “It is nothing new.  It happens in high schools, and it happens in colleges. By obtaining this grant, we hope to better educate employees of local restaurants, bars and stores that sell alcohol so that they know to check for valid identification. Punishment is not something with which the police department is concerned.” 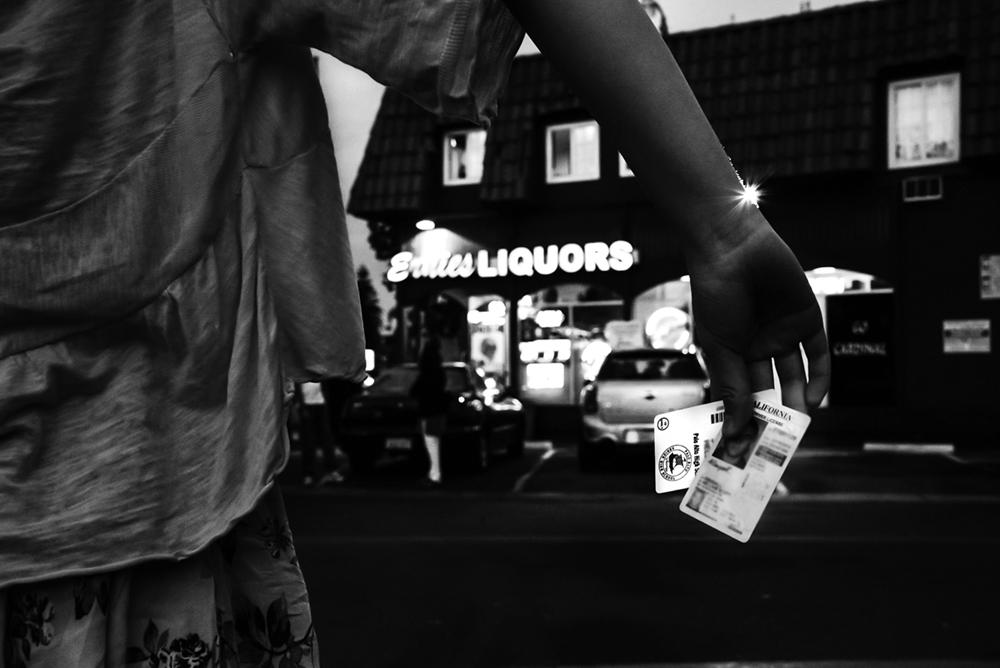 LIQUOR STORE. Some Paly students use fake IDs to purchase alcohol at liquor stores such as Ernie’s. These students could face up to a year in state prison for possesing fraudulent IDs.