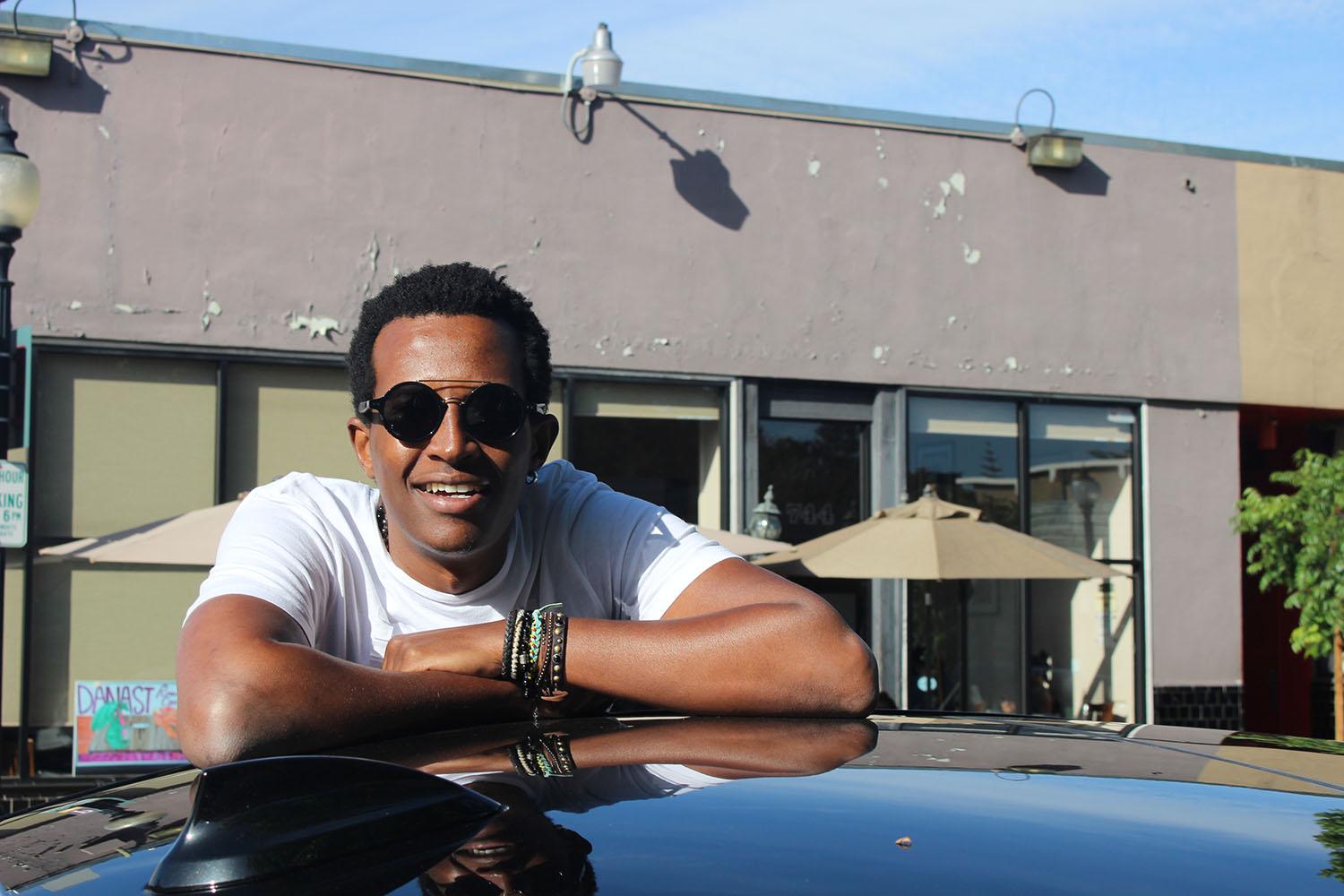 Dressed in a textured white shirt and black joggers, Joseph Ean Waitiki rolls down the window of his Uber-certified car, leaning across the center console to greet us. Ten minutes earlier, he was hesitant to be interviewed about his journey to becoming a driver for Uber, slightly puzzled by our unexpected request to ask him about his experiences. However, he calls back a few minutes later, eager to share his story, which began in 2006 when he immigrated from Kenya to the United States.

Waitiki moved to the Bay Area, a place he describes as having “the money [and] the people.” Sighing deeply in between sentences, Waitiki rushes through the story of his immigration to America.

“It’s different,” Waitiki says. “When you move to the United States from Africa, everything is big and grand and mesmerizing. It’s confusing. And mayonnaise, what’s mayonnaise?” he adds with a laugh.

“It’s different,” he repeats again, as he begins to tell the story of his initial goal to continue his education in America. “I came here to go to school; however, I could not translate my grades, so I had to go ahead and go to community college,” he says.

"You have to plant a seed. A seed of what you love to do, your passions, and that's what you go after.” Joseph Ean Waitiki, Uber driver

Waitiki’s brief explanations of his intentions to attend school are quickly replaced by motivational mantras by which he lives and that emphasize the significance of following one’s passions.

“You think everything is going to be structured, but no, you have to plant a seed,” he says. “A seed of what you love to do, your passions, and that’s what you go after.”

Ultimately, Waitiki’s journey to the United States allowed him to fulfill his lifelong passion of spreading music to the local community through his startup company Trifecta SF, an event-planning organization that hosts new artists and musicians, showcases local talent and supports charitable events.

“We are making it a mission of Trifecta to be able to connect San Francisco to Africa,” Waitiki says.

His part-time job as an Uber driver serves as an additional source of income that also provides him with free time to support his endeavors in entrepreneurship and business.

“Working a nine-to-five job does not allow me to spend as much time [because] my time is compromised,” Waitiki says. “It [becoming an Uber driver] freed up my time to focus on my passion.”

He highly recommends that other people, especially those who currently work minimum- wage jobs, investigate Uber driving as an alternate occupation. “You can have a lot of free time to pursue dreams that you have,” he says.

In Waitiki’s case, “dreams” refers to taking his passion of music into “the next chapter of [his] life,” he says. Since his immigration from Africa, his interest in music has taken him from being a DJ to starting a business — all that while developing new skills he hopes to pass on to future generations.

“In the next chapter of my life, I want to give this opportunity [of pursuing music] to the next generation because I know how to do it as an up-and-coming artist in this industry,” Waitiki says.

Waitiki’s final words of wisdom for aspiring entrepreneurs and students reinforce his life motto that passion and interest are crucial for success in any business. “Do what you love,” he says, pausing in between each word. “Every day, do something little towards a bigger picture.”