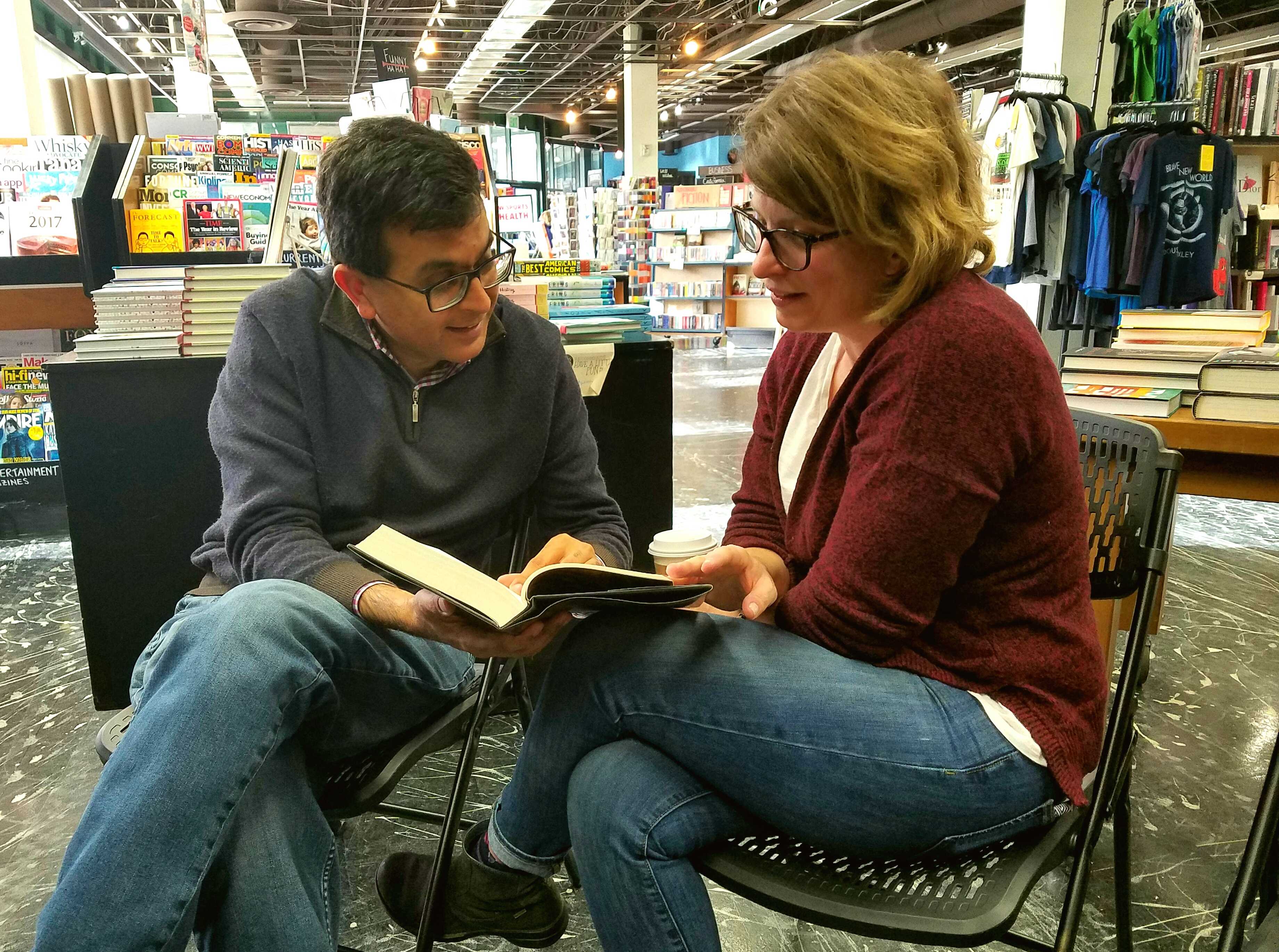 Turning The Page: The Role Of Bookstores In The Modern Age

Bookstores have been historically regarded as the center of the community — an environment conducive to freedom of expression where individuals congregate to exchange ideas and speak their minds. The evolving changes of this age and gravitation toward all things online have, however, created various challenges for bookstores the past few years — a majority have failed to triumph over or even compete with the rising popularity of ebooks and online retailers, according to the New York Times. As these essential hubs of activism and learning are placed in peril, their potential disappearance moves towards becoming a reality. Verde set out on a mission to investigate a few of the remaining bookstores of the community and their methods of survival in the digital age.

Bell’s Books, a modest, two-story institution previously named the College Book Company, was established from humble beginnings by Herbert Bell 80 years ago for a simple purpose: to supply college students with supplemental textbooks and survive in the Bay Area.

Today, the modest two-story building houses a whopping collection of 325,000 books ranging from first-edition signed copies of classics to stained historical encyclopedias, with another 50,000 stowed away in a nearby warehouse. 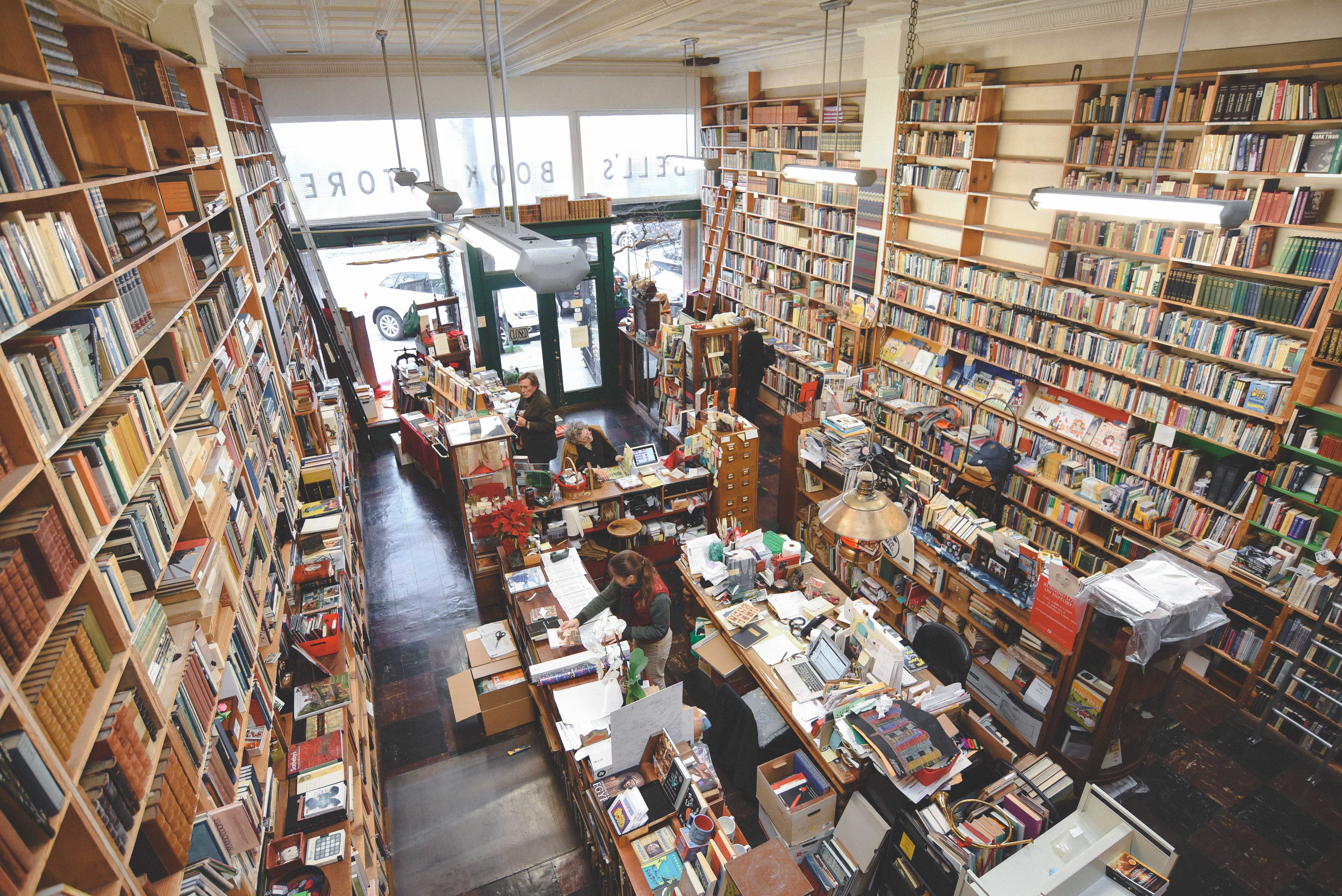 A balcony shot captures the scenery of the bookstore below. Photo by James Poe.

Confronted with the challenge of staying relevant in our digitally oriented society, Bell’s is conscious that the convenience and reduced cost of online shopping have resulted in bookstores’ declining sales. More and more customers now visit with the intention of window shopping — bookstores have, in essence, become museums.

“It’s interesting to me that people will come in and take pictures of the ISBNs on the books, and then order them from Amazon,” says Faith Bell, CEO of Bell’s. “And so we become basically a ‘showroom.’”

According to Bell, our society has often indulged in the experience of poring through palpable books, only to turn around and make the economically advantageous choice of ordering them online. But this comes with a cost.

“If they do that enough, there won’t be any place where they can walk around and [pick books up] and look at [them] and enjoy [them],” Bell says.

The Significance of a Book

Bell says that a book’s significance transcends the messages inscribed in text, elaborating that only pages can elicit emotions and recollections.

“If you want to have the experience of feeling and smelling a book that was given to you by your grandmother, you’ll never get that on a screen,” Bell says.

In addition to the memories evoked by personal connections, Bell regards past societal influence as an integral part of a book’s identity —  a book’s intricate backstory breathes life into the pages.

“In the lower shelf, [you will find] some books that are maybe 300 years old,” Bell says. “And when you think about all the people that have handled them … and had their lives influenced by them, I find that quite profound.”

The physicality of a book serves to “objectify” it, allowing readers to appreciate external attributes such as fine bindings, marbling and gilding, to the same extent that they enjoy the content, Bell says.

But regardless of the changes they have experienced through the centuries and society’s progression into the digital age, bookstores have remained a haven for free thinking.

“I think bookstores have always been, if not a hotbed of radical activity, very influential in the sharing of thoughts,” Bell says. “And that’s a role that I’m very proud to play in the community here.”

Kepler’s bookstore is a local establishment with deep roots in the Bay Area that has received global attention for its role in the development of print-based media. However, the institution has struggled in the 21st century, prompting multiple changes in its structure and ultimately, a change in Kepler’s vision for the future.

Founded in 1955 by Roy Kepler, Kepler’s bookstore began as an important center for activism in the Peninsula.

“He [Kepler] was a peace activist … part of several anti-war movements and protests and started Kepler’s as a form of community activism,” says Praveen Madan, CEO of Kepler’s.

It was through his vision that Kepler’s became a meeting spot for many creative individuals who have developed into famous musicians and activists, says Madan.

“Back in the 60s it was The Grateful Dead and Joan Baez that were hanging out here and holding impromptu salons, talking about political activism.” Madan says. “It was all very organic and grassroots.”

The store quickly rose to the political and technological forefront of its generation. As one of the primary leaders in the Bay Area of the paperback revolution of the 50s and 60s, Kepler’s assisted in distributing cheaper, paperback books to the masses.

After the business was handed off to in

the 80s to Kepler’s son, Clark Kepler, the store developed into a more formal system of outreach programs, centered around the objective of delivering books and other re-

sources to the surrounding community.

Down, But Not Out 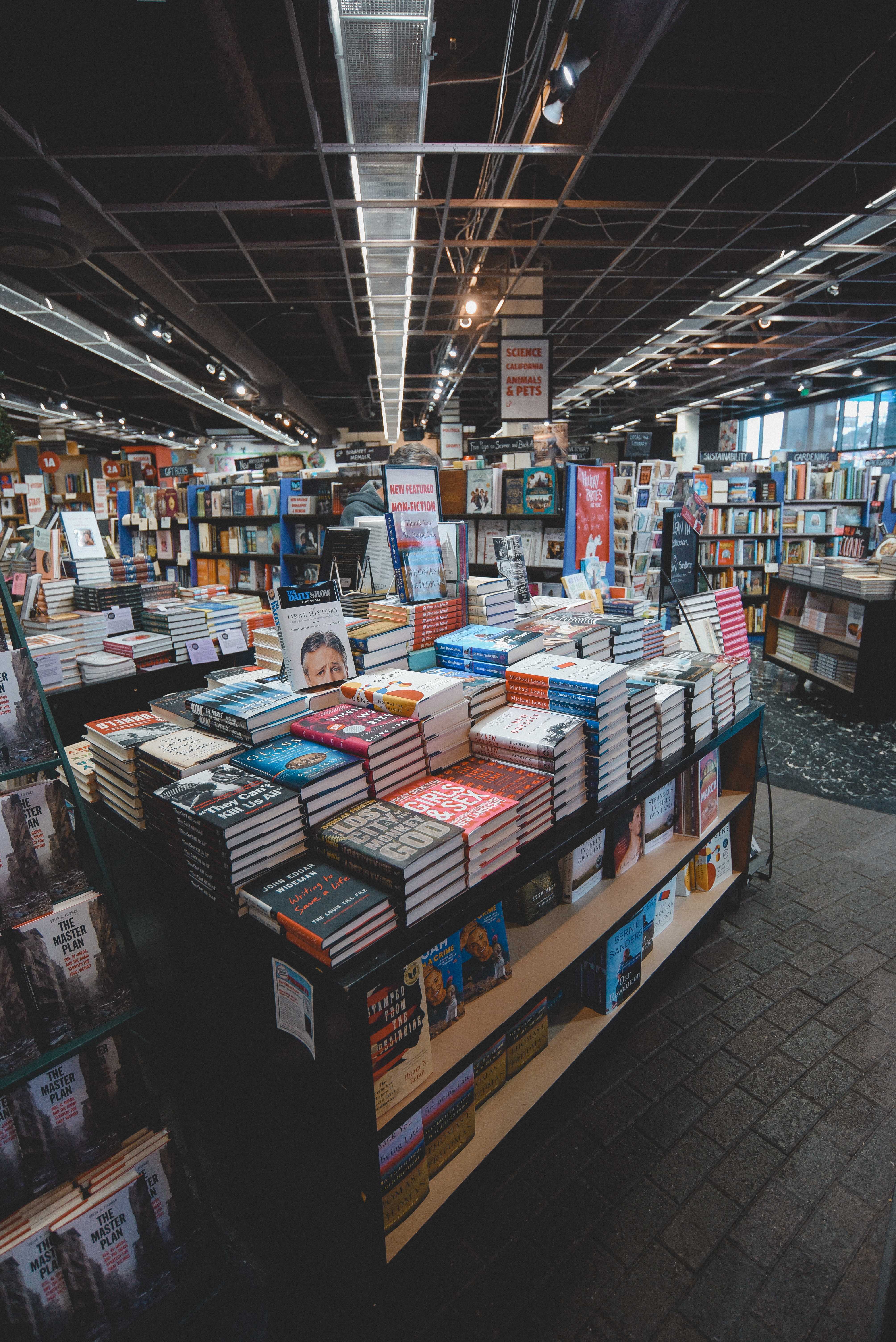 Stacks of books at Kepler’s bookstore. Photo by James Poe.

The dawn of the new millennium illuminated new trials for Kepler’s. The expanding use of the Internet had rendered Kepler’s economic model nonviable — in August of 2005, the store closed.

“One day people … saw a sign that said Kepler’s was closed,” Madan says. “And within 30
days, the community rallied by itself. School buses full of kids started to show up at the plaza; rallies started around Menlo Park. The mayor formed a task force and started beating up the landlords.”

In the end, the community came together, raising money to form a board of directors and rework the business model. While this served to revive the store, the decline continued — in 2011, the store found itself again in peril. But the community united once more and developed a strategy to lift the bookstore out of its recession.

Following the failure of their capitalistic business model and the community’s support for the historic establishment, Kepler’s new policy is to focus on a social mission —  a communal undertaking that targets public literacy and education.

“We think this is really a worthy social mission — to make people readers, to make them realize the value of concentrated long-form reading as a way to learn new perspectives,” Madan says.

Part of the transition to a more ideological business policy has been the formation of a nonprofit organization, Kepler’s Literary Foundation. This organization creates over 200 programs a year and brings in top historians, writers, photographers and intellectuals to speak to the community, targeting the underserved and underprivileged. According to Madan, the foundation is especially important, because companies like Amazon are working to dominate the literary market.