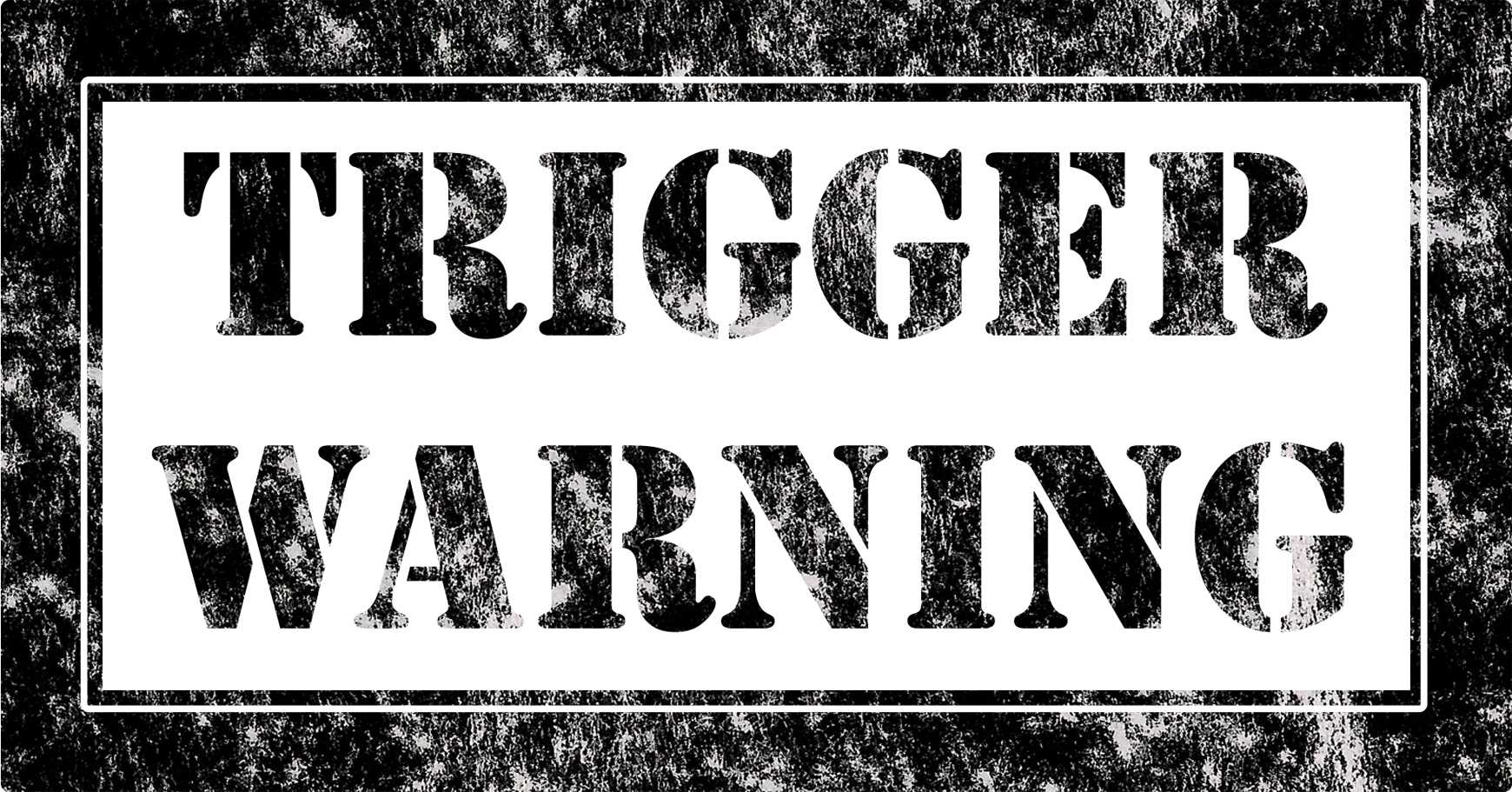 When Palo Alto High School history teacher Steve Foug played a video about the events of Sept. 11, 2001 in class, he was unprepared for the shocked reaction it received from students. Foug had watched the video, which went into vivid detail while describing the events, at home. He had been emotionally moved by the video, so he decided to show it to his students in class. However, he neglected to give the video sufficient context given that these students were old enough to remember 9/11.

“I was in a rush at the end of the year. I just played it and it was terrible,” Foug says. “Some kids could handle it, but others were visibly upset about it, and I got a response from the student body.”

While most of the debates surrounding trigger warnings relate to college students, according to Foug, trigger warnings can also involve high school students and typically precede footage of wars and other tragedies that might hit home with students.

In the past, Foug has even seen students place trigger warnings on presentations without his prompting. A few years ago, students included a warning on a presentation about suicide rates in Asia.

“Seeing students [trigger warn], that reminded me to be more conscientious of it,” Foug says.  “In the past it’s been kind of hit or miss.”

Foug’s experience playing the 9/11 video, among others, serves as a reminder to place those warnings on potentially sensitive topics; however, he admits that he is not necessarily consistent about those warnings, and that it can be hard to find the line between being appropriate and being overly sensitive.

“Sometimes there are things, in my judgement, that I don’t think need to be a warning, that maybe are [worthy of warning] these days,” Foug says. “Especially in recent years, you want to make sure that people are mentally prepared for it.”

Rachel Price, a senior and co-editor in chief of Haven, Paly’s social justice magazine, thinks that trigger warnings are essential.

“For those who have had distressing experiences and who can be distressed by certain material, it is very difficult to avoid that material,” Price says. “It is our job as the promoters and platform of that material to give those people peace of mind and safety by letting them choose to view it or not.”

Though trigger warnings have been given much media attention lately, very little of that attention has been in favor of warning. The arguments against trigger warnings, as summed up in a Sept. 2015 article in The Atlantic, state that issuing warnings causes harm to students by shielding them from real world events.

Many of these articles blame the prevalence of social media and a mindset of excessive political correctness as the cause of trigger warnings. In an article published on Vox called “I’m a liberal professor, and my liberal students terrify me,” The professor, who used a pseudonym for fear of backlash, explained that he adjusted his curriculum to avoid getting complaints from students. According to the anonymous professor,  a student filed a formal complaint against his curriculum in 2009, claiming that the curriculum was “one-sided.”

People are made of stories, not atoms. History teacher Steve Foug

In his classroom experience, Foug agrees that sometimes it is necessary to show hard-to-handle content, but he also cautions against teaching content to simply scare students.

“There’s that level of . . . exposure. Not shock value, but exposure,” Foug says. “In seeing these things, it’s not to sensationalize, but it’s for an understanding of how something like that can happen, humans treating each other like that, you have to understand what the results were.”

The Language of Triggers

The term “trigger warning” itself is one fraught with political tension. To junior Sherwin Amsbaugh, trigger warnings only refer to topics that will offend a small part of the population, but he still believes that trigger warnings should happen in a school environment.

“I feel like a trigger warning is when someone says something somewhat controversial that will offend a specific group of people, but it’s a very small group of people,” Amsbaugh says. “In a school environment, I think teachers do need to be conscientious of that kind of stuff.”

“Political correctness is similar to trigger warnings in that it is basically keeping all when you speak, you speak in a way that you are offending practically nobody,” Amsbaugh says.

Senior Ariya Momeny, co-editor-in-chief of Haven, has a slightly different definition of the term.

Foug sees trigger warnings as being about an image or description of content that may upset the viewer, rather than being around an uncomfortable topic in general.

Teachers, students and journalists all define trigger warning sdifferently; the term itself has a case-by-case definition that can mean different things in different contexts.

Because of the multifaceted meanings of the term, Foug refrains from using the specfic term “trigger warning” in his class when he warns his students about upcoming content, but simply issues the warning.

“I don’t want to whitewash all these things they show, issues of modern day history or government,” Foug says. “You have to see what’s being done. There is validity in seeing these images.”

Given the politically charged nature of discussions about trigger warnings, the term itself has taken on a meaning beyond the literal “warning.” However, Momeny cautions that the meaning of trigger warnings varies from person to person.

“I think it’s just the way that you define it and you express it to other people,” Momeny says. “Trigger warnings, in my opinion, they don’t have a negative connotation, but to other people they might.”

“A part of journalism is that some people will be mad with your opinion and that is something that just people have to deal with.” Momeny says. “It’s a gauge of the audience themselves.There should be trigger warnings, but I think that being too politically correct takes away from the entire process itself.”