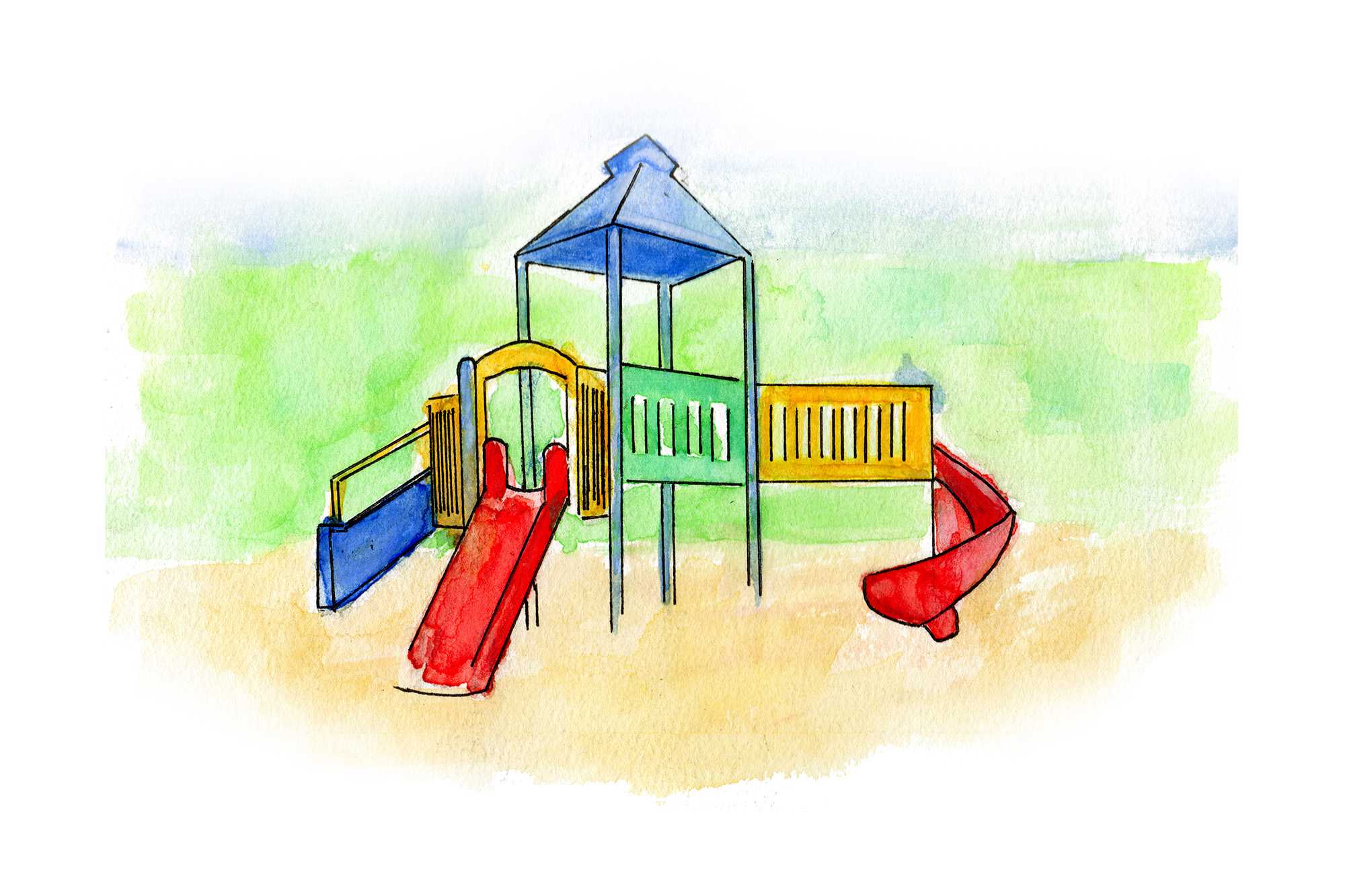 To play or not to play? Teenagers need play structures too

A lot of things happen when you try to go down a slide at the playground. You have to avoid the children in front of you, beware of being hit by the children behind you, and also somehow get down in the coolest way possible — even if sliding head first, belly-down costs you a few drops of blood and a slide-burn.

I used to climb up and slide down a slide every day. At recess, at lunch, after school — all the time. But as I grew older, there were fewer screams and more screens. Part of the reason for this decline in sliding was simply the absence of slides.

In elementary school they were plentiful; double slides, single slides, windy slides, all surrounded by various climbing structures and swings. In middle school, we  simply had grass, and not enough time to eat, let alone play.

Merriam-Webster includes children in its definition of play, and traditionally playgrounds  aim to fit this description — they’re littered around elementary schools and public parks intended for children.

But in recent years, New York, Toronto, and cities in the UK have begun to construct adult playgrounds; Thailand and Germany now have playstructures for the elderly in hopes of combating dementia and other aging conditions.

However, while young children and adults alike have been catered to, a large percentage of the world’s population has yet to have structures built specifically with its demographic in mind: teens.

As I grew older, there were fewer screams and more screens.

The “play” needs of teens can arguably be met by adult playgrounds. However, in a society where teens traditionally spend seven to eight hours a day in school, doesn’t it make sense to provide readily accessible playgrounds in middle and high schools?

Beyond being fun, the benefits of play are numerous, and while play does not necessarily need a structure to happen, playgrounds facilitate social interactions and encourage imaginative play.

Hilary McDaniel, the Early Child Development teacher at Paly, agrees that play has many benefits.

“It [play] is the most effective way for them [kids] to interact with their environments and learn things like cause and effect and develop their gross and fine motor skills,” McDaniel says.

While McDaniel could only speak to the benefits of play in young children, she believes that if middle and high schools were to adopt playgrounds, students should take initiative in designing the structures.

“I mean honestly … I think that could be a wonderful project for someone in one of the AAR classes … to do that type of research so not only would you get the benefits of having a playground, but you would really do the research into why that would be cool, and what features could you do,” McDaniel says.

While we are already lucky to have the Magical Bridge Playground, which caters to children, those with special needs, and adults all at once, having accessible, mind-exercising structures in high schools will make it easier for students to reap the benefits of playgrounds and play.

In addition, play may have connections with mental health. In the American Journal of Play, Peter Gray notes a that the decline in play is correlated with a rise in mental health disorders among adolescents.

According to Gray, as children grow older, their motivations become more extrinsic than intrinsic; according to a study done by the International Journal of Academic Research in Business and Social Sciences in 2013, intrinsic motivation is highly correlated with an increase in happiness.

In a study conducted by author and psychologist David Elkind in 2008, children at the time of the study spent eight fewer hours playing each week than children two decades earlier. As children forget how to play, they lose the ability to feel in control of their lives, and lose opportunities to practice solving conflict in a controlled environment. Gray says that this contributes to an increase in the chances of anxiety and depression in adolescents.

While playgrounds are in no way a solution to mental health issues, in a town that has struggled with mental health problems, the presence of these structures can do nothing but help. And if students have a say in design, I believe playgrounds could facilitate out-of-classroom learning.

After all, as one Albert Einstein said, “Play is the highest form of research.”