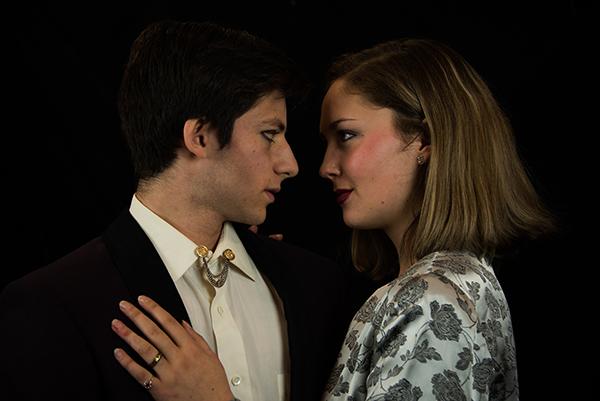 Traditionally, “Macbeth” is the final performance before a theater closes, according to assistant director and sophomore Alexandra Dinu. Although the Haymarket is not permanently closing, future productions will take place in the Performing Arts Center, which is set to open its doors this October, according to Assistant Principal Jerry Berkson.

According to director Kathleen Woods, in Paly’s adaptation of the play, actors will be portraying the original tragedy through a modern representation. For instance, the witches chant to a hip hop beat.

“Macbeth is such a strong, dramatic piece,” Woods said. “It has famous and wonderful language … used to tell a story that still resonates today.”

Senior Ophir Sneh, who is playing the role of Macbeth, says audience members will enjoy the play’s dynamic characters.

“Everyone can look forward to some great ensemble parts as well as one-on-one [scenes] with Macbeth and Lady Macbeth,” Sneh said.

Other highlights include stage combat and blood scenes. Marc LeClerc, a Paly alum and professional in stage combat, visited from LA to work with actors on fighting scenes, according to Dinu.  According to Woods, actors have spent at least 11 hours choreographing the stage combat scenes to make them look realistic.