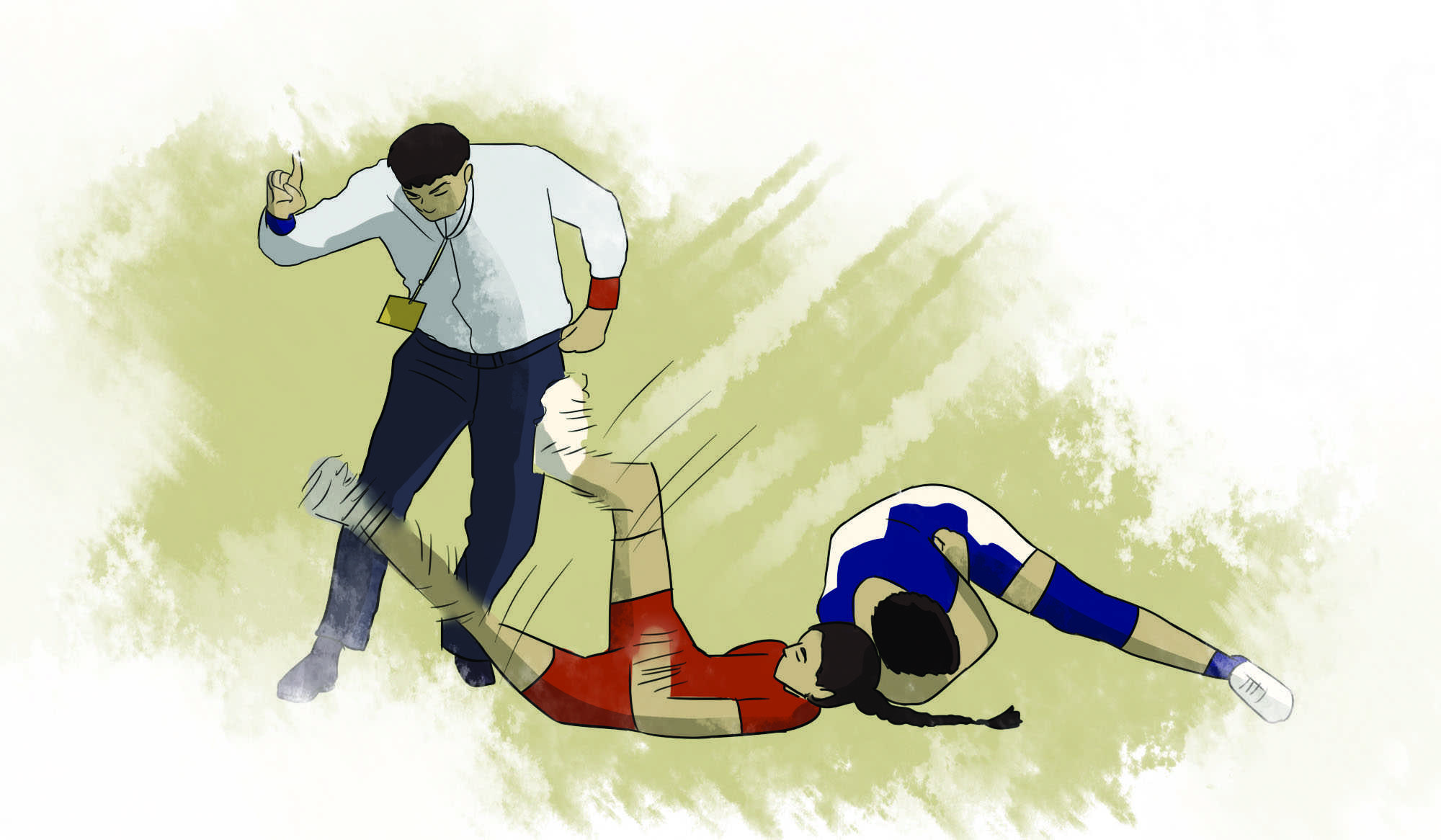 The World Through Film: Three Perspectives into Three Cultures

The empowerment of women through sports, political corruption in the midst of a national disaster and teenage love in a split nation — all are subjects that act as critical lenses into different cultures when featured in international movies. In our interconnected world, it is important to keep an open mind of the cultures that make up the world. Watching movies from varied cultures provides an easy way to learn about the ways and habits of vastly different societies, from India to Israel to Korea. Verde reviewed some recently released international movies.

“Dangal” (2016), directed by Nitesh Tiwari, is a biographical sports film about two Indian women who overcome prejudice to become world-champion wrestlers. After national wrestling champion Mahavir Singh Phogat (Aamir Khan) can’t fulfill his dream of wrestling on an international scale, he trains his daughters, Geeta (Fatima Shaikh) and Babita (Sanya Malhotra) instead. After many road bumps, Geeta becomes the first Indian woman to win a gold medal at the 2010 Commonwealth Games for wrestling.

Though it’s nearly three hours long, “Dangal” flies by in a whirlwind of female empowerment and strong acting.

The catchy musical score engages the watcher at all the right times. Aside from its solid plot, “Dangal” also addresses the treatment of females in socioeconomically disadvantaged places. In the movie, Mahavir gives his daughters the opportunity to grow up as more than mothers and wives, they become world-renowned athletes. This is a unique message for the Indian media to promote, as it is not often seen in Indian movies.

“Dangal” is also one of the most realistic portrayals of India. Mahavir, who ardently claims that only boys can wrestle and be strong, is a typical portrayal of most men in small town India. As Mahavir transitions  into the ultimate feminist, he shows the important issues often seen in every day Indian society, and demonstrates how to overcome gender barriers.

The movie also does an incredible job of depicting the struggles of women athletes, in a place where sports is often not considered a feasible profession.

As someone with a lot of extended family in India and having experienced the society there firsthand, I related to a lot of the scenes in the movie where boys were inadvertently favored over girls. Until the girls proved to be exceptional, nobody looked at them twice. Meanwhile, mediocre boys were given all the encouragement needed to succeed.

I really appreciated how the movie highlighted several of these themes of feminism  while not being too overbearing on people in India  who are more hesitant to accept a changing society.

With its exceptional acting, strong plot and feel good music, “Dangal” is the whole package. It’ll makes you feel the whole spectrum of emotions, from laughter to tears. For everyone looking to better understand Indian Society and women in India, “Dangal” is a must watch. 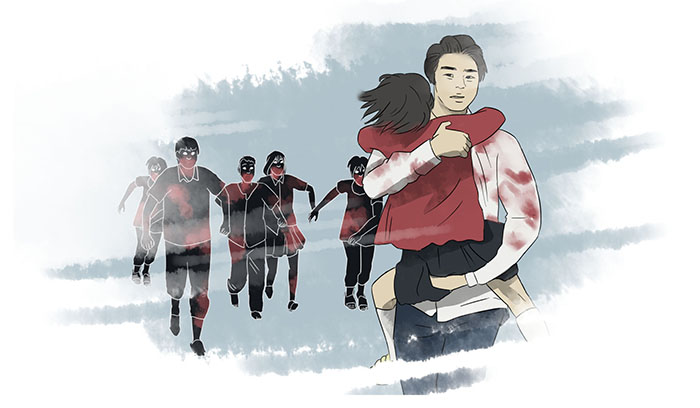 “Train to Busan” (2016) is a macabre zombie horror-thriller that follows a group of terrified passengers as they fight their way through a zombie pandemic while trapped on a gruesome train ride to the southern Korean city of Busan. The plot was well-paced, though the characters lacked originality and fell into tropes. The protagonist, Seok-Woo (Gong-Yoo), played the classic Korean businessman who’s too busy for his kid, and a wealthy but self-centered CEO named Yon-Suk (Eui-Sung Kim), who served as another stereotype in Korean films. Nevertheless, I still found myself rooting for him as he ran through zombie-infested train stations with his daughter, Soo-an (Soo-an Kim).

Beyond nail-biting action, “Train to Busan” also provides critiques of modern Korean society, and particularly of the government’s lack of action during crises.

The film blames the apathy of businessmen and large corporations for the increasing death toll of the train’s passengers while the government plays virtually no role in helping people survive, and is thought to be covering up the truth with assistance from the media. Rather than think for themselves and aid regular passengers, the train attendants follow the orders of businessmen, ultimately leading tothe death of many people.

This underlying story of Korean society is reminiscent of the Sewol Ferry disaster when the media fed false information to the public and in how the tragedy was caused by corporate greed. “Train to Busan” could be seen as a greater critique of humanity, but its connections to modern Korean events provide a lense into Korea’s prioritization of service to the rich and powerful. 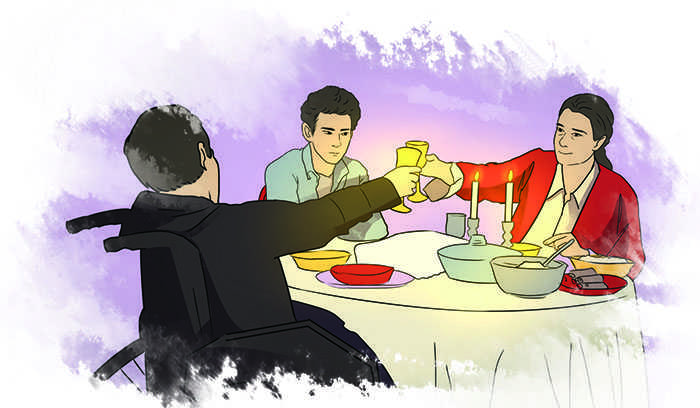 “My father is a terrorist,” announces young Eyad (Razi Gabareen) to his class in broken Hebrew. In actuality, his father is merely a fruit picker, but a public demonstration against the Israeli government branded Eyad’s father with the label “terrorist” in a prominent Israeli newspaper.

“A Borrowed Identity” (2015) perfectly captures Israel’s volatile political climate and the two contrasting worlds that reside within the nation’s borders. Initially a semi-autobiographical book written by renowned Palestinian journalist Saayed Kashua, “A Borrowed Identity” has received a multitude of awards for its message of the importance of merging cultures in the face of social opposition.

The plotline follows Eyad, an intelligent Palestinian boy from a poor Arab town’s journey attending a primarily Jewish boarding school in Jerusalem and his experiences growing up, falling in love and inevitably assimilating in a country where he is considered the enemy.

I was shocked by the film. As a Jewish-Israeli teen, I have always recognized a strong degree of inequality between Arabs and Jews in Israel — the message of the movie is nothing new. However, being able to visualize and experience Eyad’s story alongside him has provided me with an empathetic insight towards others in Israel that I have missed my entire life.

After watching this film my perspective on Israel has not massively shifted — the Israeli-Palestinian conflict is far more complex than a multi-dimensional Romeo and Juliet story. However, more than ever before I feel empowered to deepen my understanding of 20.8 percent of Israel’s population and strive to gain a better insight to all aspects of the Israeli story.