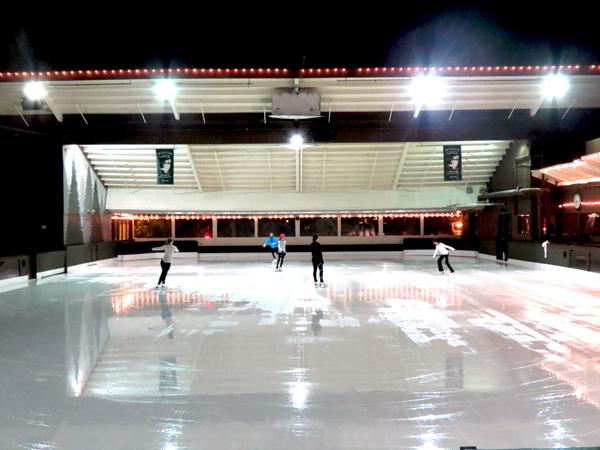 The Winter Lodge is the first and only permanent outdoor ice skating rink west of the Sierra Nevadas.

Ice skating at the Winter Lodge evokes memories of winters past, of stumbling around the large rectangular outdoor rink, struggling to stay upright. Friends and classmates laugh and play as they share in the innocent winter fun that the rink delivers. Everything about the lodge — the fake snow, holiday music, hot cocoa, warm fireplace and most obviously the ice rink — transports skaters from Palo Alto to a cozy winter wonderland.

Located at 3009 Middlefield Road in midtown and established in 1956, the Winter Lodge offers both recreational and formal skating opportunities for both children and adults. It is the first and only permanent outdoor ice skating rink west of the Sierra Nevadas.

“I love how friendly and welcoming everyone is,” Ben-Efraim says. “All the coaches really just encourage you to be your best. It’s not about beating anyone else at the rink.” 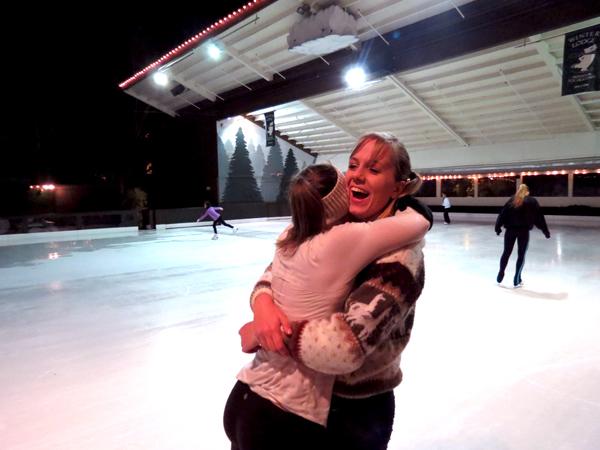 Junior Maya-Ben Efraim and Senior Angela Pomeroy laugh and embrace upon seeing each other at the rink for Sunday night practice.

“Ice skating has a reputation for being very [catty],” Goyal says. “It [the skating world] can get very intense, but here at the Winter Lodge, since it’s a non-competitive rink, you can still skate [at an advanced level], but the atmosphere is completely different. At practice we help each other out instead of glaring at each other.”

Eighteen girls, including Ben-Efraim, Goyal and several other Paly students, make up the Winter Lodge’s elite drill team, the Icettes. They practice and perform together, and since most have been part of the team since elementary school, they have grown up together. They have two performances each skating season, which lasts from September to April.

As the diverse group of skaters twirls and jumps on the glistening ice with flushed cheeks and wide smiles, it becomes apparent that the rink is a second home to its dedicated skaters.

“Everyone there really cares so much for everybody else and for their improvement and enjoyment of the sport,” Ben-Efraim says. “It really gives us a true winter that we would otherwise not have.” 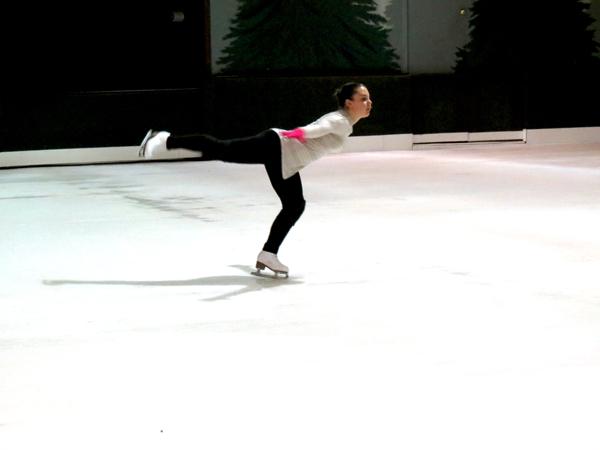 Junior Maya Ben-Efraim performs an arabesque on the outdoor ice skating rink at the Winter Lodge.

Ben-Efraim is one of the rink’s most established skaters, as she is currently the only skater at the rink to compete in the International Skating Institute-administered freestyle test. The ISI is a nonprofit organization that aims to encourage recreational participation in ice skating by not judging skaters in competition with each other.

This non-competitive system fits with the mission of the Winter Lodge to create a welcoming environment for skaters of all ages and skill levels.

Many of the Icettes have put their skating talent to good use by teaching and working at the Winter Lodge. 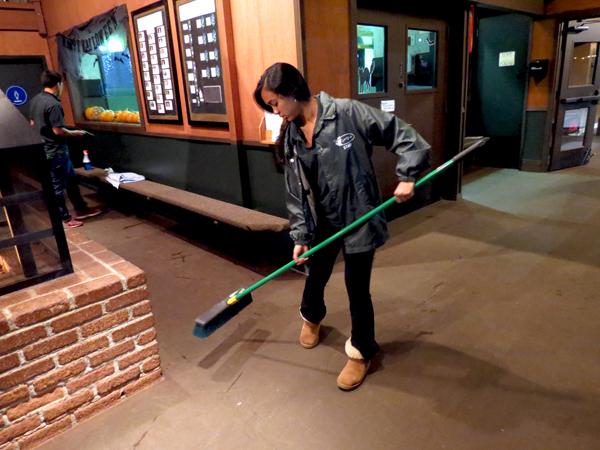 Junior Sabrina Goyal cleans up after the Winter Lodge closes to the public.

“Everybody working there has affected me so much and helped me so much over the years that I was excited to pay back the favor,” says Ben-Efraim, who began working three years ago. “I can still remember when I was five or six and my class assistant was such a role model to me, so I was excited to be a role model to little girls learning to skate now.”

Junior Jose Llanes is now in his second season working at the rink. Unlike Ben-Efraim and Goyal, Llanes works without any previous experience in skating.

“It’s not that hard of a first job, but it shows you responsibility and time management,” Llanes says, whose duties include general housekeeping, skate rental and organization. 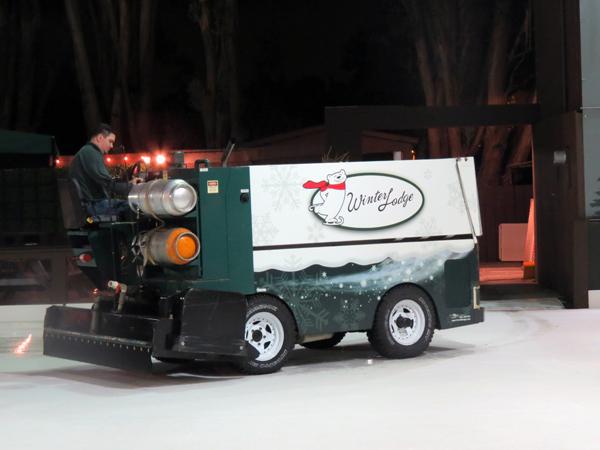 Manager Matthew McCoy polishes the ice with a Zamboni.

Matthew McCoy, a manager at the Winter Lodge and Paly alum, has worked at the lodge for 14 years. He sees the old-style rink as a tradition that brings the Palo Alto community together and serves as a static organization in the otherwise rapidly evolving Silicon Valley. McCoy began working at the rink when he was 15 years old, and now his own children take skating lessons.

“It’s old Palo Alto,” McCoy says. “It’s like a landmark. Not a lot has changed, and we like to keep it that way. It just kind of fits.”