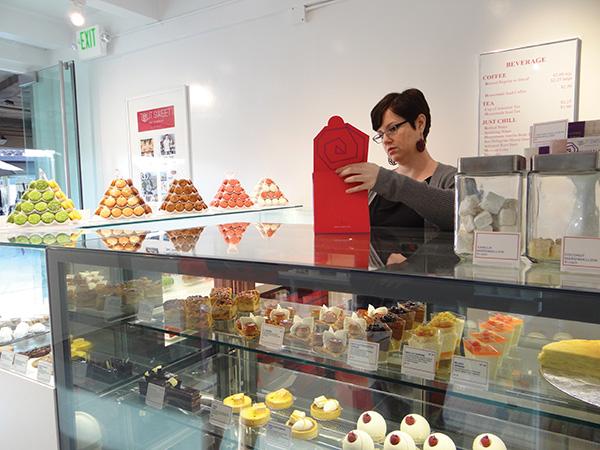 Hearts on a string chocolate and orange shortbread cookies hang in bunches from the branches of a small tree growing from a container holding tri-color sugar. Maui Wowie Dog treats, consisting mainly of carrots, bacon and peanut butter sit on a shelf amongst rows and rows of goods. Rainbow macaron pyramids decorate the white walls of the store, which gives the appearance of a blank canvas splashed with colorful paint.

Nestled between Sushi House and Belcampo Meat Co. at Town and Country Village is Tout Sweet Patisserie, a new pastry shop offering a variety of colorful — in both sight and taste —desserts.

Every morning, the pristine white store owned by Yigit Pura, Meme Pederson and Janet Griggs receives new desserts created by Pura, a resident of San Francisco and the winner of the first season of “Top Chef: Just Desserts.”

Genna Verderame, a Tout Sweet Patisserie employee who has worked in the store for around three weeks, notes how Pura’s presence seems to diffuse through his desserts into the shop.

“I think it’s just amazing how much goes into each and every one of them [the desserts],” Verderame says. “There’s so much care and so much thought that went into everything, and you can really feel it just when you walk in by looking at all the colors and all the packaging.”

Pastries are made 24 hours a day in a bakery in San Francisco, where Pura teaches helpers how to make his creations. Pura spends a significant amount of time in the kitchens as well, where pastries such as macarons take four or more days to make. Palo Alto store manager Brandi Davis explains the long process that goes into making a macaron: Three containers of eggs are separated and left to sit before being made into the shells, which also have to sit. A baker makes the filling and hands it off to others who fill the shells and send them off as finished macarons. New pastries are sent each day to the Palo Alto location, the second of the Tout Sweet Patisserie chain.

“It’s not like you make one item start-to-finish every day,” Davis says. “You do steps on everything until it all comes together at the end so that everything is a fresh as it can possibly be when it gets delivered to the stores.”

Verderame describes how Pura infuses his own ideas into traditional desserts, using his Tesla flavor as an example.

“It’s [the Tesla flavor is] like a passion fruit mixture, and it’s supposed to create a sense of the electricity in your mouth,” Verderame says. “Overall, he [Pura] just kind of puts a spin on traditional desserts and makes them his own.”

For another example, take the Hot Lips cake, shaped in a pair of bright red lips eponymous to its name. The unique items of the patisserie seem to draw customers into the shop.

“You’re happy coming in here and buying sweets,” says Meme Pederson, one of the three owners. “I like talking to people about our pastries … what we do is different than you know I think a lot of patisseries, or a lot of pastry shops, like you know the hot lips — I don’t think anybody else is selling those. So they [customers] want to know what’s in it, [and] what it tastes like.”

Palo Alto High School senior Kylie Wilson appreciates the friendly employees at Tout Sweet, who draw in the customers just as much as the actual desserts.

“She’s [Pederson] really nice and she’s always like, ‘Oh, look at this, you might really like this’ and they have samples,” Wilson says. “The first time I wasn’t planning on buying anything, but she was so nice [that] I bought something.”

Wilson ate a Guittard Chocolate Chunk cookie at her first visit and was surprised by the balancing act of flavors.

“I normally hate chocolate with salt, but the salt wasn’t overdone,” Wilson says. “The edges were crispy, and it was really thin, but it was also soft at the same time, and it was like a good size for the price.”

If customers happen to come across Tout Sweet Patisserie, they will not be disappointed. The brightly colored pastries foreshadow a bright palate.

“I ended up just falling in love with it right when I walked in,” employee Verderame says. 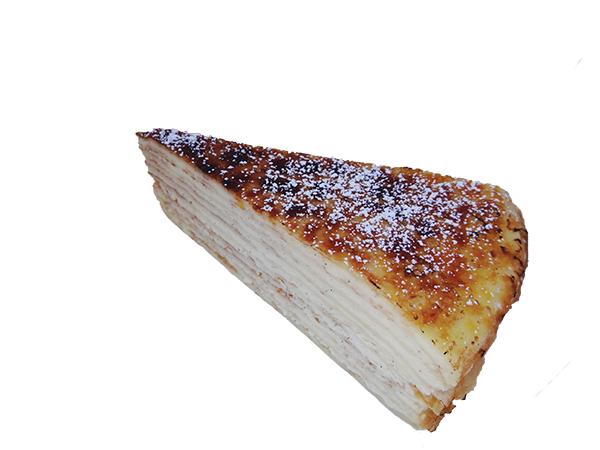 Made with bruleed sugar, vanilla bean and orange flower-scented custard, this one-of-a kind dessert is sprinkled with sugar and blowtorched right before it is served. It is creamier and heavier than your average crepe, with more than eight layers of crepes and custard, which makes it hard to eat in one piece. The crepe is not bland, but it is also neither sweet nor savory. 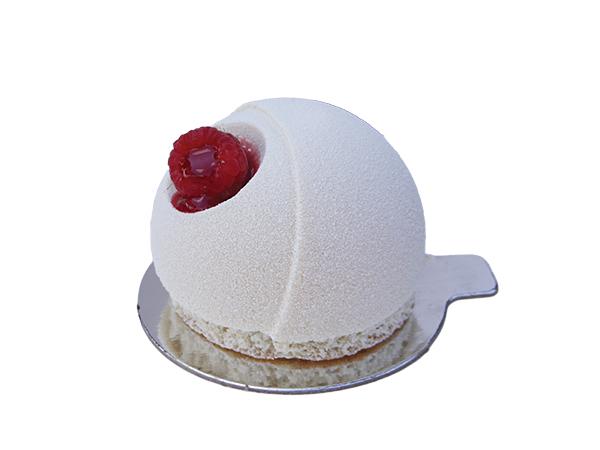 A vanilla bean cake with white chocolate mousse on top that resembles an ice cream scoop, it is sprayed with cocoa butter and garnished with a raspberry. As the eater delves deeper into the center, they will find a nice surprise of raspberry cream. The crispy pearls add flavor and a subtle texture to the piece, which is sweet and sits smoothly on the tongue. The cake is a little dry, and the raspberry is a little sour, but the combination of the white chocolate and raspberry mousse conceals the dry cake and compliments it nicely to produce a deft blending of flavors. 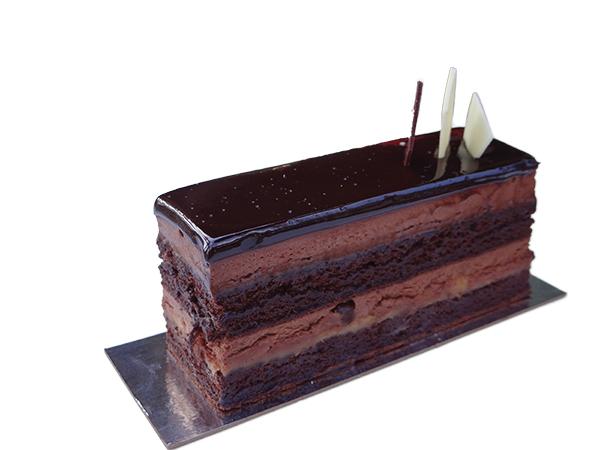 This cake, which Yigit Pura used to win Top Chef, is very rich and a must try for chocolate lovers. The layer of liquid chocolate on top makes the whole cake very satisfying, and while the flourless dessert could be a little more moist, once again it is not as noticeable due to the ample amount of chocolate mousse layers. 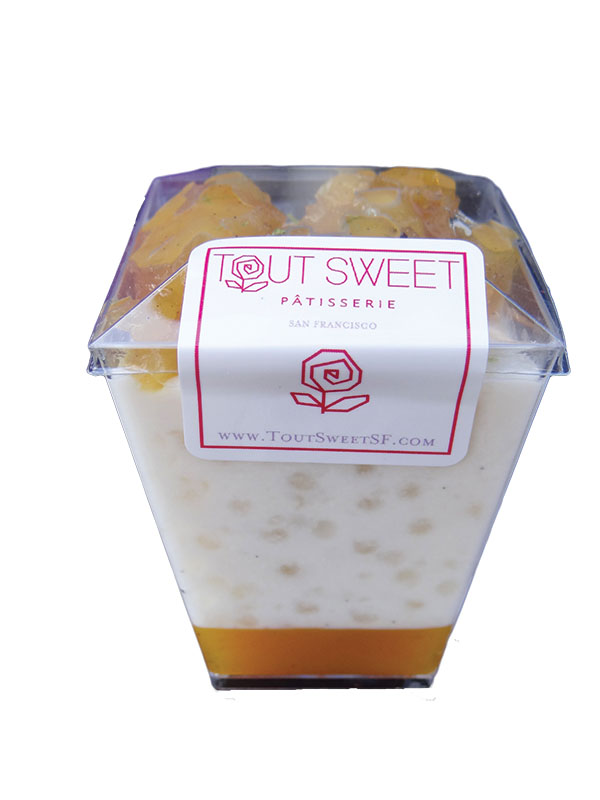 This dessert is a confection of layered parfaits with a thick bottom layer of passionfruit and mango gelee, which adds a nice tangy note to the overall dessert. The main part is a coconut tapioca layer, a sweet but strangely textured combination that detracts from the overall fusion of flavors. The two flavors are topped with a small piece of slightly dry flourless coconut cake and sweet caramelized pineapples. 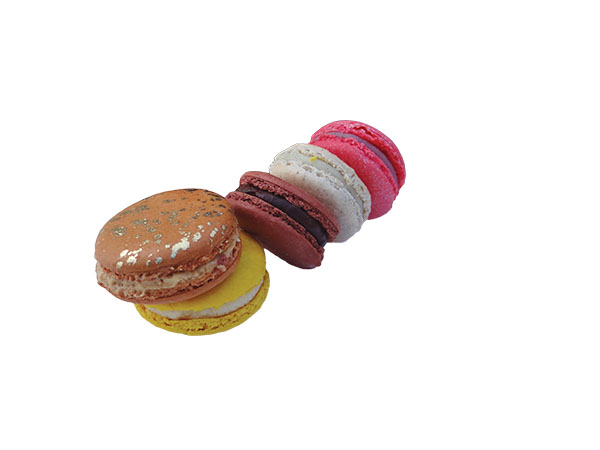 Tout Sweet Patisserie has a variety of macarons in all colors and flavors.

The salted caramel macaron, which, according to store manager Brandi Davis is the most popular flavor, has two macaron biscuits filled with liquidy caramel ganache. The ganache in this macaron is certainly less thick than the ganaches in the other macarons, and contains ample amounts of salt to complement the sweet caramel flavor.

The chocolate macaron is filled with a rich ganache that is reminiscent of the tout sweet chocolate cake. The two cookies that hold the ganache are slightly dry, but were offset by the silky and creamy ganache.

The ganache of the tahitian vanilla bean macaron is almost too sweet, but it is complemented well by the shells, which taste slightly nutty and are almost chewy in consistency.

The lemon yuzu macaron is just sour enough to taste authentically like lemon, but not overwhelmingly sour. The macaron is reminiscent of a lemon meringue pie.

The raspberry and oolong rouge tea macaron is a lovely pink macaron filled with a smooth and sweet ganache. The ganache had a strong but not sour raspberry flavor, with hints of floral tea (but not too much) in the background.