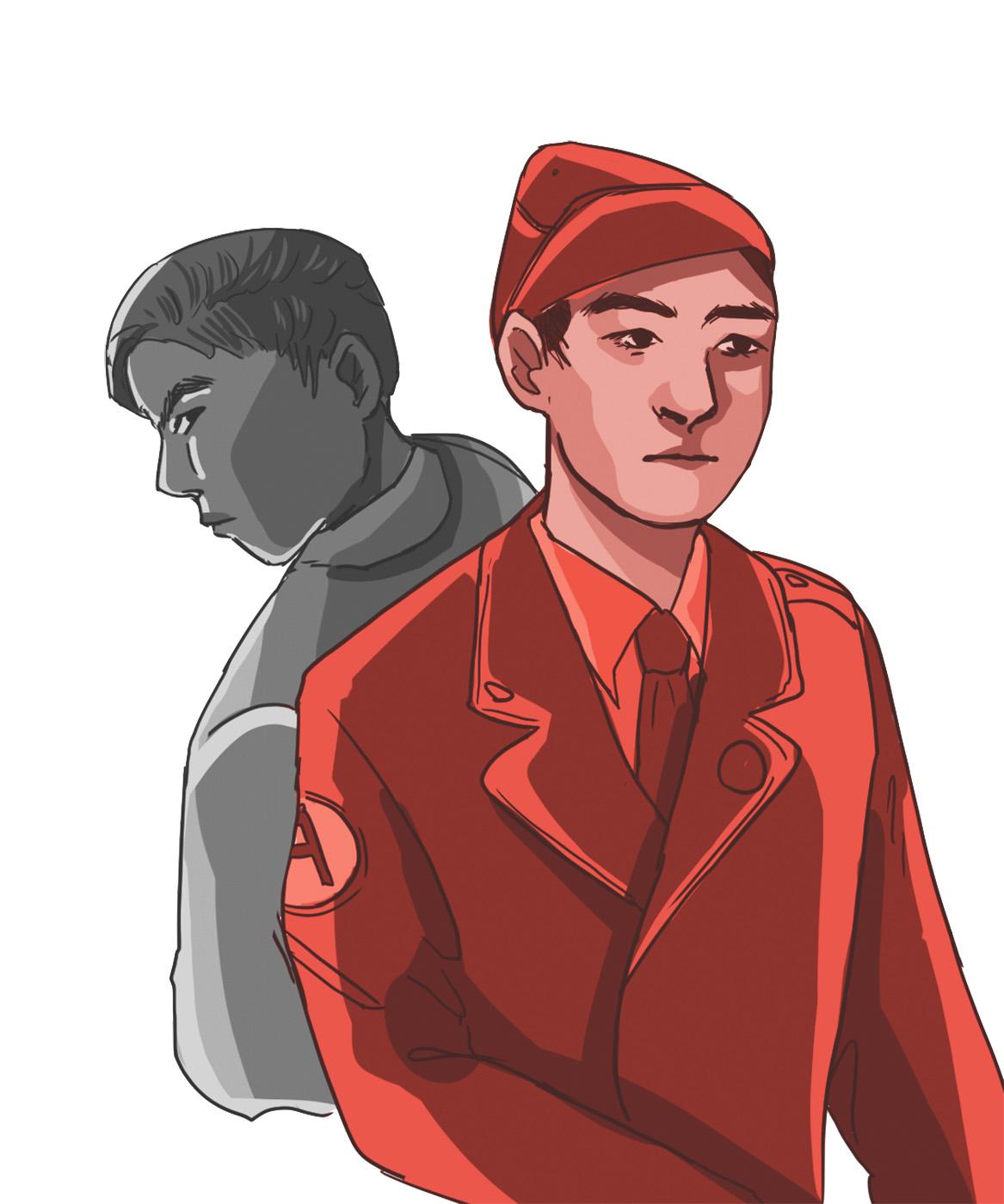 Alumnus of Palo Alto schools. Recipient of the nation’s third-highest military award. Soldier who died in battle upholding American ideals of democracy and equality — despite being placed in an internment camp by the U.S. government.

Does this sound like someone you would name a school after? Many people say yes. But this is the story of Fred Yamamoto, and why students won’t be attending a school in his name.

What’s in a name

To some, the effusive young man is an obvious namesake. But to others, the surname is tainted by bitter connotations that link Fred to Isoroku Yamamoto, a Japanese navy admiral who planned and led the devastating Pearl Harbor bombings in 1941.

Fred’s name was on the committee’s whittled-down list. But RSNAC’s strong recommendation of Fred was thwarted by opposition when Chinese-American community members, in school board meetings and online, expressed concern regarding the other Yamamoto’s involvement in a war that took more than 17 million Chinese civilian lives. When this opposition was branded as racism, tensions ran high.

Now, community members reflect back on a debate that both revealed fissures and cemented a desire for change.

Just as Lee is a relatively common surname, Yamamoto is Japan’s seventh most common last name, akin to the “‘Smith’ of Japan,” as Tanaka puts it. 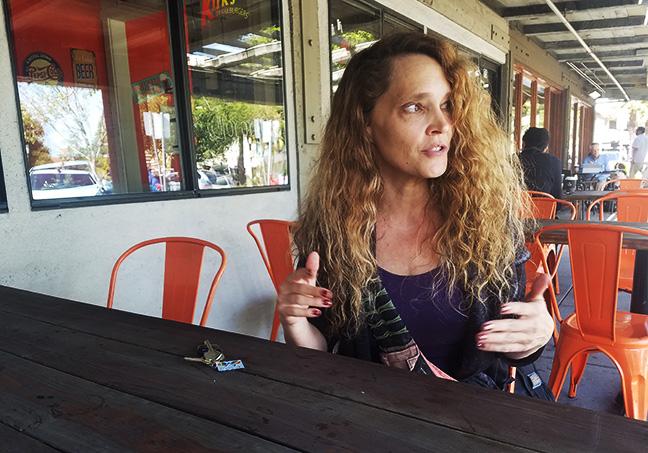 Sara Armstrong, who served on RSNAC, was a vocal proponent of naming a school after Fred Yamamoto. She also says she understands the pivotal role that one’s upbringing and background plays in perception of history. “People’s familial memories, the stories they’re told as children and the way they’re taught history is different depending on where [they] grew up,” Armstrong says.

“The opposition that arose seems strange,” says Chinese-American Palo Alto Human Relations Commissioner Steven Lee. “And this particular individual [Fred] … wasn’t at all related to or affiliated with the Admiral Yamamoto which people protested.”

“Yes, it’s a very common Japanese last name,” Williams says. “But … even my mother-in-law, who is a Caucasian lady [whose] father served in the Pacific War … felt very strongly against it too. So it’s not just a Chinese-American issue.”

Williams’ words reflect concerns voiced by other Chinese-Americans who felt frustration and indignation at accusations of racism. She says that their objections aren’t a matter of race, but rather of suffering felt at the hands of Japan’s total war efforts.

Though he was initially hesitant to weigh in, Lee broke his silence on the issue to support other Chinese Americans whose ideas weren’t reflected by a “loud minority.”

“I have no doubt that it [the name Yamamoto] may have a certain triggering effect, and it’s important to listen and hear how particular members of the community feel,” Lee says. “But when you find out that they’re motivated by racism or other prejudices, you have to take a step back and decide: Are we going to let those prejudices influence our decision making? I think the answer should be no.”

Having researched Fred Yamamoto’s life story and fallen for the young man’s resilient spirit, parent and RSNAC member and Sara Armstrong found it both trying and surprising to hear opposition.

“It felt very painful to hear him compared to a war criminal … because Fred was the victim of discrimination and he rose above that,” Armstrong says.

Disheartened by opposition to Yamamoto, parents and community members presented a resolution at the April 24 school board meeting. The resolution urges the board to address damage done to the Japanese-American community through anti-racism education and outreach.

PAUSD parent Michelle Higgins, a member of the resolution-writing team, believes that the importance of reflecting on recent debates extends beyond addressing immediate community issues.

“The current [U.S. presidential] administration is directly referencing internment as justification for the Muslim ban,” Higgins says. “In this era, where we have a national conversation that questions the right of people to be here and demonizes people based on their country of origin, we cannot afford to be neutral.” 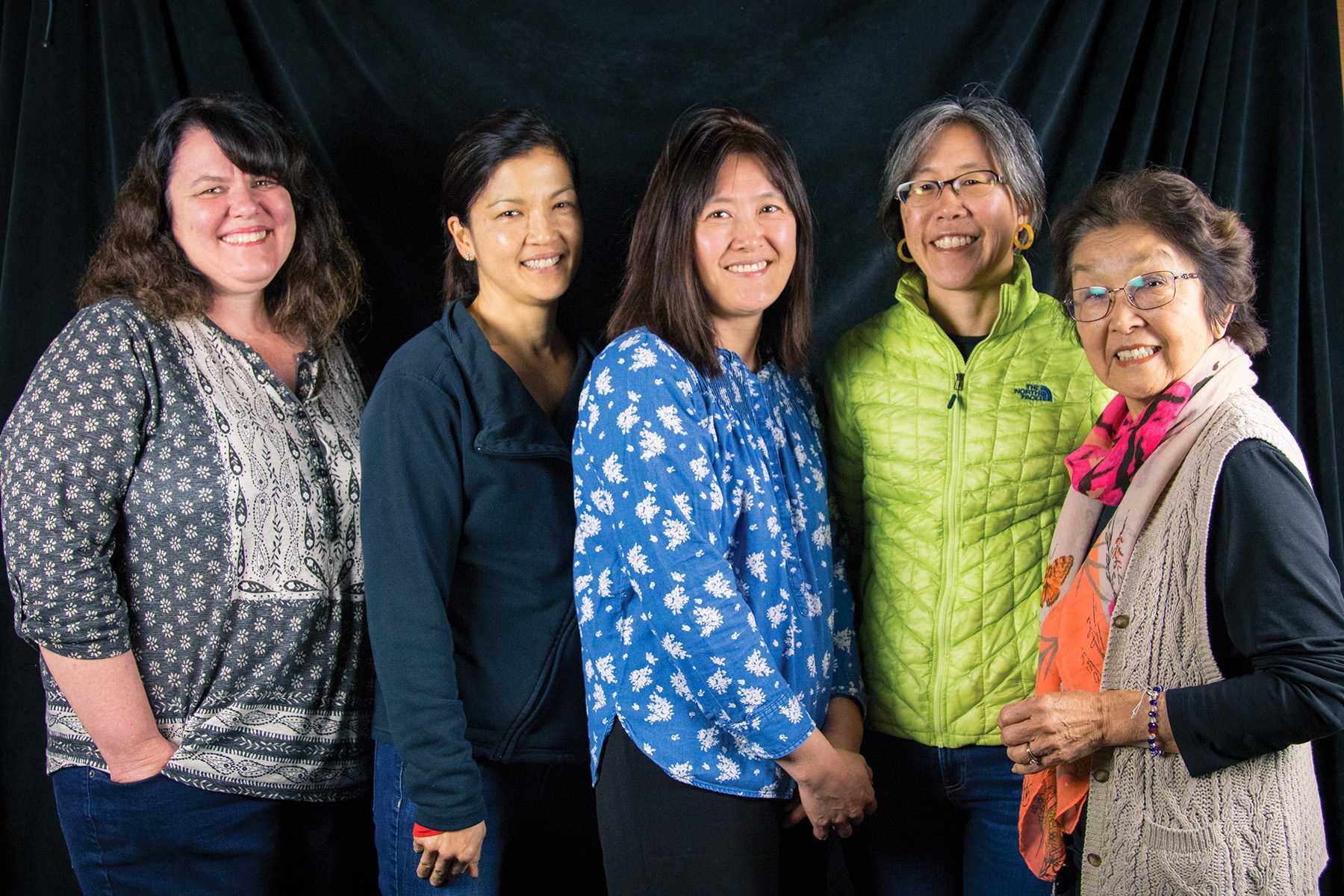 UNITED PARENTHOOD In response to the Yamamoto controversy, Palo Alto parents, including Michelle Higgins, Kim Shimazaki, Eimi Okano, Rika Yamamoto and Satomi Okazaki, drafted a resolution that set specific goals for the school board and garnered over 100 signatures.

Group member Eimi Okano, who was a founding member of Asian Americans for Community Involvement during the Civil Rights Movement, also expressed the importance of not being complacent in the face of perceived injustice. “My concern is that our children may feel less than full-American when they hear this kind of controversy,” Okano says. “We need to clarify and emphasize that these names, that are unusual, are also American names.”

Other parents also experienced pertinent takeaways. For Korean-American Rika Yamamoto, who adopted her Japanese husband’s surname, friendships with parents in a Fairmeadow Elementary School chat group became strained when parents displayed “anti-Japanese sentiments.” But the mother of three PAUSD students has experienced positives: she has spoken for the first time at a school board meeting and learned more about US-Japan relations.

Parent Satomi Okazaki, who although was “disheartened by the whole process,” has also “learned about all these great local and national organizations that are supportive of Asian American civil rights.” And parent Kim Shimazaki now plans on attending board meetings regularly. “One of the great takeaways for me was the importance of making your voice heard.”

While Yamamoto was Armstrong’s first choice, she is content with the school board’s chosen names. Yamamoto stands among two other important figures recognized: Frank Greene, one of the first African-American founders of a publicly traded tech firm, and Ellen Fletcher, a Holocaust survivor who served as Mayor and devoted 40 years to fighting for environmental causes. All three figures, though previously not well-known among many residents, will now be household names city-wide.

“It’s very fitting that a brilliant African American technologist who … lended a hand to people recognized structural inequality in our society, is replacing someone who didn’t believe in an entire race’s intellectual capacity,” Armstrong says.

Harry Luo, whose son attends Jordan, is also pleased. “The name of a school is the identity of its students,” Luo says. “I think he [Greene] is very representative of the local community and where we’re from.”

Despite the strain of community tensions, a prevalent willingness to listen to opposing beliefs was instrumental to the formation of another form of tribute: a scholarship fund in Yamamoto’s name.

“When the scholarship fund was set up, individuals in the Chinese community donated right away, because we would like him to get recognized,” Williams says.

Armstrong likes to think that Fred Yamamoto, who abridged his studies and was unable to attend college because of family obligations and financial need, would have been pleased with the scholarship.

Though the past months have been trying, silver linings have emerged: knowledge that the community rallied to find common ground, and that these efforts raised awareness about an inspirational historical figure.

“For people for whom the first association of Yamamoto is that negative association with the Japanese Imperial Navy, maybe the work we’re doing with the scholarship will supplant those negative feelings,” Armstrong says. “We’ll try to move on. I know there’s still healing to be done in our community, there’s still reflection and empathy to be fostered.”

Higgins echoed Armstrong’s optimistic sentiments, but believes that there is still room for growth as a community.

“I think the scholarship fund is a positive … [but] it doesn’t absolve us of grappling with what happened,” Higgins says. “If we choose to take a very sad moment and grapple with it properly, it’s an enormous teachable moment. We don’t want to split further; we want to come together.”